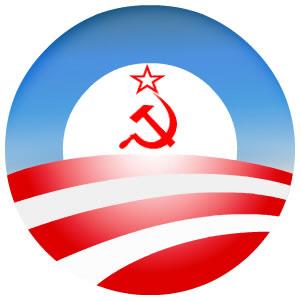 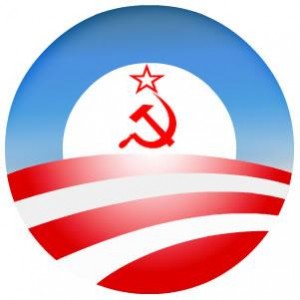 If anyone questions whether or not the elite ruling class in this country is trying to make socialism more palatable – think again. The president who ascribes to a “whatever works” mentality that says human life can be viewed as either a baby or a clump of cells, is now promoting a similar view when it comes economics.

Just like he does with same-sex marriage, the sanctity of life and sexual proclivity, during his tour of South America, Obama blurred the lines between communism and capitalism when he counseled young Argentinians that they don’t need to adhere to any one economic philosophy, but can “choose from what works.”

The pontificating started when a question was posed to Obama about attracting funding from both the public and private sectors to fund nonprofit community organizations. Rather than just answer the question, the president, who was speaking extemporaneously, saw it as an opportunity to exalt what he’s spent the last eight years trying desperately to advance.

So often in the past there has been a division between left and right, between capitalists and communists or socialists, and especially in the Americas, that’s been a big debate.

Whoa! Did Obama finally admit that the left embraces communism and the right identifies with capitalism?

Either way, rather than commend the benefits of capitalism, which is the economic system of the country that he leads, Obama moderated the differences and said that left and right debates over communism and capitalism are “interesting intellectual arguments.” Tell that to socialism’s 100 million victims.

[b]ut I think for your generation, you should be practical and just choose from what works. You don’t have to worry about whether it really fits into socialist theory or capitalist theory. You should just decide what works.

Besides “work” being the operative word, this sort of advice is relativism on steroids.

Moreover, although the generation Obama was addressing have the right to choose to kill their unborn babies, individuals living a market-driven economy like the U.S. do not get to pick and choose between capitalism and socialism.

Nonetheless, Obama was so intent on desensitizing his audience to socialism he went so far as to praise Cuban dictator Raúl Castro’s socialist system. The president gave kudos to Cuba for free education and universal health care (two state-run ways to control people Obama extols) but had to admit that Havana “looks like it did in the 1950s,” which may be why Cubans continue to float their way to Miami on rusted out Chrysler DeSotos circa 1955.

Hard as it was for Obama to concede, Cuba’s economy, where people make $1 a day and eat rationed food, isn’t working. Earth to Obama, socialism never works.

Here’s what is worrisome, based on what he had to say, it seems as if Obama wouldn’t mind American workers living under a Cuban system as long as American cities don’t look anything like Havana. Other than that, he’s fine with it.

Another problem is that the group of people Obama was speaking to might not be historically astute enough to realize that communism and socialism, wherever it was tried, never worked.

But, then again, Barack Obama is the “one we have been waiting for.” Right?

Therefore, if ever there was someone who could make an economic system that has failed every time work, the guy whose election marked “the moment when the rise of the oceans began to slow and [the] planet began to heal,” would be that someone.

Either way, American entrepreneurship, which is what made America great, clearly doesn’t work for Barack Obama, which might be why he told successful American business owners “You didn’t build that.” Somebody else made that happen.”

But what is clear is that Obama adheres to an ideology that believes market-based systems have to have a “social and moral and ethical and community basis.” In other words, capitalism needs to be run by a government that Obama views as “moral and ethical” so that “immoral…unethical” business owners don’t become rich, or, worse yet, independent of government control.

So either the president just suggested that communism/socialism can work, or Barack Obama was attempting to float an idea for a new moral and ethical economic system