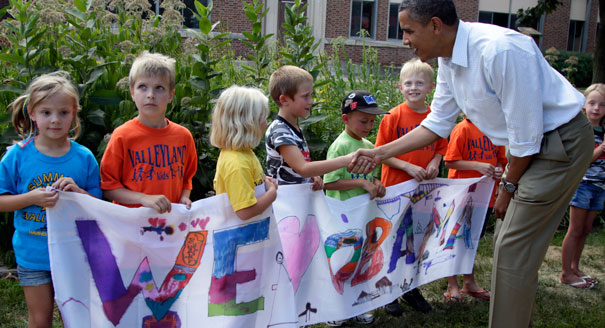 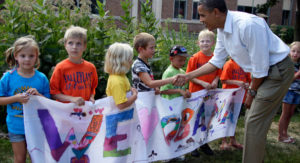 Giving new meaning to the title of her “highly anticipated” memoir, recently, Michelle Obama provided insight into what Becoming may actually mean.

At a Klick Health’s Muse happening in New York City, moderated by CEO Leerom Segal, medical technology expert and health care guru Michelle Obama answered questions from an audience about everything from health to social media to life outside the White House.

Michelle, who just last week used Twitter to give a grown-up and committee-approved thumbs-up to David Hogg and Company’s orchestrated effort to weaken the Second Amendment, informed the audience that she “tweets by committee.”  Obama then said, “I don’t just tweet off the top of my head, which I don’t encourage people to do – especially kids.  Yes, I use social media, but I use it like a grown-up.”

Up to that point, remarks belittling Trump and alluding to racial inequity were standard Obama fare.  However, at one point, things took a turn for the worse.  And while it’s risky business to juxtapose Nazi youth and the goals of modern-day politicians, some of Mrs. Obama’s proclamations should give those “who have ears to hear” pause.

Before delving into the former first lady’s more disturbing comments, let’s take a historical stroll down memory lane with a quote from Adolf Hitler, who once made the astute observation that “he,” or in this case, “she” “alone, who owns the youth, gains the future.”

Rather than hold public office, Michelle said that, at this juncture, both she and her husband prefer to influence impressionable minds by sowing to the “collective future.” The former first lady said she plans to work with the Obama Foundation, whose mission is to “equip civic innovators, young leaders, and everyday citizens with the skills and tools they need to create change in their communities.”

Ironically, after educating America for eight grueling years, and while in the actual process of instructing yet another group what to think, the wife of the self-proclaimed “one we’ve been waiting for” then informed the Klick crowd that:

We give too much credit to leadership.  We wait for some leader to tell us what to do.  These problems aren’t solved by a man.  It is not a leader.  It is us.  We have more power to change the way people think, to change the way we treat everybody, to change the way people see us in the world, by the actions we take every single day.
During the question-and-answer period, Mrs. Obama also underscored the value of the revolutionary approach to activism when she said:

We don’t have to have policy.  No edict.  The Supreme Court doesn’t have to do anything for us not to be racist, for us to be open, for us to practice equality in our lives, in our workplaces.  We’re in charge of that.  If we lived in that country where each of us was really, really doing that, and not just worrying about a tax cut or power or holding onto power … it wouldn’t matter who was in the White House.
In other words, the queen of progressive policy and lunchroom diktats and the king, who, thanks to a renegade Supreme Court chief justice, got his unconstitutional health care law enacted, no longer need edicts, legislation, and a whole branch of the U.S. federal government.

Instead, according to the former FLOTUS, the racism and inequality that she imagines still afflicts this nation could be eradicated on the street level.  This, according to the Obama brand of militancy, would eliminate the need for tax cuts and, more importantly, a president who cuts taxes.

Simply put, the stated task ahead for Michelle is molding and making legions of community organizers who will bust up cities; aggressively attack police; attempt to dismantle the Bill of Rights; and, in the process, define it all as “hope and change.”

During the Q&A, the always upbeat Michelle summed up her assessment of American adolescents in the following way:

I’m optimistic about our kids, always.  We see these kids in Florida, the Black Lives Matter kids.  They are smart, they are passionate, they do have the right values.  They know inequity.  They know wrong when they see it.  There is hope in that next generation.  They’re tired of watching us do the same old thing and expect different results.
The interpretation of that alarming point of view is that Michelle thinks people who agree with the Obama philosophy not only recognize inequity, but also are “smart [and] passionate … [and] have the right values.”

Mrs. Obama’s observations also mean that “wrong” is whatever the radical left disagrees with.  If she took the time to think that statement through, her off-the-cuff assertion destabilizes the left’s foundational contention that the definition of wrong is relative.

Nonetheless, Michelle also indicated that she believes that divergent opinion is synonymous with insanity when she expressed that her “hope” for the “next generation” is to convince those who can be worn down by rhetoric that they are “tired of watching us do the same old thing and expect different results.”

That may be why unsettling images of thousands of young people marching in lockstep popped up when Michelle announced she’s decided against running for president.   Instead, the former first lady said she thinks “it’s a better investment to invest in creating thousands and thousands of ‘mes.'”  In other words, Mrs. Obama believes that in order to “fundamentally transform” the whole world, “older leaders” like herself need to “step out of the way and mak[e] room … [because w]e don’t need just one – we need thousands and thousands”…of Michelles?

Sorry if the comparison is an affront to historical sensibilities, but Klick was supposed to be a medical technology event, and statements like that are eerily reminiscent of the spirit that inspired “thousands and thousands” of German Hitlerjugend.  Therefore, the next time Mrs. Obama is out shilling her upcoming memoir, maybe someone needs to ask her if the word Becoming also refers to the formation of Obama youth.