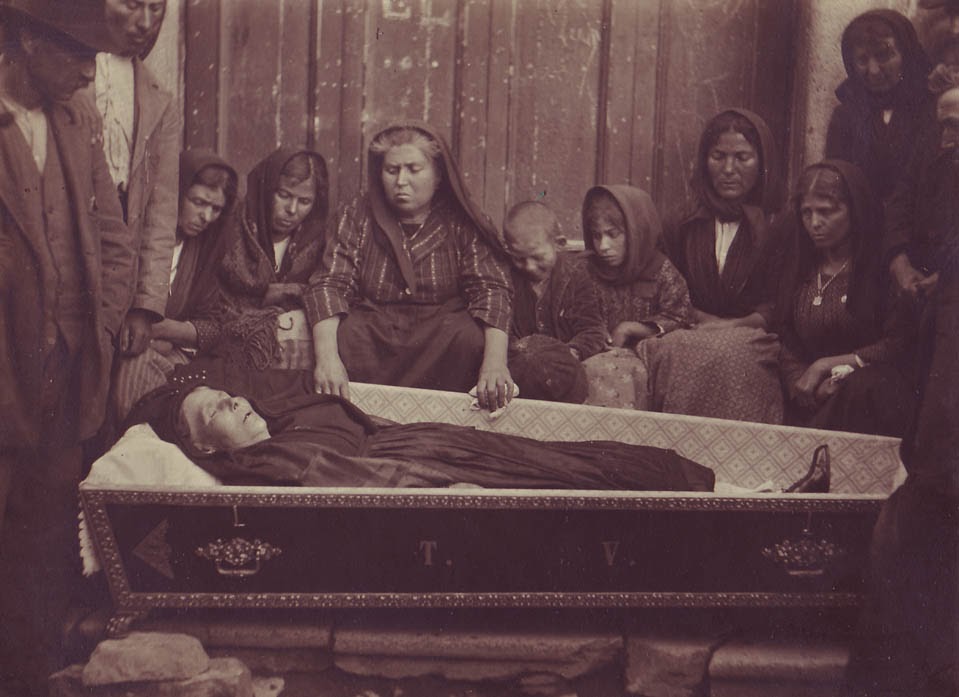 After subjected to stage-managed funerals coordinated solely by Donald Trump’s political enemies, it’s evident that in some circles, having a corpse double as soapbox far outweighs the value of memorializing the dead.

Whether it’s John McCain, Aretha Franklin, or Mollie Tibbetts, when someone dies, Americans customarily offer sympathy without considering the victim’s political leanings.  For a grieving family to command the undivided attention of a nation and then impose upon that audience criticism and political lecturing illustrates how shameless some people are when it comes to elevating agenda above decorum.

The most recent example of politicizing a funeral began when pastors, anti-Semites, politicians, and a cabal of chummy ex-presidents, as well as the fawning left-wing media, pop stars, Hollywood, and the political elite, descended on Detroit and Washington, D.C. to publicly denounce Trump and to advance a message of harmony through a unified expression of hatred.

Then, after the dust settled in Detroit’s Woodlawn Cemetery and John McCain’s flag-draped casket was finally rolled one last time – at taxpayers’ expense – onto Air Force Two, the father of a murdered 20-year-old college student named Mollie Tibbetts nailed the coffin shut, so to speak, when he joined the chorus of malcontents.

In July, Rob Tibbetts’s daughter and “best friend” Mollie was tragically murdered by a Mexican illegal named Cristhian Bahena Rivera.  According to everyone except Mollie and her father, Rivera had zero right to roam the streets of Brooklyn, Iowa.  After stalking Mollie, killing her, and then stuffing her into the back of his car, Rivera dragged the dead girl’s body out of the trunk and dumped her in a cornfield to be ravaged by the elements.

A month later, after Mollie’s body was found, Americans of every political persuasion wept for both the dead girl and her family.  Then, to drive home the point that Mollie’s death proves that illegal aliens put every citizen at risk, conservative pundits and the right-leaning news media warned the nation about illegals like Cristhian Bahena Rivera.

Instead of aligning himself with logic and reality, and instead of fighting to protect other potential victims, Rob Tibbetts decided to virtue-signal on behalf of his dead child in the form of an op-ed published in the Des Moines Register.  In the piece, Tibbetts took potshots at Donald Trump, Jr. and apologized to Hispanics for Americans who dare to think that roving illegal males pose a threat to public safety.

Mollie’s dad defined truth as politicization and challenged his own experience by opposing those who disagree with the lax immigration policy that, whether Tibbetts acknowledges it or not, contributed to his daughter’s death.

Much as Meghan McCain bludgeoned Trump and his followers at her father’s funeral, in the op-ed, Rob Tibbetts corrected those who imply that illegal immigration was at fault for an illegal alien killing Mollie.  Rob Tibbetts also accused those who believe in sovereign borders of “distorting [Mollie’s] death to advance racist views.”

On his daughter’s behalf, Mollie’s father had a message for the Hispanic community:

To the Hispanic community, my family stands with you and offers its heartfelt apology.  That you’ve been beset by the circumstances of Mollie’s death is wrong.  We treasure the contribution you bring to the American tapestry in all its color and melody.  And yes, we love your food.

Regrettably, the dead girl, who Tibbetts wrote was “vehemently opposed” to a nation with borders, is currently unavailable to comment on the menu.

Meanwhile, in Brooklyn, New York, a “colorful melodious” illegal, an MS-13 gang member from El Salvador, contributed his “spark of divinity” when he climbed through a second-floor window into the upper level of a bunk bed and raped an 11-year-old girl.

While Mollie’s grieving father was busy apologizing to the Hispanic community and aligning his daughter with John McCain and Aretha Franklin, Julio Ayala was crossing another border.  Instead of pillaging a nation, this time, he plundered a little girl.

By failing to differentiate between legal and illegal immigration and by offering a “heartfelt apology” to those who, by virtue of being in America, are criminals, Tibbetts took a symbolic stand for every Julio Ayala skulking around the two dozen American cities and towns also known as Brooklyn.

By recommending that America “build bridges, not walls,” what Mollie’s father, bless his heart, failed to consider is how, according to a 2017 opinion piece, written by Catalina Lobo-Guerrero in the N.Y. Times, in Ayala’s home country of El Salvador:

Girls are indeed considered a problem … [and] women are raped and killed daily.  For the past few years, El Salvador has been listed among the world’s deadliest countries for women, and ranks first in Latin America.

The problem for America is that the bridge Tibbetts proposes in Mollie’s honor will undoubtedly attract individuals with cultural norms that originate in countries where women are “raped and killed daily,” as well as beckon north mores that could contribute to someone else’s daughter being found dead in a cornfield.  Either way, after removing the air-conditioner from a second-story window to access his victim, in addition to Tibbetts’s bridge, next time around, Julio Ayala would appreciate if America would be kind enough to provide him with a ladder.

Though expressed in print, Tibbetts’s written words mimicked the tenor of the bully pulpit that was erected in D.C.’s National Cathedral, where, in John McCain’s honor, those who despise Trump, verbally dispensed discord to foster unanimity.  In like manner, Rob Tibbetts’s blatantly political op-ed attempted to shame into silence those who dared oppose a dead girl’s father, promoted an open borders agenda, and accused political adversaries of what Tibbetts is doing himself.

By lobbing verbal torpedoes at Donald Trump, Jr. and anyone else who resists open borders, what Tibbetts did in the Des Moines Register was not at all different from what Meghan McCain did in Washington, D.C. when she insulted the 62 million Americans who voted for Donald Trump.

And so, once again, Trump-haters have proven that furthering a political agenda far outweighs the fear of criticism that could result from exploiting the death of a loved one.