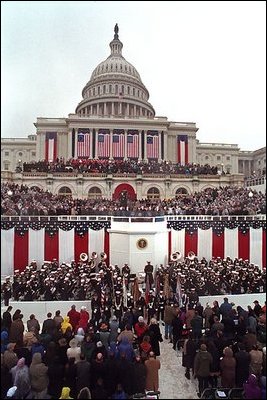 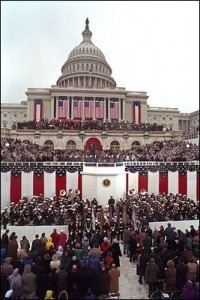 I don’t know about you but I can certainly be unthinking at times. I know when it is happening, I’m being ferried along by a power that almost has substance, it surrounds me and fills my mind with 1,000 reasons why I should do something I ought not to do. For instance, I see something I want to buy and I self-talk myself into believing that a). I can afford it when I can’t, or b). I tell myself I’ll worry about it later and then proceed to embrace the momentary pleasure that comes from being propelled both forward and through obvious involuntary impulses. Or how about when you’ve been emotionally moved to make a decision that you haven’t had the time to think through? Your emotions sway you to make a choice to do something based on how you feel at any given point.

Our emotions, wants and needs are influential motivators and have a controlling effect on us impelling us in any one particular direction. We are incited daily to act upon our passions, feelings, wants and needs and many of our reactions are impulsive in nature. We are individuals who oftentimes don’t judge on a macro level. We become victimized by the mechanics of force, captives lodged in the moment making life altering decisions that are driven solely by sentiment and not by knowledge or experience.

I wonder if that is what happened in the housing crisis? People, who didn’t have the money to afford something they wanted, saw an opportunity to purchase it anyway. Did they ask themselves, “Why not, it will be OK?” Could it be that many of these same people reacted impulsively to the opportunity by telling themselves they deserved a house? I wonder if after being wooed in by lenders who promised them the world, these same people pushed reality out of their mind. Intrinsically don’t we all know what we can afford and what we cannot afford? Did they chant the hasty person’s mantra, “I’ll worry about it later?” Not thinking through the ramifications of taking a loan you have no means to pay back and then merrily walking off with the keys to a house you can’t afford is momentary gratification, the ultimate reward for victims of impulsive behavior.

Usually, impulsiveness is cured when the pain of the decision is driven home and the next venture into spontaneous, emotion driven decision making is met with some hesitancy as a result of painful realities that come as a consequence of past impulsive decisions.

This didn’t seem to be the case this election year. Droves of impulsive people were clamoring for someone to alleviate the pain of their reckless choices. They desired someone to rush in with an economic shot of Novocain to numb their financial pain. Unfortunately, when finding the antidote to their impulse impasse, instead of learning from their past mistakes, they exercised a brash reaction once again. Large masses of people were swayed by emotional rhetoric and responded in waves with involuntary impulsiveness, born solely from speechifying and oratory that had the power to impel them in the direction the words wanted them to go, right to the polling place. Those who should have learned from their past were incited to action. There was no information to think through but that didn’t seem to matter. The history presented to them was blanketed by the same voices that usher an impulsive shopper toward cashier. “Ignore the warnings”, “Rush toward your desire”, which is usually met with fevered abandon. This election year, the mechanics of force were successful in inciting a momentary response in the voter, without encouraging continuous, measured, thoughtful consideration of the choice that was being made. This is defined as being impulsive. Impulsive people in debt, who wanted a quick fix correction to the result of their original impulsive mistakes, made another impulsive decision in hopes the second would correct the first poor choice?

This is an example of an impetuous citizenry who made a decision born solely out of emotion. A spontaneous choice made like madcap shoppers responding to a glossy, falsely convincing Madison Avenue advertisement. A cadre’ of consumers oblivious to the possibility of having to one day handle the dismal consequences of a wrong purchase. This is a corporate decision, which is dreadfully impulsive, brash, hasty, irresponsible and nationally reckless.