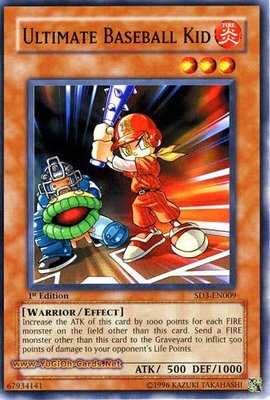 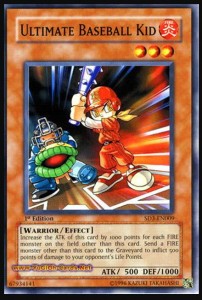 Luke my ten, soon to be eleven, year old grandson came over to spend a Sunday with me and his Grandpa.  Luke is the type of child that likes money, wants to make money and is always thinking of ways that he might be able to make “a lot“ of money — and if anyone in my family will be able to one day make a huge amount of money and be tremendously successful…Luke is likely to be the one to do it.  He is determined, hard working and smart and has lots ingenuity.
This particular Sunday, it was cold and rainy and Luke Michael being his usual industrious self was looking for a project.  In the upstairs closet was a dresser with four drawers filled with collector cards, Yugioh, Pokémon and Baseball cards, which I suggested to him needed to be organized and sorted out.  I was willing to help.  I didn’t have to ask twice, Luke is a child who eagerly dives into any type of worker bee job and goes at it with gusto and stays with it until the bitter end to make sure it gets done and gets done properly, all qualities that used to be a valuable asset to an individual in this country.

Luke climbed up and down the stairs over and over again lugging down all the heavily laden drawers.  In each container were not hundreds but thousands of cards and they were all jumbled together.   We had our work cut out for us and I knew it.  So we sat on the floor and came up with a system and began to make piles by category and then by color.  We located the Dark Magician and made a pile out of the “Blue” cards.  We separated out the special editions and Pokémon trainer cards.  As we were sorting I said to Luke, “You know Luke these are in great condition, maybe you could sell them?”  His eyes lit up!  “Yeah, Gram do you really think I can?” he said “Maybe I can sell them on eBay?”  I replied, “You could try but first let’s get them sorted out and neatly organized so you can tell what you have here.”   Luke agreed and what ensued was an tedious job sprinkled with in depth conversation on selling a product and making a profit, both of which had this young entrepreneur transfixed.

We worked diligently and it wasn’t easy, especially on my old bones…but we kept at it.  Luke was getting more and more excited and as he worked he kept asking me about the ins and outs of selling the cards.  I just kept encouraging him to maybe hold on to them so that they would eventually be worth even more.  He would have no part of it.  He was selling and getting the money as soon as was humanly possible.  As far as he was concerned he as good as had four drawers full to overflowing with greenbacks.

Being my usual self I thought it would be a waste to let such a perfect opportunity pass by where I could help to mold my Grandson into a “true” American.  I decided to drive home a point that would work well in teaching Luke a life lesson that I felt he needed to know and understand.   He asked me, “Gram how much do you think I can make selling these online?”  I said, “I don’t know, maybe $500.00, I don’t know what they are worth?”  Wide-eyed and full of confidence Luke replied, “Oh Grandma they’re worth a lot-a lot.”

Door  wide open for object lesson.  I said, “You know it’s really a darn shame.”  Luke said, “What?” I replied, “It’s just too bad about all the money.  I mean Pop bought these for you from when you were little boy.  You took such good care of them and now we’re doing all this work to sort them out and get them organized…and” “And Yeah?” he said.  The child was glued to every word I was saying.  “And then after all this work Mom and Dad are going to help you go on Ebay and little by little try to sell  all these cards, which is great…but” “But what?”  he asked.  I slowly and delicately broke the bad news, “But if you get $500.00 for all these cards and all this work, you can only keep about $250.00.” Eyes as wide as saucers and in total shock he said, “What! No way! Why?” I said, “Because you have to give the other half to Obama.  He gets half of everything we earn.”

Luke looked at me in total open-mouth, wide-eyed disbelief.  I then said, “Maybe if you’re lucky you’ll get $250.00 it will probably be worse than that though,” punching up the drama a bit.   The sorting slowed down, there was a long pause and the vigor of which he was working toward his profit slowed to a dead halt.  “What do you mean Gram?”  I said, “He may even make you take the $250.00 you get after you give him the other half and force you to give it to that lazy kid down the block.  You know the one who lies on the couch all day and doesn’t even have one Yugioh card to his name.”  His face grew dark and totally changed and he said nothing for a few seconds.  Then he took a bunch of cards that he had in his hand and threw them roughly to the ground.  He was totally deflated, head down, kicking the cards as he walked away he said, “That’s not fair…then why should I even bother,”  which my friends is precisely the point.