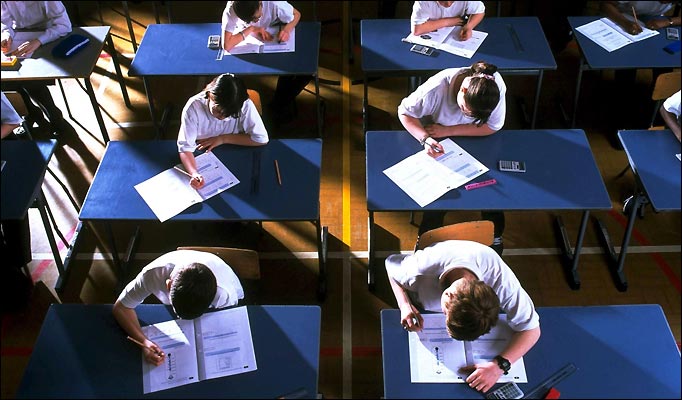 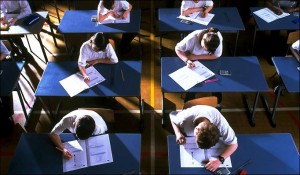 “School choice is important because the choices that families make today will universally impact the present and the future of our communities, our nation, and our world.”

The right-to-choose platform should choose another name to identify their movement. At face value, the words right- to- choose are misleading. They convey unlimited freedom and autonomy for individuals. Yet, when the lofty, promise-filled rhetoric ceases and Obama recedes from the lectern Americans are being controlled by powerful campaign supporters, leftist, radical ideology and ambitious political expediency. In Obama’s America the “choice” crowd does the choosing.

One such example is the Obama administration deciding to defund the Washington Scholarship Fund, a pilot program where low-income families have the opportunity to opt out of a deplorable Washington D.C. school system. Bryon Davis, Washington Scholarship Fund’s Senior Director said scholarship awardees “choose schools that work best for their children.” According to Davis, the D.C. voucher program provided school “choice” for underprivileged students. Choosing which school to attend is a “… opportunity that people who have money take for granted,” especially in a community where such a large percentage of politicians enroll their own children in private school.

Given the aversion that both the “choice” President and his “right to choose” Congress have expressed for the voucher initiative, coupled together with fanatical indebtedness to teachers unions, it’s not surprising the push is on to stifle the Washington Scholarship Fund, restricting yet another choice to Democratic discretionary control. As witnessed by other policy decisions, for the right-to-choose group, “choice” has little or nothing to do with the well-being of children.

Due to ideological inflexibility and efforts to placate teachers unions and insure voting blocs, integrating Washington D.C.’s underprivileged children into a flawed system destines them to academic failure. Those suffering from the stance against voucher funded education are mainly poor African-American students. Nothing could be worse than having the first Black president snuff out the “hope” of school children by choking off funding for a flourishing educational program.

The voucher program provides $7,500 in funding per pupil and costs $14 million per fiscal year, benefitting 4% out of 50,000 Washington D.C. students. For budget minded citizens, the voucher program has proven to be, “…more cost-effective than the $13,000 per student public school system.” Many anti-school choice advocates allege the Opportunity Scholarship affects the funding designated for D. C. public education, “…one of the worst and most expensive in the country.” On the contrary, the program doesn’t siphon money from the public school system, it actually saves $5,500.00 per child, providing D.C. public schools with “…an additional $13 million annually.”

In Washington, the marriage of politics and priorities drive every issue. Obama’s $800 billion dollar stimulus bill included $50 million for the National Endowment for the Arts, three times more than the $14 million in government-allotted education dollars for the school voucher program. In a symbolic gesture to the left, the president also requested $50 million to relocate prisoners from Gitmo to God knows where. In lieu of funding the education of inner-city children, prisoner relocation has taken priority. This is a questionable precedence to set, unless of course sometime in the future Obama hopes to garner public merit by sending terrorists to private school.

A federal study has confirmed the effectiveness of the Washington Scholarship Fund program. After three years, the reading scores of voucher recipients were higher than public school students. Statistics show that, “…fewer than half” of Washington’s Roosevelt High School students, “… are proficient in reading or math.” By placing an axe to the root of the D.C. school voucher program, Secretary of Education Arne Duncan will be the one promoting the achievement gap between poor minorities and whites.  If the pilot initiative is terminated, a Democratic administration who claims to want to improve minority children’s educational outcomes will instead be responsible for advancing their failure.

The Education Department had to know about the positive academic results of the federal study months prior to the program being defunded. This is why the liberal Washington Post accused Obama Democrats of being;

Captive to their own political interests and those of the teachers unions in opposing vouchers: Why else has so much time and effort gone into trying to kill off what, in the grand scheme of government spending, is a tiny program? Could the real fear be that school vouchers might actually be shown to be effective in leveling the academic playing field?

The president claims to want to lift the downtrodden from poverty and to extend quality education to every American child. A product of humble beginnings Obama received a scholarship to attend prestigious Punahou Prep School. Dependent on scholarship opportunities for personal advancement one would think he would favor vouchers for other people’s children. When it comes to providing school choice for the underprivileged, Obama does not seem of the mind to “Do unto others.”

Harkening back to the campaign, Senator Obama stated he was open to supporting private schools if research revealed that it worked, “I will not allow my predispositions to stand in the way of making sure that our kids can learn…we’re losing several generations of kids, and something has to be done.”

An old African proverb says, “When deeds speak, words are nothing.”

By signing the Omnibus Budget Bill, which had hidden in its text the phasing-out of the successful initiative, the president betrayed his campaign declaration. He revealed that “choice” for liberals applies to very precise things, which are selectively determined by them. Under pressure from betrayed parents, Obama acquiesced to delaying the revocation of the scholarship program until the present class graduates, providing a grace period until 2011. However, with one swipe of his pen Obama has decreed that, “After graduation… ‘School choice’ ceases for poor Washington D.C. kids!”

Barack Obama is relinquishing a golden opportunity to distinguish himself as a principled leader by allowing ideology and ambition to force impoverished children to languish in failing Washington D. C. schools. It is still unclear whether politics, powerful teachers unions, or the ideological parochial school component is at the root of his objection. Either way, his decision to discontinue the voucher program is both inequitable and disconcerting.

By signing a bill that will phase out the Washington D.C. voucher program the president sups on caviar and champagne while dishing out gruel to the proletariat. His bourgeoisie edict demands that coupons for a Sidwell Friends-level education be confiscated redirecting the herd to an educational dollar store. For the “right-to-choose” champion, choice is taking on a whole new meaning as policy decisions are clearly based on choices that benefit political purposes and not the educational progress of America’s neediest children.