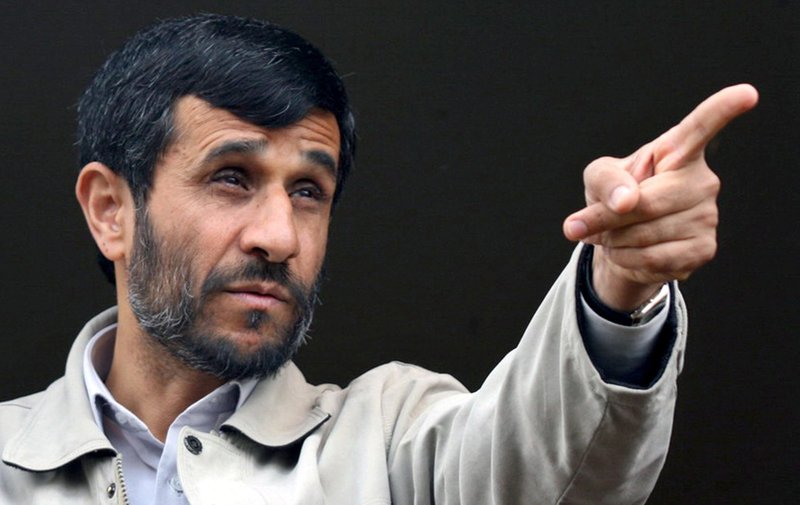 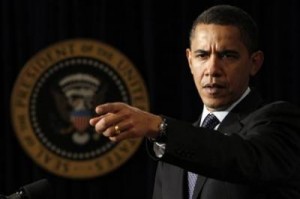 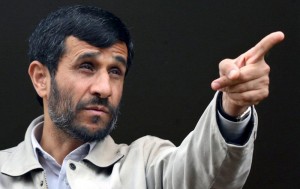 In a “…season of new beginnings” the hope and change President Barack Obama has expressed he “…would like to speak clearly to Iran’s leader.” The Iranian dictator has responded by saying he would welcome a debate with the president if it was held in an unbiased, anti-Semitic venue like the United Nations. As a concerned resident of the global community it is unlikely Barack Obama would decline such a gracious opportunity to interact face-to-face with the maligned despot.

The Iranian leader is preparing the debate arena by drawing a chalk line across the floor. In hopes of wooing Obama to the conversation Mahmoud is industriously removing stones and rocks by rejecting “Western proposals for Iran to ‘freeze’ its nuclear work in return for no new sanctions.” In addition, Mr. Mahmoud is warming up the dais by delineating additional margins for his opponent by the friendly dispatch of warships to, “…international waters and the Gulf of Aden…indicative of his country’s high military capability in confronting any foreign threat on the country’s shore.”

Hopeful that Barack Obama will agree to the contest, Mahmoud is also preparing the pre-debate fallow ground by bald-facedly precluding their discussion by saying, “…the dispute over his country’s nuclear program is ‘over’.” Obama will likely agree to Mahmoud’s qualifications or he would be setting preconditions of his own after vowing to the global community to have none. If Barry favors bantering with the Iranian dictator, which would be a photo opportunity not to be squandered, submissively steering clear of nuclear issues and a surrendering all preconditions would make Obama the precondition dupe.

In an attempt to justify his positions, Ahmadenijad appears anxious to engage the novice American president in direct dialogue about things he has been openly discussing worldwide since January 20th, which is “the origin of the global problems.” Mahmoud is probably more than willing to review with Barack his unending punch list of apologies and address US culpability as the origin of most global woes, a subject the US president is adept at reiterating every chance he gets. For Ahmadenijad a debate with Obama could evolve into a convivial love-fest replete with duplications of Obama’s derogatory American sentiments.

Debate is supposed to be verbal interaction between people with opposing viewpoints who argue to make their position known in an attempt to convince their opponent to convert to their way of thinking. This would not be the case if Obama agrees to an Ahmadenijad repartee. For a mediocre debater like Barack Obama, debating Ahmadenijad would merely be an opportunity to win a contest, or at least score a respectable draw by sparring with a challenger who shares analogous opinions on  his own anti-American views.

Obama agreeing to debate could benefit both he and Mahmoud, furthering both their agendas. They could enlist CNN Palestinian sympathizer Christine Amanpour to frame all the pertinent questions. 60 Minutes, interviewer Mike Wallace could set the tone by allowing Ahmadenijad the time to confront Obama on how the United States has been disengaged and sought to dictate their terms to the rest of the world. Obama, who is of same opinion as the Iranian dictator, can then recap exactly what he expressed at the Summit of the Americas in Port of Spain Trinidad.

Ahmadenijad can then proceed to tell Obama that the United States is an, Israel loving nation at war with Islam and accuse America of breaking trust with the Eastern Hemisphere. Barack can concur by saying, “It is true that the trust that binds the United States with places where the Muslim faith has been practiced has been strained because of past administrations?” He can then guarantee that, “We are not at war with Muslims, especially not Iran,” which will surely warrant break time for kisses on both Obama’s cheeks and a big Persian hug from his new found comrade.

Addressing the global economic crisis Ahmadenijad can verbally indict the, “Leaders of the Western bloc … for trying to extend their own crisis to the rest of the globe to portray it as global.” Again, Obama can come along side his Iranian fellow world citizen and agree, “It is true that the economic crisis that the world is experiencing started in the US?” Before the first buzzer goes off Barack Obama can fit in taking responsibility, apologizing and coinciding with Iran’s tyrant that he is in fact correct emphasizing he too is relieved that the United States’ has lost high standing in the world. Obama’s full accord should result in Ahmadenijad breaking out in a full unbridled bandari dance.

After he calms down Mahmoud can then express gratitude to Obama for wresting banks out of the hands of the Zionist bankers who are largely responsible for the world’s financial woes. Then Mahmoud can thank the UN for sponsoring the debate acknowledging with pride their long history of rightly felt anti-Jewish bias and condemnation of Israel in much the style and manner of Barack Obama’s long time mentor and pastor Reverend Jeremiah Wright . Barack can express to the panel that even Reverend Wright would agree that notwithstanding His Jewishness, “…had He been alive today, Jesus Christ would be on the side of Iran, not the West.”

Impartial journalist Christine Amanpour can then address Bush’s “war mongering” approach to the Middle East and the former president’s past mistakes in the same manner Obama has expressed the world over. Mahmoud can offer unfettered praise to Obama for exposing Bush for the failure he was. Ms. Amanpour can touch on Bush’s counterterrorism policies and refer to them as torture and then both Ahmadenijad and Obama can in unison give Bush a duo thumbs down reaching between podiums for a customary fist bump.

Obama can remind his rival that even his newest compadre Hugo Chavez felt George W. Bush was responsible for the world’s economic crisis and desired to see the ex-President put on trial. Mahmoud will likely suggest to Obama that Bush be tried for his economic foibles at the same time the administration prosecutes him for war crimes and torture…Obama might be apt to applaud Mahmoud for such an obviously efficient proposal.

Mahmoud can again stress discussions are “Over” concerning Iranian nuclear proliferation aspirations and thank Mr. Obama for his submissive attitude on the subject. If Obama ruffles a tad, Mahmoud can tamp down his reaction by rearticulating how, “Regardless of what Mr. Obama says, even he has admitted that ‘All too often the United States starts by dictating…and they don’t always know all the factors that are involved.’ Obama has even said, America needs to listen more…even the president of the Great Satan admits mistakes and lack of perfection. So why Iran should be forced to comply with their wishes?” When Obama is slated to reply he can again be of the same mind as the Iranian despot saying, “You have an excellent point there my brother.”

Three quarters of the way through the debate, it should be evident that every quarrel Ahmadenijad has against the United States has been one that Obama has commiserated with. Even Christine Amanpour might be forced to ask the obvious question, is this any way to run a debate?

Addressing the high level of agreement between the two world leaders Obama, speaking on his own behalf can then express to the CNN reporter, a beaming Ahmadenijad and a slack jawed Mike Wallace. “I’ve always been someone who’s brought people of different views together by trying to reach a higher level of candor and honesty and understanding. Moreover, that has worked well for me…always addressing our own imperfections. I want to understand my Iranian brother’s hurts, pains and feelings.” Mahmoud will obviously be so thrilled with Obama’s response he will likely embrace the president and squeeze him to the point of bear hug embarrassment.

Obama may be forced to push the Iranian leader off and point him back to his stead. After regaining his composure Ahmadenijad can then turn to Barack Obama and thank him for never stringently opposing his nuclear ambitions. And, in an effort to finally end the Middle East crisis, for understanding Iran’s jihad justified desire to wipe Israel off the map. He can express appreciation for Obama by admitting that even though the Persian culture might be a little different he is relieved he can exercise candor and honesty without the risk of the American president instituting new sanctions, threatening military action or going beyond stating, “Let me be perfectly clear…this is unacceptable.” Ahmadenjad can convey overwhelming gratitude that Obama’s supercilious rhetoric is never followed-up by action!

Obama can then conclude by telling Ahmadenijad that exposing America’s deficiencies has worked well in bringing people of different views together. It won him an election! It has become the hallmark of his inexperienced, anti-American, leftist agenda presidency, gaining him new likeminded colleagues all around the nuclear obsessed world.

Wrapping up Obama can acknowledge that without a word of decent he accomplished the impossible his first successful debate tie with both parties in complete concurrence.