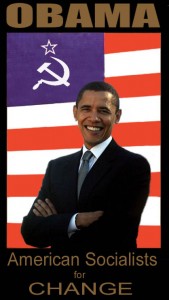 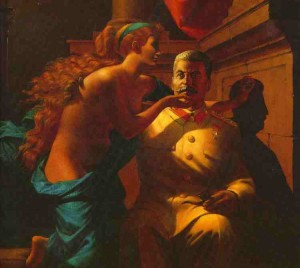 The year is 2019 and a once great nation is now a distant memory. For those who witnessed the death of Lady Liberty, reminiscing only adds additional pain to an agonizing realization that her glory was forfeited when America refused to identify obvious red flags.

In 2008 a “historic” election transpired that plunged the United States into the darkest hour in human history.  Little did her citizens know, when they were ferried along on a wave of propaganda, that its result would encumber a free country with restrictions, taxes, regulations and limitations hurling a powerful, advanced civilization backward into a primal, repressive state.

A liberal, left wing media, an articulate, crafty president and a power hungry Congress and Senate used slogans and catchphrases to intrigue the youth of a nation and captivate an easily convinced electorate. Political correctness, the race card and environmental guilt pushed an entire nation headlong into an undertow that, once drawn under, was inescapable. Like sand through open fingers the people relinquished egalitarian power.  It was then gathered and fashioned into a moat protected fortress, which King Obama entrenched himself in and refused to evacuate.

As each month passed following the inauguration of Barack Hussein Obama, Americans refused to acknowledge obvious red flag caveats.  Gradually a socialistic, soft tyranny crept over the nation like a stupor anesthetizing the masses to the implication of their own apathy and inaction.

The result, negative impact on every aspect of American life.  Families suffer losses due to stringent health care policies; neighborhoods stand desolate due unbearable tax burdens. Parents point out obsolete paper money to children in museums.  And insupportable environmental policies snuff the life from disheartened inhabits who occupy streets, searching for solace in a world without comfort.

Over a decade, bit-by-bit, liberal policies were enacted while most Americans were otherwise occupied, disinterested or distracted. The nation was lulled to sleep, force-fed into a policy coma, while the president, Congress and Senate bankrupted the nation and enslaved citizens.

In 2009 politicians urgently persuaded Americans to accept government intervention as a remedy for fostered crises that they were convinced threatened their lives.  At that time, Americans were diligently laboring in a besieged economy. They were too busy to focus on the ramifications of policy initiatives being foisted upon them in the name of “change.” In down time, Americans escaped through reality television and surfing the Internet, repeatedly articulating they, “…were not into politics and their vote didn’t count!”

Liberal politicians seized the opportunity and intervened in bailouts and stimulus packages. As a result, America was ferried into a socialistic style of government before they realized what befell them. Barack Obama’s Marxist platoon of political power whores absorbed the means of production in auto, mortgage, banking, pharmaceuticals and ultimately health care.  They added “insult to injury,” by saddling the American people with a yoke of severe environmental policy.

In 2010, tax rates skyrocketed in order to cover the exorbitant cost of Obama’s government programs and budget.  Inflation from the printing of money and the national debt forced taxes to be raised to 85%, initiating a program where no one receives a paycheck.  Funds go directly to Washington DC and each family is given an equal portion of the common pot in order to further Obama’s Equality and Fairness Pay Code.

Green policies even require bedding be regulated; women are forced to collect rainwater in garbage cans to wash laundry on washboards to save water and energy.  Environmental policies demand eco-friendly appliances installed in every home along with  windows and solar panels on green-shingled roofs, which bury Americans under crippling debt.

Under oppressive financial burdens large portions of the working class have been regulated into public housing, where lights are out at 8:45 pm and communal toilets are programmed to flush once daily. Crowded, dirty, cramped, smelly and dangerous these shelters are overseen by armed Housing Czars.

Emission standards facilitate government to confiscate cars made before 2011, while regulating the number of vehicles on the road.  Since 2013, most people walk or slowly ride bicycles!  Running is fined and strictly forbidden because it causes elevated CO2 levels in the atmosphere, due to increased respiration.

Paper money is outlawed and all citizens are tattooed with a bar-code in order to buy food at designated communal co-ops.  Food allocation incorporates government-approved dietary standards.  People with chronic health issues, smokers and addicts are placed in camps, are monitored and deprived of health care. Cameras are installed everywhere and if diabetics are caught partaking of prohibited food, they are denied insulin injections.   Fines for food infractions are calculated, when the limit is met, the result is denial of services, pharmaceuticals and sustenance.

Under the Government’s Right to Choose Act, families are allotted two children and are required licenses to conceive.  After the birth of a second child forced sterilization is promptly administered. Without exception, all unauthorized or at risk pregnancies end in compulsory abortion.  Gay married couples are given credits because of their inability to reproduce, which has encouraged many adolescents to accept and acclimate themselves in response to governmental reimbursements for homosexuals.

In an effort to provide health care to “useful eaters,” the government provides limited palliative care and unlimited end of life drugs in order to save money on the elderly.  Social Security and Medicare were eliminated in 2010 with the enactment of the Obama Healthcare Hygeian policy.

Granny Goodbyes have become more popular than birthday parties and have become part of the national fabric of life.   At age sixty-five all Americans are required to retire to Conclusion Compounds where they are forbidden to leave the premises under threat of termination.

The First Amendment of the Constitution was edited in 2011, in order to quell talk radio.  After the Fairness Doctrine was enacted free speech was eliminated, the right to peacefully assemble was forbidden and the only religion permitted is the one that recognizes Obama as a type of mortal god who provides for the public need in accordance with government largesse.  Citizens caught with sentimental relics, crucifixes, Bibles, Mass cards, yarmulkes or participating in the environmentally unfriendly nerot are penalized, fined and imprisoned.

In 2013 citizens were forced to relinquish arms after the liberal judges on the Supreme Court amended the Constitution.  Obama Civilian Commandos, who are armed now heavily patrol streets and have permission to shoot whoever is deemed a threat to the common good.

In 2014 we were absorbed into a global organization, our military was dismantled and our nuclear arms surrendered to the international community.  In an effort to demonstrate our desire to be part of the Global Equalization Agenda Obama volunteered as the titular head of the colloquium of worldwide colleagues.

In 2016 the election was canceled and democracy officially ended in the United States of America.  Barack  took full control of the government with the large band of civilian revolutionaries who were trained in the hills of Montana four years prior to the overthrow.  At that time, Obama commiserated with dictators and put his approbation on similar constitutional crises and illegal elections, an ominous red flag that Americans should have recognized, but were too busy programming the iPHONE to notice.

So, in 2019 as Barack Obama rules and reigns from the throne room of 1600 Pennsylvania Avenue the memory of what our nation once was has dissipated under a cloud of wretched dogmatic tyranny.  The heavy hand of dictatorship has imprisoned an entire nation within a reformatory atmosphere of misery and hopelessness.

Oh, that we had paid attention when there was still hope for change.  Oh, that America had reacted appropriately when Obama was slowly running a “red flag” up the flag staff in place of Old Glory.