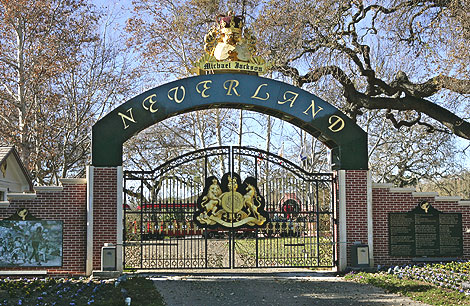 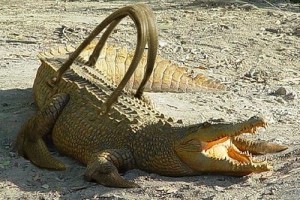 During her recent overseas trip Michelle Obama walked through Russia’s equivalent to the Sherwood Forest with Robin Hood, Dmitry Medev and his wife Svetlana.  Michelle carried an alligator clutch bag filled with money the Earl of Huntingdon-in-Chief stole from the rich to disperse to the poor.

The manila clutch, designed by Italian luxury goods manufacturer VBH, was reported to cost $6,000.00.  The White House quickly responded to the report saying, “No way,” the bag was an inexpensive, $875.00 knock off.

Always the fashion icon, Michelle was shocked by the clarification and embarrassed by the implication that she would wear cheap accessories. She promptly responded saying,  “The bag is not a knock off! What my representative meant to say was two crocodiles were knocked off in order to make the bag.”

It was later revealed that two alligators, used for the bag, were taken directly from Michael Jackson’s Never Land zoo in an effort for the White House to memorialize the late entertainer.  The First Lady said, “Carrying this clutch, as Barack and I travel the world, gives honor to Michael Jackson and reminds people of his great love of nature, children and his dedication to world peace.”

When asked about the exorbitant price of the clutch and the message it sends to struggling Americans during a time of economic hardship, the First Lady responded, “I think its vitally important to encourage those Americans who do not pay taxes. They need to know that when Barack’s redistributive policies kick-in they too will be able to buy designer clutch bags with other people’s hard earned money just like I do!”

[This is a parody]