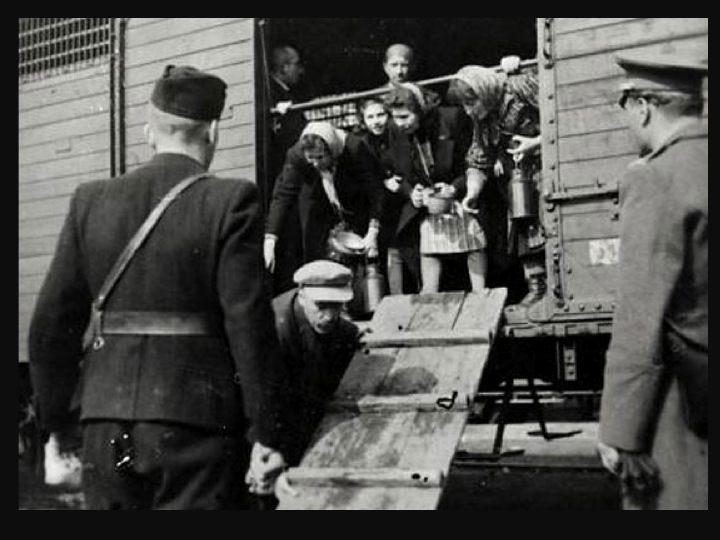 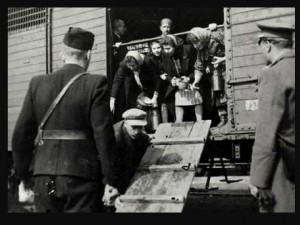 Asking why Obama doesn’t know the details of the health care bill is like asking whether Hitler cared what color  cattle cars were painted.

Hitler didn’t concern himself with whether the cars were brown or red.  He cared less whether there was ample circulation of air, how many people could be stuffed into one compartment or whether there were sanitary accommodations for passengers.  His goal was getting the Jews to Auschwitz-Birkenau and disposing of them promptly upon arrival.

Much like a cattle car the health care bill is the vehicle for Obama to transfer this nation to his own socialist concentration camp.   Obama doesn’t need to know the details of HR 3200 he just wants to be sure it’s capable of fulfilling the objective of pulling into the station.

People on board Obama’s cattle car will not be emaciated like Auschwitz prisoners; they’ll likely stand around, smiling and drinking Starbucks totally unaware of the purpose of the trip.  Yet, the concentration camp they’re headed for is where freedom will be promptly gassed and the Constitution burnt to ash in an on-site crematorium.

For Obama, the cattle car of HR 3200 has little to do with the health and well-being of Americans and everything to do with total domination of the citizenry, the systematic dismantling of freedom and the ushering in of a system that strips America of  liberty, the foundational identity of who we are as a people.

Supporters of Obama Deathscare clamor and grapple to board the cattle car, thinking they are headed toward  a utopian farms, where health care is free and life is beautiful. It would be best if Americans call to mind that Treblinka was not the “resettlement in the east” Polish Jews were told it was, but instead a cruel lure to a “Final Destination.”

Hitler’s trains served the pragmatic purpose of ferrying Jews to specified locations.  In the same way, the potential for universal health care has successfully situated Obama’s cattle cars on the tracks pointing toward toward the collective goal.  If the President of the United States is successful in moving those cattle cars forward it will undoubtedly serve the purpose of shuttling America, like freight, directly into the inner courtyard of a socialistic, political concentration camp designed expressly by Barack Obama.

Once inside the grounds dictatorial wrought iron gates will slam shut behind us hindering a way of escape.  Americans will then be forced to take a National ID number and issued a mandated pair of government approved striped pajamas with the Obama health care logo embroidered on the pocket.

As the world watches, America is on the precipice of too late learning that she is endangered of being enslaved within the confines a camp whose barbed wired borders restrict every freedom won for us with blood and treasure, and whose policies  reek with the stench of the incinerated corpse of Lady Liberty.