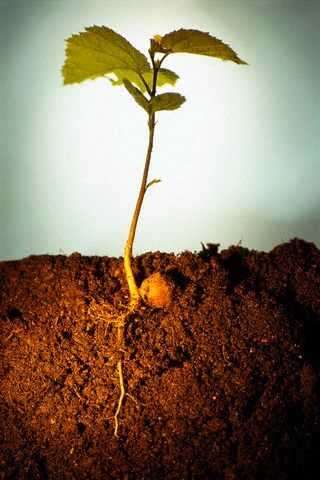 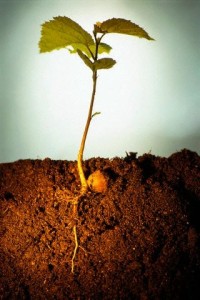 Regardless the reason, it is wrong for one human being to threaten, harm or take the life of another human being.  However, the Bible makes clear a very simple principle; you “reap what you sow.” The basic premise is that which springs forth is a result of the seeds you have placed in the soil of your life.   The straightforward concept of reaping and sowing seems to be something Liberals refuse to grasp or do not believe applies to them.  Oftentimes when seedlings sprout and the things they promote affect them directly Liberals seem stunned and taken aback by the result of the harvest.

Take for example the Democratic Congressman, Brad Miller of North Carolina.  Congressman Miller is a left wing Liberal who proudly endorses the Democratic culture of death.  So much so that he received a 100% rating from NARAL because of his staunch pro-choice voting record.  Congressman Miller supports the extreme left when it comes to abortion rights.  Yet, Miller refuses to speak at town hall meetings on health care out of fear.  Miller claims, “His offices received threatening phone calls, including at least one direct threat against his life.”

Congressman Miller, a strong advocate of slaughtering infants in the womb, partial-birth abortion and a health care bill that would seriously limit the life expectancy of the elderly and the infirm.  However, he apparently places high value on his own life. To protect himself he skips town hall events and hides out.  Avoiding danger, the Congressman continues to condone the extermination of those who are too helpless or frail to  escape the destruction he legislatively endorses. Miller sows death, reaps the threat of death and then whines.

Congressman Miller is a thriving politician, his message of death has caught on.  He has successfully convinced his constituents that they have the ability to choose whose life has value and whose does not and now he is being threatened by the seeds of his own ideology.  Threats against his life are something he probably didn’t foresee being a problem when he was approving legislation supporting the  transport of teenage girls across state lines for abortions.

Brad Miller is also a strong supporter of President Obama’s health care initiative. Obama’s bill sows its own seeds of threatening language when referring to the elderly; special needs and chronically ill individuals.  These vulnerable recipients of the public option face the prospect of rationed health care and being forced to choose to end their life in lieu of the high cost of medical care.  The Congressman’s sowing of support for the bill prompted his reaping a menacing phone call.

When it comes to the Biblical principle of sowing and reaping, Congressman Miller can learn from the life and death of Dr. George Tiller.  Dr. Tiller sowed death for years.  Personally responsible for untold numbers of late term abortions, the controversial doctor was ensnared in a church lobby, and shot dead.

Tiller, who referred to babies born alive during botched abortions as sloppy medicine, reaped a shoddy attempt on his life in 1993 when a gunman shot him in both arms failing to kill him.  Sixteen years later Tiller was ambushed in a house of worship in a successful attempt to take his life. Based on an unbridled reign of terror against the unborn, the doctor was murdered by someone who considered Tiller’s life lacking dignity and worth.  Dr. Tiller sowed violent death on innocence abiding peacefully and unaware and reaped death in a church, which should be the safest place on the planet outside of the womb.

President Obama, who supports the same level of violence against the unborn as Dr. Tiller, expressed shock and outrage over his murder.  Suffice it to say, Miller should take note.  Alarm and indignation at death threats and murder imposed on a life dedicated to the support of death and murder, can be likened to planting poison hemlock, expecting pink dahlias and being shocked and outraged when you harvest gnarly toxic scrubs.

Based on the brutal, criminal death of Dr. Tiller, which was wrong regardless of the cause and the fearful reaction of Congressman Brad Miller, it is incumbent upon those who support the culture of death to consider whether they will be taken at their word and made vulnerable to become victims of an ideology they spent their life working diligently to advance. Liberals need to understand the power of their death message.  Sick and twisted people hear them and are persuaded.

Liberal abortion policy has contributed to the desensitization of a nation toward death, murder, abortion and now impending euthanasia policy. Convincing a nation that life is disposable is something that impacts everyone, including Liberals.  What they need to understand is that the degradation of human life affects even those who have worked hard to accomplish that goal.   Thus, Tiller kills and is viciously and wrongfully killed and Congressman Miller supports butchery and is then threatened by some wacko with death.

The basic Biblical principle of sowing and reaping applies to Congressman Brad Miller, Dr. George Tiller, and Barack Obama and to anyone who supports the culture of death.  Its simple, “…you reap what you sow.” The proprietors of death in America need to consider a day when they may find themselves victims of the death philosophy they promoted.

Liberals need to contemplate the law of seeds resulting in harvest.  This is the course of nature and is as inescapable as George Tiller, like a fetus in a womb, being waylaid in a church lobby with no way out. Dr. Tiller died in a defenseless position mercilessly slaughtered with nowhere to run.  The person who took his life had no right to do so, just as Tiller had no right to end the life of the unborn.  As a result of his ideology, Tiller reaped a harvest of no escape and the same searing pain, fear and death he sowed.

There is a sad irony connected to Dr. Tiller’s death, though too late for him, maybe Miller needs to be reminded that what has developed in his own life may be a result of his adept ability to seed life and death issues. Congressman Brad Miller claims he is being terrorized by ominous phone calls.  If he is, he is reaping the harvest of staunch defense and belief in the right to cruelly threaten and harm others, thus encouraging harm to himself.

With the death and burning of Dr. Tiller’s field, an endeavor described by his family as “…a legacy that will never die,” Brad Miller is being offered the opportunity to reassess the harvest and till his own soil. Before the phone rings in his office a second time, it would do the North Carolina Congressman well to reconsider the seeds of a radical abortion stance and support for President Obama’s health care bill, and what type of message that sends to those looking for an excuse to take life, and in the process Miller will secure for his own life a harvest of safety and wellbeing in the future.