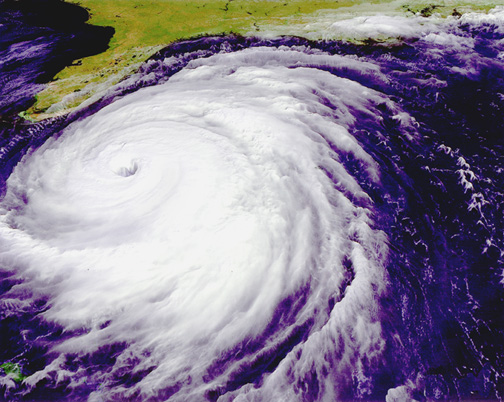 Symbolism can be a powerful tool to draw analogies between nature and politics. Biblically the sea symbolizes the restlessness of humanity. It is over the face of the sea that storm systems are birthed and gain power. As hurricane season commences, a simultaneous political whirlwind is taking form on the political landscape in the United States where a placid sea grows increasingly perturbed.

The intense nature of a hurricane is similar to the fervor of the current debate surrounding health care reform. Hurricane Bill recently developed into a storm system with the capability of ravaging shoreline towns all along the eastern seaboard of the United States.  Simultaneously, Obama’s health care proposal modified the direction of the winds of change bringing to the political landscape potentially devastating ramifications.

Over the past few months the velocity of the dispute has increased in momentum. To a left leaning party and an uber-liberal president achieving universal health care would be like possessing the Holy Grail.  Democrats in Washington insist on nationalizing our health care system through the enactment of legislation eighty-two percent of the electorate rejects.  Furthermore, the President incites Americans by insisting on nationalizing 1/6th of the national economy with a bill he admits being “unfamiliar with .”

Since Obama’s election Americans have been saddled with a 10-year deficit projection of $9 trillion dollars, skyrocketing unemployment, an unsuccessful stimulus plan, the systematic absorption of banks, mortgage companies and the government takeover of the auto industry. As a result, the nation resists bureaucratic imposition of a 1 trillion dollar socialistic Trojan Horse, benignly disguised as reform.

Heat rises in the earth’s atmosphere as a result of deficits in density.  In like manner, Democrats are deficient when it comes to providing concrete answers to life and death questions posed to them by a concerned public. Obama’s ongoing evasive town hall answers are devoid of substance infusing the political air with additional heat. Obama’s ambiguousness has promoted a storm surge of growing ire by refusing to be forthright, while brazenly contradicting his own verifiable statements on single payer and public options.

As the debate continues warmth rises and a politically vicious tempest accrues. America, left with a low-pressure gap, fills it with the impetus of anger, wrath, accusations and upheaval.  The political roil has formed a vortex of power pressing against the cool air of reason as an unbiased Coriolis Force concurrently pushes the political wind both right and left.  The dynamic of each opposing side adds necessary friction to form a powerful twister gaining speed, strength and momentum.

In the center of every hurricane is the eye of the storm, a small area where blue skies and light breezes abide. Obama has been ineffective in fostering pseudo calm venturing on the national stage to offer reassuring rhetoric, language modification and fraudulent information.  He has failed miserably in his struggle to woo Americans away from the eye wall of public dissent.

While a gullible few respond positively, a well-informed populist groundswell continues to cling to democracy, remain strident in the quest for freedom and react poorly to Obama’s disingenuous performance.  Perceptive Americans are well aware that the eye of the storm created by Obama is an illusion replete with obfuscation and partial truth. His stubborn refusals to respect the people’s rejection of socialized health care contribute to the impending fury up ahead.  Rather than quell and cool things down Obama continues to warm the waters and confuse the seas.

A cyclonic vacuum has been formed by high-pressured air being sucked into the center of the political storm.  Concerned citizens armed with facts from the HR 3200 bill challenge representatives for clarification.  The pressure increases as the crowd swells and politicians respond with a defensive stance.  The President and his representatives accuse Americans, exercising First Amendment rights, of being “un-American”, “an unruly mob”, “misinformed” or too “well-dressed” to be anything other than organized rabble.  The Democrat’s attitude of entitlement has served to further enflame the electorate and contribute to the development of a gale force event.

Vacationing on Martha’s Vineyard the President stares down a political tempest.  Regardless, Obama’s imperious disposition convinces him that despite divergent winds the march toward collectivism prevails. As the eye passes from behind a hurricane’s right rear quadrant the storm brings with it the strongest, deadliest winds. Headed straight for the shore where Barack Obama stands is a political whirlwind with capacity to blow away health care, the Democratic majority in the next election, and Obama’s ambitions for 2012.

Barack Obama’s embrace of socialized health care is the unadulterated Hurricane “Bill.” Barreling toward Obama is a surging squall whose wake packs overwhelming resistance. As the populist hurricane blowing through this nation continues to gain strength it brings with it freedom from tyranny and beginning with HR 3200, carries the political ability to lay flat any socialistic guiding principle insolent enough to linger in its path.