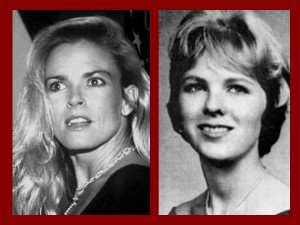 If OJ, casting his bloody gloves aside, managed to stay out of jail and got involved in politics.  If he ran for the Senate and won a seat.  If after attaining the title of Senator, Orenthal managed to put down his golf clubs long enough to sign a few pieces of kid friendly legislation, at his passing, would we be “lionizing” him and ignoring the fact that he cut off his wife’s head? Would we view his death as tragic and then pass legislation in memory of his famous name?  Would we wax all sentimental and support a national Simpson cryogenics bill or erect in his honor an OJ bust, from the neck up, memorializing him on Capitol Hill?

Can lions swim or do they hate water like other cats?   Kennedy sure got out of the water  fast and ran home to dry off and rest up.  Teddy Kennedy was a lion all right.  He was the Chief Predator in the Senate who had the blood of millions of unborn babies all over his paws and spent the last 41 years licking it off in plain sight.  The first approved abortion on his lengthy, death promoting record having taken place almost half a century ago in Lake Chappaquiddick.

Many people question speaking ill of the dead.  What they should be questioning instead is Kennedy putting his strident approbation on the slaughter of 60 million unborn children.  If in his memory health care reform is passed the Teddy Kennedy legacy of death may provide guaranteed insurance alright– insuring millions of Americans end up the same body temperature as Ron Goldman, Nicole Simpson, Mary Jo Kopechne and her unborn child.

America should expect little from the left and their culture of death as well as a liberal media who make heroes out of pathetic louts.  For the rest of this nation, the public may as well be filing past the casket of OJ Simpson.