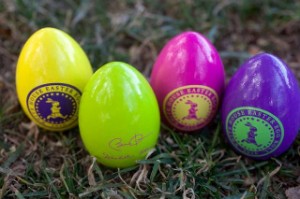 Left wing educators in this country will not be satisfied until every trace of Judeo Christian heritage is scrubbed from our culture and replaced with politically correct substitutions that placate the minority and marginalize the majority.

Take for instance Christian and Jewish children being forced to feel like outsiders during the holiday season because the Texas State Board of Education feels its academically essential to elevate textbook curriculum by replacing Christmas and Rosh Hashanah with the Hindu holiday Diwali.

“A proposal for new social studies curriculum in Texas public schools removes a mention of Christmas in a sixth-grade lesson, replacing it with a Hindu religious festival.”

Republican activist David Barton adviser to the textbook board, believes Christmas and Rosh Hashanah should remain in the curriculum.  Barton said, “American is not equally divided among these five religions.  Mentioning Christmas and Rosh Hashanah does not promote either Christianity or Judaism; rather, it simply acknowledges with accuracy the religious culture of America as it actually exists that these holidays have been awarded their place in the culture by the people themselves.”

What does Barton know?  Barton’s degree is in Religious Education and the Board making the textbook decisions consists of a highly educated team of esteemed academics including Kathy Miller of the secular Texas Freedom Network.  Pushing for change, Miller expressed a nondiscriminatory opinion that,”It looks like on the one hand you have appointed accomplished academics,” which she of course considers herself one. And “on the other hand you have appointed what can only be considered political advocates. Giving them equal weight demonstrates a deep flaw in the process.” Because an organization whose motto is, “A mainstream voice to counter the religious right,” is not the least bit politically motivated?

If eradicating Christmas and Rosh Hashanah in schoolbooks isn’t infuriating enough, to insure the holiest of Christian holidays be devalued to a statement on environmentalism, this year, the White House Easter egg roll has elevated environmental friendliness above the resurrection of Jesus Christ. Saving mankind from sin can be offensive,so the White House has changed the meaning of Easter to a more inclusive “Save the Planet” message.

Children fortunate enough to attend the festivities should not anticipate a “real” Easter egg roll because a White House announcement Monday said the eggs at this year’s event will be made from “paperboard that contains no wood fibers from endangered forests, is recyclable and features vegetable-oil based inks and a water-based coating.”

Not only that, but making the holiday even more exciting was the news that the eggs will also celebrate diversity by eliminating the standard white edition and instead this year’s “eggs” will “come in purple, pink, green and yellow and feature the stamped signatures of both President Obama and First Lady Michelle Obama.”

The theme this year is “Ready, Set, Go,” promoting Mrs. Obama’s national campaign to further health and wellness in the United States and combat childhood obesity.  An unintended benefit is card boiled eggs are non-edible, which ultimately contributes to calorie restriction and weight loss in children.

In addition, the White House Easter egg roll is also a perfect opportunity for the anti-religion Texas Freedom Network’s Kathy Miller to take notes to include in Texas textbook revisions.  The White House planetary celebration will give Ms. Miller a springboard to explain to school children the presently acceptable secular context of Easter in America.