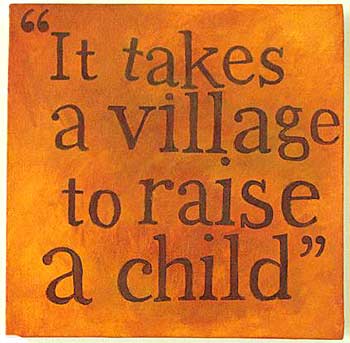 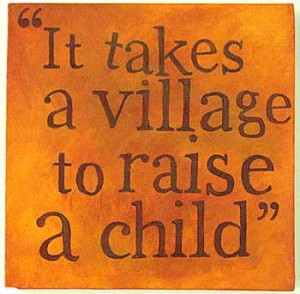 Liberals believe It Takes a Village, to raise a child.  In fact, the goal of those running the village is to supplant biological parenthood and determine the number of children allowed to exist.

Many African cultures share the school of thought echoed on Barack Obama’s Organizing for America website, which says the following, “‘Omwana ni wa bhone,’ meaning regardless of a child’s biological parent(s) its upbringing belongs to the community.” Translation:  In Obamamerica biology is inferior to bureaucracy, especially when it comes to village management as demonstrated by the “right to choose.”

In fact parents are so second rate, the state of Washington facilitates “confidential” abortions for underage school children without the unwelcome intrusion of parental knowledge.

School officials in Seattle believe in the superior role of the “community” so much so that tax funded campus health centers have been transformed into abortion clinics.  During school hours, while mothers and fathers naively believe children are at cheerleading practice, underage girls are being treated to suction and curettage under the benevolent eye of governmental guardians.

Recently, the mother of a Ballard High School revealed magnanimous custodians assisted her 15-year old daughter’s abortion, without her knowledge, because the clinic “kept the information confidential.” The distraught mother explained that at one point she signed a consent form allowing her daughter access to the Ballard Teen Health Center for, “an earache, sports physical, even birth control, but not for help terminating a pregnancy.”

If it’s any comfort Mom, it would have been futile to read the fine print because “Nowhere in the paperwork [did] it even mention abortion.”

Apparently, the Seattle woman’s daughter, who was obviously participating in activities other than soccer, “took a pregnancy test at school at the teen health center.”  Immediately following the appearance of a   + positive- smiley face, the village went into parental overdrive.

The mother, identifying herself as “Jill” said, her daughter, who claims to be a “pro-life advocate,” was excused from class, put in a “taxi and sent off to have an abortion…without family knowing.”  The girl contends village elders told her that if she “concealed it from her family, that it would be free of charge and no financial responsibility.”

In cases such as these, confidentiality works to everyone’s benefit. Girls can go home after school and talk about home economics class and discuss the prohibition of sugary soft drinks on campus without suspicion, and do so while the population of the village is strictly controlled by the chieftains.

The Seattle School District, together with the Swedish Medical Center, who in all probability can’t wait to acquire access to health records on line, vehemently defended the right to “protect the students’ privacy.” Privacy defined as school officials, in lieu of parents, having full access to the clandestine decision of underage students terminating pregnancies during 4th period.

In a liberal, highly touted village, parents have a key biological role–after which, respect for the boundaries of progeny is strictly demanded.  T.J. Cosgrove of King County Health Department says, “It’s always best if parents are involved in children’s health care, but don’t always have a say.”   Cosgrove maintains, “At any age in the state of Washington, an individual can consent to a termination of pregnancy” – free of charge, unencumbered by parental interference and devoid of personal responsibility.