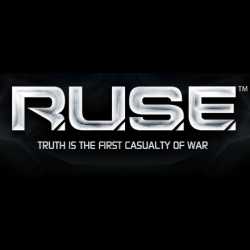 The high cost of winning the health care reform battle, in a sleazy manner, has put liberals in a position to possibly lose the war.  As a result, the left is suspect of employing battle strategies of a questionable nature, put in place to throw political adversaries off game. From the French, ruse de guerre “legitimate ruse” is an “action taken by a belligerent in warfare to fool [and] gain intelligence or military advantage against an enemy.”

After detonating a health care bomb, political storm troopers have been unleashed and are marching toward the November election. Thus there is suspicion legitimate ruses are being employed by Democrats hoping to gain advantage in a war the left otherwise stands to lose.

A shortlist of legitimate ruses include:

Feigning an attack could include accusations like frontline soldier, House Majority Whip James Clyburn contending he was victimized by “…racial slurs, nooses on gallows, [and] some very vicious language,” saying, “This stuff is not all that isolated. It’s widespread.”

A simulated ambush could purposely be orchestrated by brazenly strutting with an oversized gavel in hand to sign a bill the American public despises. Seemingly defenseless legislators purporting to be ensnared and surrounded by a hostile group, can fake retreat by fleeing under the protective wing of a preplanned police escort, to safety in the Capitol building.

Yet despite menacing danger, Nancy Pelosi, resplendent in lavender high heels, beamed broadly, while supposedly being barraged with alleged racial epithets and showered with enemy spittle.

Tight camera shots of President Obama surrounded by a staged crowd, speaking on behalf of an unpopular bill, could be defined as a “small force simulat[ing] a large unit.”   Conjuring up images of cheering throngs may be a deceitful attempt to convince disagreeable holdouts to surrender to the will of a non-existent majority.

Louise Slaughter, a New York Democrat and chairwoman of an influential House committee said, “someone left her a voice mail that used the word ‘snipers’.”

Bart Stupak (D-Mich) released telephone communications supposedly containing threatening messages from individuals differing with his “Yes” vote on a bill that, regardless of worthless Executive Orders, will fund the slaughter of unborn children.

Messages like, “Congressman Stupak, you baby-killing mother f***er… I hope you bleed out your a**, get cancer and die, you mother f***er.”

Neither vile rant has identified the perpetrator as representing a particular political party or group.

Since Keith Olberman has yet to identify the “Staffers and Members reported seeing Barney Frank (D-Mass.) slurred for being a homosexual and a protester spitting on Representative Emanuel Cleaver (D-Mo.) an African-American lawmaker.”  It’s safe to surmise spitting slurrers could be anyone, including operatives following orders issued by stealthy high-level commanders.

Remarkably, after “the protester who spit on Cleaver was arrested, the Congressman [chose] not to press charges.”  Cleaver left the matter with Capitol Police who were “not immediately available for comment.”

Identifying with symbols, signals and buzzwords cause confusion in the adversary’s camp.  For example, James Clyburn called the health care bill opponents, “terrorists” and the ever pious, Nancy Pelosi, prayed fervently to St. Joseph to help pass a health care bill that funds abortion, which doesn’t even dignify a comment.

Liberal medic, Chris Matthews of MSNBC, works hard to stop bleeding by planting and disseminating false information on behalf of the left.  Matthews relayed reports of Democrats receiving death threats. Then Chris without evidence, “escalated to slandering the entire Tea Party movement for the offensive or unlawful actions of a few, to actually blaming Republican officeholders for the illegal acts.”

When referring to liberals the words, “erection of dummy installations,” eliminates the need to elaborate any further.

Psychological warfare is a favorite pastime of master manipulator, Barack Obama. A cocky Obama mocked the Republican campaign to repeal a highly unpopular health care law taunting the opposition to,  “Go for it. Be my guest. I welcome that fight.”

Bart Stupak and the pro-life dozen bought off at the last minute and then vehemently defending a pro-choice Democrat Party as champions for life saying, “the president’s executive order [assures] that the sanctity of life is protected,” pertinently exemplifies, “disguising a warship” to appear neutral or friendly.

The line between “legitimate ruses and forbidden acts of perfidy are indistinct.” For instance, “It would be an improper practice to secure an advantage over the enemy by deliberate lying or misleading conduct.” Acutely aware of deceptive Democrat war tactics, House Minority Whip Eric Cantor stepped forward to accuse top Democrats of “fanning the flames” regarding threats to members of Congress.

Cantor removed the ability, if so inclined, for Democrats to utilize the legitimate ruse of “feigning attack.” The Congressman disarmed liberal subterfuge by revealing his Richmond campaign office was shot at earlier this week very possibly because Cantor is Jewish.

Up until this point, Cantor chose to refrain from circulating information to the media about incidents of hostility in an attempt to avoid “ratchet[ing] up violence.” Cantor then went on to accuse heads of the DNC and the Democratic Congressional Campaign Committee of using allegations of harassment and threats to Democrats nationwide for political purposes. Cantor said, “[I] have deep concerns that some, DCCC Chairman Chris Van Hollen and DNC Chairman Tim Kaine in particular, are dangerously fanning the flames by suggesting that these incidents be used as a political weapon,”–kind of like utilizing legitimate ruse?

Ramping up rhetoric, Democrats all over the battlefield are stepping forward as possible co-conspirators in an attempt to promote the ploy of legitimate ruse. Although Democrats may be innocent victims of unprincipled behavior, Republicans should be aware that in the throes of battle it is useless to attempt to maintain “good faith” in dealing with an enemy who has a history of unethical conduct. The schemes the left uses to “mystify and mislead” demand Republicans expose Democrat wiles, and in the process, take every measure necessary to legitimately win the war.

Doubt me?  This is an example of a “legitimate ruse“…