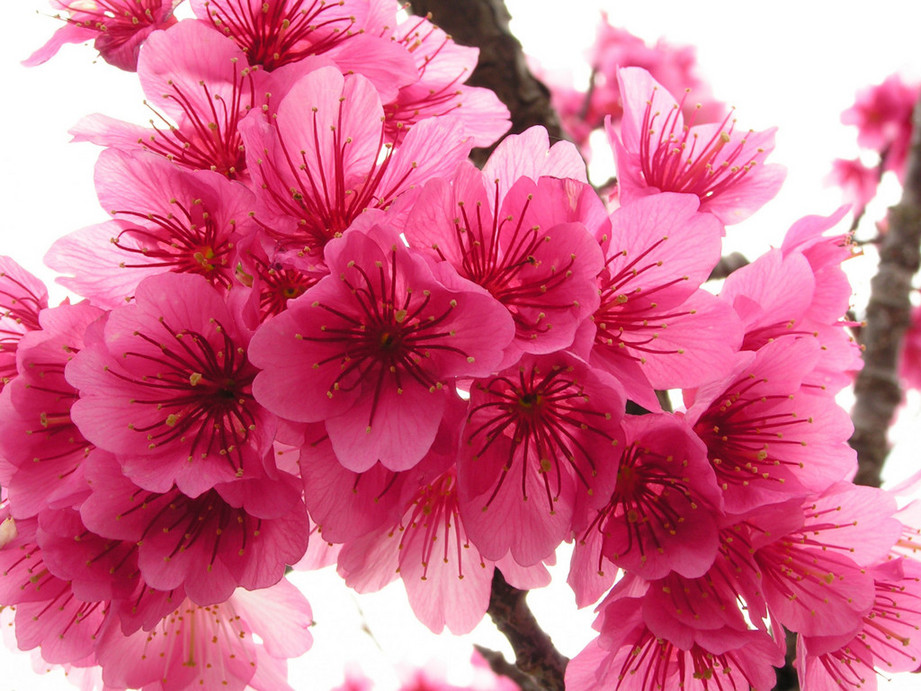 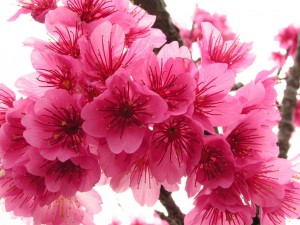 Hope and change arrived in Washington DC on the same Yes We Can campaign bus that dropped Barack Obama off at 1600 Pennsylvania Avenue.  One-year later hope is dashed and change involves dogmatic options Americans would rather avoid. Ironically, natural surroundings speak symbolically as the environment makes manifest the sad state of affairs afoot in American politics.

Historically, the small pink flowers symbolize a rite of spring associated with transformative change. In Japan, cherry blossoms possess the promise of “new life and hope.”  How apropos? A short lived blossom bursts forth and carries with it the promise of hope and change, concepts promoted by a president, whose presence in Washington DC has delivered anything but.

Lately, nature has offered opportunities from which metaphoric political truth can be gleaned.

Take for example the fact that in keeping with Obama’s presidential flimflam, for months an unprecedented level of frosty political precipitation was dumped on the nation’s capital. With spring just a few weeks away the thaw has revealed, “along the Tidal Basin …quite a few of Washington’s iconic cherry trees are damaged.” Washington has been subjected to a sub-zero hosing of such Biblical proportion ideological icicles have damaged Washington DC’s legendary cherry blossoms.

By failing to bloom, a floral icon tells a larger political story. Crushing debt, outrageous policies, half-truths and cold-calculating back room deals have had an effect on symbolic expressions of hope and change.  A nation divided and lacking an effectual head is emblematically exemplified on the landscape adjacent to the Potomac River in rows of “split branches” and decapitated cherry trees deprived the mantle of a mature canopy.

Polls reveal America’s corporate spirit is bowed low with discouragement. Thus, a potentially blossomless Cherry Blossom Festival with “branches six inches thick…snapped off” and “bent down to the ground [after being buried for weeks] under snow” mimics a depressed national sentiment.

After a full year of detrimental Obama policy spring 2010 holds nothing but “the worst damage to the cherry trees seen in nearly nine years”  — which ironically was when Democrat President Bill Clinton vacated the Oval Office.

Just as snow affected Washington DC’s cherry blossom flowering time, so too has cold corruptive policy shriveled hope and change.  Barack Obama’s over assertive legislative proposals possess the political power to potentially deter all America from coming into full bloom. Just as the Capital’s cherry trees have been affected by a “slow melt” and “below zero temperatures,” as long as bud crusher Barack Obama remains in control, it appears America’s zenith will likewise be delayed.

Yet in spite of injured buds, genuine hope prevails.  Why? Because self-preservation is inbred and “to a certain extent, dead leaves and stems provide limited insulation from further frost damage.” America, like ice-covered cherry trees, has spent many months trapped under layers of frost, but while biding time in suspended animation, the nation and its people have not squandered the opportunity to gather insight from oppressive circumstances.

Speaking about the damaged cherry blossoms National Park Service spokesman Bill Line expressed confidence “that in the long run the trees will be fine.” A realistic Line predicted, “There certainly will need to be some pruning and some trimming of the trees.”  Offering words that further inspired demoralized cherry blossom enthusiasts, Mr. Line assured the dismayed that although this year’s blossoms don’t look all that promising, the future does because “cherry trees are resilient…they’ll come back.”

Like frozen branches so too are Americans a “resilient” people who historically bounce back.  The National Park spokesman’s outlook embodies the fortitude and determination of a great nation.

Situated on the banks of the Potomac River, founding father Thomas Jefferson’s memorial reminds America “The tree of liberty must be refreshed from time to time with the blood of patriots and tyrants.” So as summer follows after spring close behind fall brings with it the mid-term elections. In the long run, regardless of the liberal blizzard that slammed citizen-cherry blossoms this winter, commencing in November governmental gardening in the form of “pruning and the trimming” is due to begin-and after an axe is laid to the root of injurious liberal policy, healing and rebirth will surely follow close behind.

Why?  Because America’s roots go deep into the soil of liberty– trees can be chopped down and after they are, free people are able to distinguish honesty and truth even in a ragged stump.

America’s most virtuous cherry tree chopper, whose Washington monument rises skyward framed by glorious clusters of pink flowers blooming in the April sun, taught our nation well that change can come as long as hope remains strong and in due season America can look forward to a nationwide political “Cherry Blossom Festival as grand and glorious as any we have had in the past.”