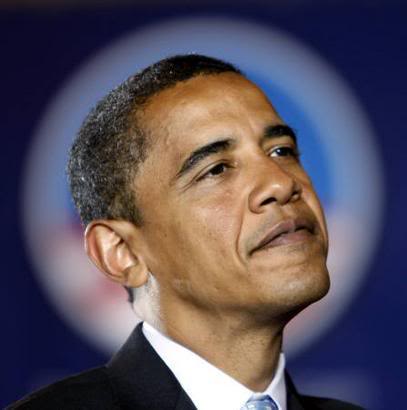 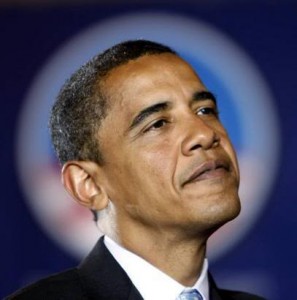 Looking back on a full year of having Barack Obama as president of the United States, Flannery O’Conner’s cautionary words come to mind: “To expect too much is to have a sentimental view of life and this is a softness that ends in bitterness.”

The Journal of Economic Psychology published an article in 2003 entitled, Blessed are those who expect nothing: Lowering expectations as a way of avoiding disappointment.  The abstract outlined how “people can try to avoid disappointment: namely, by lowering their expectations about obtaining a desired but uncertain outcome.”

The article points out, “Disappointment is experienced when the chosen option turns out to be worse than expected.” And so it is with Barack Obama, a man who came to office with hope so high that in the words of columnist Bill Sammon, “…no mere mortal could possibly live up to the expectations…Obama expectations [were] so high that I don’t think he has anywhere to go but down.”

And down he’s gone, faster than any president in US history.

It is no surprise that Obama is failing to meet America’s lofty expectations.  Gallup found that, “Americans’ ratings of the job President Barack Obama is doing in three key areas are much less positive than their expectations were for him shortly after he took office.”

High expectations, based on supercilious rhetoric issued from an individual lacking accomplishment to back up promises, are a sure fire formula for future disillusionment.  It stands to reason, “Disappointment stems from disconfirmed expectancies.” Disconfirmed expectancy is a psychological term for failed prophecy, the sense of disappointment one experiences after strong belief is refuted by logic and reason. Sort of like realizing Barack Obama is not the messiah and health care reform is not the hope and change Americans anticipated.

Obama’s presidency was supposed to be a moment in time when, “the rise of the oceans began to slow, and our planet began to heal.”  Barack Obama personally cultivated and contributed to unreasonably high expectations by courting over-romantic Americans who chose to overlook his lack of experience and radical past.  Dreamers allowed themselves to be willingly swept up in a historic moment so sentimental that it obscured the ability to rationally acknowledge reality.

Wishful thinkers are people who interpret “facts, reports, events and perceptions, etc. according to what one would like to be the case rather than according to actual evidence.” By believing pure, unadulterated nonsense, America proved to be a nation that could be bamboozled by illusory oratory and persuaded by gossamer promises.

Barack Obama’s triumphant election could only be the direct result of communal reinforcement fostered by millions and millions of beguiled enthusiasts.  With only 143 days of actual work experience in the US Senate on Obama’s resume, 52% of the popular vote indicated America strongly believed an inexperienced ideologue could “fundamentally transform the United States of America.” At the time, few outside the conservative blogosphere bothered to vet the campaign slogans long enough to ask, “Fundamentally transform us into what?”

Eloquent self-promoter Obama utilized rousing speeches to cult-like supporters, in tandem with a fawning media repetitively stressing the dawning of a new age.  An unproven, untested Obama shamelessly allowed Newsweek to portray him as the political reincarnation of Abraham Lincoln with the words,

“It is the season to compare Barack Obama to Abraham Lincoln. Two thin men from rude beginnings, relatively new to Washington but wise to the world, bring the nation together to face a crisis.”

Obama pumped up expectations and did so while unabashedly exempting himself from his own injunction:  “… we understand that greatness is never a given. It must be earned.” Rather than being wary of a novel self-promoter, voters were ferried along on a wave of enthusiasm placing high expectations on an individual with no history, empirical or otherwise, of having the capability to run anything, let alone the most powerful nation in the world.

Americans who insist on checking credentials before hiring a house painter threw caution to the wind and believed an untried political neophyte could handle two wars, a lagging economy, unemployment and the threat of international terrorism. Buoyed from Chicago to the White House, after the election, left-wing politicians like House Majority Leader Steny Hoyer (D-Md) spoke on behalf of a hopeful nation saying, “Obviously, expectations are high. Recent polls have shown that Americans do, in fact, believe that president-elect Obama can be successful in meeting the challenges.”

The result? Sappy sentimentality has left the country with an ineffectual, ill-equipped leader whose failure is manifest in plummeting poll numbers.  In turn, a disillusioned electorate is slowly rousing from a schoolgirl crush to the realization that the boy of their dreams is an immature political bully.

“After more than a year in office, a slim majority of Americans say President Obama is doing a good job on the environment, and less than half say so about his handling of the economy and energy -marking declines from the large majorities of Americans who a year ago predicted he would do a good job.”

Just last year “72 percent of American thought the nation would be better off in four years than it is now.” Not only that, but 62% of Americans expected Obama to be an “outstanding and above-average president.” If I may be so bold, “better off,” “outstanding,” and “above average” based specifically on what qualifications?

America is presently in the process of learning a hard lesson that perceptions and expectations are not gauges for success.  As indicated, wishful thinking accomplishes nothing. Like a pauper with a wrinkled dollar bill, America had lofty expectations that a “Dollar and a Dream” could make a millionaire -only to be left with neither the dollar, nor the dream.

If, as the article in the Journal of Economic Psychology claims, “disappointment is a psychological reaction to an outcome that does not match up against prior expectations,” maybe instead of avoiding disappointment, America should choose a proven leader next time around to entrust with the generous gift of the high expectations.