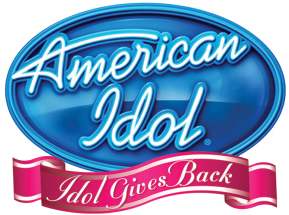 Based on Simon Cowell’s snarky, acerbic wit, it’s hard to imagine the “American Idol” judge being enamored of anyone, let alone a pitchy American amateur like Barack Obama. So it was a surprise to find out that the two men are equally enthralled with each other. It appears that Simon tried to get Obama to do a show, and Obama requested a dinner date with the cheeky Cowell. Two superstars supping and sharing — one a judge, the other an American deity who Simon Cowell apparently believes is “a really cool guy.”

What in the world would these two diametrically dissimilar chaps discuss over dinner?

It appears that the answer may have nothing to do with Cowell sleeping over in the Lincoln bedroom, or Barry convincing Simon that he should be given an opportunity to do a guest spot on Idol. Quite the contrary: Cowell needs something from Obama, and Obama always seeks something from everyone.

Apparently, Simon Cowell is chief executive officer of International Save the Children, an organization central to the American Idol fund-raising campaign “Idol Gives Back.” As it turns out, Save the Children is not only concerned with “saving” children — it’s also interested in promoting international family planning, which is code for aborting children.

In the past, Save the Children worked directly with Planned Parenthood, the Population Action Council, and the pro-abortion Audubon Society and its five-year “Planet Campaign.” The Planet Campaign isn’t only about recycling plastic and using cloth napkins; it also supports population-control programs that use code words for abortion like “women’s reproductive health and family planning” and advance those seemingly benign concepts “in various countries and diverse cultures around the world.”

Apparently, “Save the Children … identifies access to family planning as a key factor contributing to maternal and child survival and well being.” Promoting child survival by aborting babies?

“Idol Gives Back” also contributes to UNICEF. Everyone has given pennies to the United Nations International Children’s Emergency Fund that “unites for children” and whose logo portrays a Madonna and child. The only problem is that several divisions of the United Nations donate monies to Planned Parenthood, and according to documentation, the organization “wholeheartedly embraces [Planned Parenthood’s] abortion and population control agenda.”

So it appears that it’s very possible that the $140 million dollars the “Idol Gives Back” charity event raised in 2007 and 2008 assisted in the disposal of the unborn worldwide. Can anyone say, “This is…‘Ammmmerican Idol‘?”

Back to Cowell and the Commander-in-Chief, and what the dynamic duo’s relationship potentially offers each. No one raises money better than Barack Obama; heck, even Wall Street forked over millions to him. Much to the delight of Simon Cowell, it appears that the most pro-choice president ever to put size 12s up on the desk in the Oval Office contributed to Idol by way of video message. Barack was a featured guest on “Idol Gives Back,” and by being one, he ensured that children who would otherwise be hungry end up dead instead.

Obama is always eager to be seen in prime time, especially on a show that has the word “idol” in the title and to give a shot in the arm to the culture of death. The first couple raised money for “Idol Gives Back,” Cowell scored by offering the POTUS and FLOTUS face time, and, in the process, everyone benefited by ensuring that fewer poor children drain the health care system.

Now, what could Obama possibly want from Simon? Well, it seems that when appearing on the “Tonight Show” recently, Obama expressed the opinion that everyone in Washington, D.C. is a critic. Obama views those residing behind the judge’s desk inside the beltway as “[u]nfortunately … all like Simon Cowell.” This means that while “Soul Patrol” Michelle, Sasha, and Malia sang along with Taylor Hicks, Obama may have been watching American Idol with an eye to replace a Supreme Court judge about to retire.

President Barack Obama, sounding like fifth-season “American Idol” finalist Kellie Pickler on “Are You Smarter than a 5th Grader?”, claimed to have no “litmus test,” but then he said that the nominee who would replace Stevens would have to “pay heed to the rights of women and the privacy of their bodies.” Huh?

Obama emphasized that it is “very important” that Justice John Paul Steven’s replacement take “women’s rights into account in interpreting the Constitution.” Is that Obama’s idea of a non-litmus litmus test?

That is where Simon Cowell comes in.

Simon has been a judge for eons on American Idol, which makes him an experienced arbitrator. The Idol favorite is leaving the show next season, so it’s likely that Obama is aware that Cowell will be available. Simon Cowell served as chief executive officer of an organization that supports pro-choice groups, which fulfills Obama’s “pays heed” and respects “the rights of women and the privacy of their bodies” non-litmus litmus test.

Based on experience and expertise, “American Idol” judge Simon Phillip Cowell is an ideal fit to replace Justice Stevens, and more worthy to sit on the highest court than an inexperienced Chicago community organizer is to stand in front of the United States presidential seal.

Simon Cowell got Obama to raise money for “Idol Gives Back,” which funds organizations that take away lives. In return, Barack Obama may have found a replacement Supreme Court judge, and one that will likely uphold the right to choose. And in the end, the nation found out that funding death is considered charity to two of America’s idols.