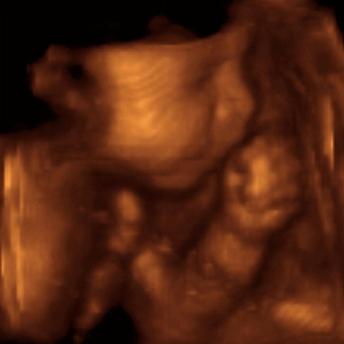 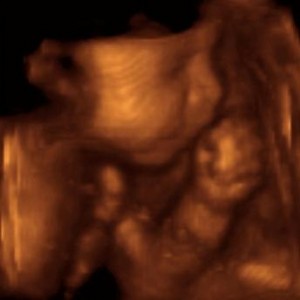 In an effort to provide the tools to make an informed decision before murdering an unborn child a new law in Oklahoma requires women undergo a sonogram.  During the pre-abortion procedure the Oklahoma law also requires the attending physicians turn the screen toward the woman, and describe fetal size, weight and facts such as, “number of fingers and toes and heart activity.”

Detractors claim the law so traumatizes women that, according to Linda Meek, director of one of Tulsa’s more fashionable abortion mills, “Not one patient would look at the screen and they all closed their eyes or turned their heads.”

A woman being unwilling to look at a blob of cells on a sonogram screen is certainly a puzzling reaction because, since Roe v. Wade raised public awareness, everybody knows it’s a “choice” not a child.

Abortion rights organizations are protesting the law claiming it provides no exemption for the less than 2% of  women desiring to terminate a pregnancy due to rape (1%)  and incest (<0.5%).  Female reproductive advocates claim the mandatory sonogram adds additional suffering to innocent victims of violence. Presenting once again, the question as to how violence is eradicated by sentencing the innocent to the violence of abortion?

For the other 98%, the intimidation includes being forced to acknowledge a living being and to be cruelly subjected to actually hearing a beating heart.  Doesn’t Oklahoma know women clamor toward clinics in an effort to avoid hearing the pitter-patter of little feet? What right does anyone have to force grown women to view sonogram images of perfectly formed toes kicking around in a womb?

The Center for Reproductive Rights, has filed a legal challenge to two Oklahoma abortion laws because the organization believes pre-abortion sonograms, are “aimed at manipulating women.” Defining truth as manipulation is an ironic accusation coming from a pro-choice group that misinforms the naïve into believing preborn human beings are nothing more than globules of unformed cells.

Defender of death, Stephanie Toti, staff attorney for the Center for Reproductive Rights expressed indignation because Oklahoma abortion providers are now requiring women to “go through an unnecessary procedure and [then] have an image thrust in their line of sight.”

Good point Stephanie, especially when the majority of women seeking abortion are submitting themselves to an unnecessary procedure and would rather remain in denial about dilation and curettage being murder.  Having an “image” of a real baby “thrust in their line of sight” is unconscionable, especially when one simply desires a routine suction aspiration.

Reproductive Services , the proud provider of approximately 3,000 abortions a year, which translates into about nine human beings a day, said that although most refuse to look at the screen, the law still subjects women to unrelenting abuse because while you can close your eyes and refuse to look, “it’s hard to turn your ears off.”  So for however long it takes, there’s no escape from reality, which is similar to the situation a preborn child finds itself in while swimming in a saline infused womb.

However, the director of the Tulsa Clinic happily reported that the beating heart, size, weight and gender ploy, though unsettling for most women was unsuccessful in deterring Reproductive Service’s quota of give or take, approximately sixty abortions per week. Sonogram images and detailed explanations aside, when it came to the business of purging women’s wombs according to Meeks “several patients were in tears afterwards [but] no one changed their mind.”

The one point Ms. Meeks failed to elaborate on was whether tears shed were those of relief, or resulting from the pain of irrevocable regret.