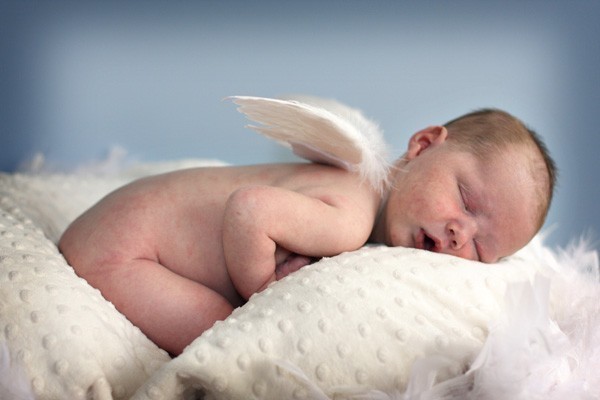 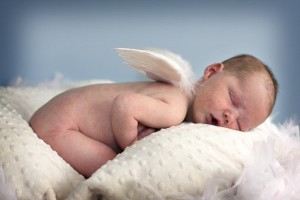 The state of Oklahoma has just inserted the inconvenience factor into the abortion issue. The “Sooner” state has decided before abortionists scrub any trace of living tissue from wombs seeking to eradicate offspring, women are first inopportunely subjected to view a real time sonogram image of the child.

Directors of clinics have reported that, “Several …patients were in tears afterwards.” Having a clinician detail size and gender or point out a fetus sucking its thumb can really put a damper on a women’s right to choose.  Yet, “No one changed their mind.”
Each year beginning in the first trimester right through to George Tiller-style partial birth execution 42 million unborn babies are slaughtered worldwide.  With each passing day it seems as if the unborn cry out from the depths of the womb to be acknowledged as living beings by those whose parental commission is safety, not slaughter.

So imagine the surprise in Rossano Italy when a babe believed to be successfully aborted astounded both mother and medical personnel alike by doing the unthinkable and refusing to die.

A hospital chaplain praying quietly beside what was thought to be a lifeless infant discovered the baby boy 22-weeks into gestation and twenty hours after being sluiced from the womb, stirring softly beneath a sheet.

Prenatal scans, similar to the one mandated in Oklahoma, indicated that the boy was imperfect, so the mother decided, better dead than disabled and submitted her son to abortion.  One small problem, the boy survived the procedure and was found “moving and breathing” despite the supposed handicap.

The child was flushed from the warmth of amniotic fluid into glaring light, startled with harsh clamoring sound and then thrown aside like a piece of worthless rubbish. As doctor’s snapped off surgical gloves and the baby’s mother rested, sucked ice chips and sipped orange juice — one pound of barely breathing flesh was relegated to a bitterly cold stainless steel cart.

Lunch passed, dinnertime came and went and one second after another long second slowly ticked by, as the whimpering, defenseless life gasped desperately for air.

While it must be disturbing to see the image of the child you’re about to dispose of.  It’s another whole realm to find out the baby you thought was peacefully resting in a red biohazard bag next to an incinerator, in fact, spent the night naked and cold still attached to his umbilical cord.

The next day, after Father Antonio Martello alerted doctors the little one was indeed alive the child’s executioners came face to face with the stark reality of abortion.  A child weighing less than a pound became a larger than life testimony to the human will to survive.

The fragile boy was promptly rushed to a special neo-natal unit, because in Italy infanticide is illegal, “doctors have an obligation to try to preserve the life of the child once he had survived the abortion.”  According to Eugenia Roccella, under-secretary of state in the health department, failing to do so, “would be a case of deliberate abandonment of a seriously premature neonate, possibly with some form of disability, an act contrary to any sense of human compassion but also of any accepted professional medical practice.”

Obviously Eugenia hasn’t spoken with the esteemed Barack Obama.  The President would disagree and is of the ilk who feel children born alive from botched abortions should be deprived medical care because to do otherwise unfairly “burdens the original decision of the woman and the physician to induce labor and perform an abortion.

So in layman’s terms, Barack believes the “original decision” to murder a child takes precedence over the immorality of accomplishing that goal through infanticide. Is Obama so committed to abortion rights that the President disapproves of transporting dying infants to warm incubators and administering oxygen and hydration, because to do so burdens a women’s choice?

In Italy, the delicate infant was attended to in a humane fashion and as a result the newborn lived a total of forty-eight hours. In the end the littlest angel from Rossaro Calabro, eager to please, complied with this mother’s “original decision” fulfilling her desire that he should die for the sin of being flawed.

In Italy the 22-week fetus joined the ranks of another child from Florence who “weighed just 17 ounces,” and although “suspected to have a genetic disorder,” refused to die for three, whole days. And not to forget the British baby, born alive at 24-weeks, who “survived three attempts to abort him” but who now, “is a five-year-old schoolboy.”

For those bothered by the nuisance of being forced to face preborn fetuses showing up on sonograms, or worse yet infants surviving the abortion procedure, the only answer to remedy such a distressing state of affairs would be to pass laws that solve the pesky problem by way of instituting liberal legislation.

If President Barack Obama is so at ease with letting a living human being suffer and die without the comfort of medical attention, then America may be one or two Supreme Court justices away from potentially extending limits on abortion beyond birth.

Let’s face it, in the over all scheme of things what’s a couple of minutes in or out of the womb?  Especially when dealing with babies like that feisty little lad from Italy with the cleft palate and a will to survive who, by simply refusing to die, posed direct danger to every woman’s right to choose.