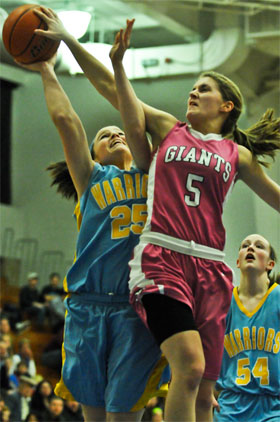 For fifteen years, underage girls have neither been deterred in the quest to terminate a pregnancy nor placed in the precarious position of giving notice to a parent or legal guardian, because the state of Illinois does not take kindly to certain laws.

Specifically, there’s the Illinois Parental Notification of Abortion Act: “[A]lthough the state legislature passed the law in 1995, [the act] has never been enforced thanks to lawsuits and a delay from the state.” Thus, underage girls have been protected by strangers from the abuses that follow when devoted, concerned parents are notified that a young child is pregnant and seeking an abortion.

In order to uphold a similar level of safety, an Illinois high school recently deemed it too risky for female athletes to play basketball in the state of Arizona because Grand Canyon state lawmakers insist on enforcing immigration law. It appears, according to some Illinois educators, that playing basketball in Arizona poses dangers similar to those that arise when a blood relative is made aware a daughter, supposedly in study hall, is instead submitting to vacuum aspiration.

Regardless, powerless parents of Highland Park High School female athletes are still “outraged over [the] move … to scrap its girl’s basketball team trip to Arizona over the new immigration law.” These are the same irate folks who have nothing to say about suction curettage being done on junior high school students because Illinois doctors required “to notify parents or guardians of girls 17 or younger” never bother to enforce the law.

Yet while minors are afforded the right to invasive surgical procedures without benefit of parental notification, administrators at Highland Park High School recently felt authorized to exercise say-so over other people’s children by canceling a long-anticipated basketball tournament in Arizona. The reason? According to Assistant Superintendent Suzan Hebson, “safety concerns and because the trip ‘would not be aligned’ with the school’s ‘beliefs and values.'”

Interestingly, Suzan Hebson knows a thing or two about “beliefs and values.” It seems that Ms. Hebson hosted a parent-restricted panel discussion for 14-year olds led by the Gay and Straight Alliance Network.

Based on non-enforcement of the Illinois Parental Notification of Abortion Act of 1995, it would be interesting to hear the maternal Ms. Hebson expound on “safety concerns” associated with teenagers making unsupervised trips to Illinois abortion clinics. In addition, parents would likely welcome further detail about the “beliefs and values” shared by the Highland Park High School “girl’s issues”counselor when confronted by a 9th-grader with a right to privacy question.

According to Suzan Hebson, basketball in Arizona is treacherous terrain. The controversial Hebsonemphatically stressed, “Arizona is off-limits, at least until it’s more clear how the state’s new law, which makes it a crime to be in the country illegally, will be enforced.”

Apparently, when it comes to certain policies, Suzan is a stickler for legal clarity. To date, ongoing disputes, restraining orders, and sixty-day grace periods still prevent Illinois parental notification from being enacted. Surely Ms. Hebson plans to approach the parental notification law with same desire for enforcement clarification as the superintendent demanded from the new Arizona immigration law.

Clarifying further on the reasons for Highland Park High School’s decision to cancel the varsity trip to Arizona, Hebson added, “We would want to ensure that all of our students had the opportunity to be included and to be safe and be able to enjoy the experience. We wouldn’t necessarily be able to guarantee that.”

Hebson’s statement sounds more like concern for students in her “controversial program requiring ninth-graders to attend a ‘freshman advisory’ class at which gay upperclassmen shared stories of their high school experiences” than for Highland Park Giants being guaranteed the right to play basketball.

Furthermore, why does Suzan Hebson insist on conveying a message to impressionable, school-age children implying that American citizens need defense from the rule of law?

Mike Evans, father of one of the team members, questioned the school’s decision to cancel the trip, asking, “Whose values and what values and what beliefs [is the school] talking about?” Why, certainly not Mr. Evans’s values and beliefs. Evans must know by now that in the “go to” state of Illinois, parents have nothing to say about gay lifestyle panel discussions, canceled basketball tournaments, or the procurement of underage abortions.

The astute Mr. Evans sarcastically quipped, “The beliefs and values of China are apparently aligned, since they approved that trip.”

What brilliant insight on the part of a potentially “dangerous” father, especially in light of China’s harmless and accessible abortion law.  The “safe,” “enjoyable” basketball tournament realm of the always-welcoming China likely upholds “beliefs and values” similar to those of Planned Parenthood, the ACLU-IL and most public high school counselors and administrators concerned with “girl’s issues,” like the overly protective Suzan Hebson.

So if safeguarding Illinois teenagers from parental notification and unfriendly immigration law is the goal, then Highland Park school administrators are correct: Red China is a far better choice for a high school trip than Arizona.