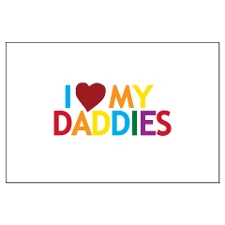 A holiday like Father’s Day would not be complete without Barack Obama taking full advantage of the opportunity to poke his finger in the eye of convention.

On the White House website, in homage to heads of traditional families, Barry in his Presidential Proclamation 2010 exploited Father’s Day to make political points with the gay community.

Nurturing families come in many forms, and children may be raised by a father and mother, a single father, two fathers, a step father, a grandfather, or caring guardian.

Alternative-lifestyle-advocate President Barack Obama, instead of a tie, this Father’s Day gifted America with one more victory for Adam and Steve!

Instead of flying the American flag on Independence Day, maybe Obama can abuse the next official holiday to destroy the United States military by officially overturning Don’t Ask Don’t Tell on the Fourth of July.