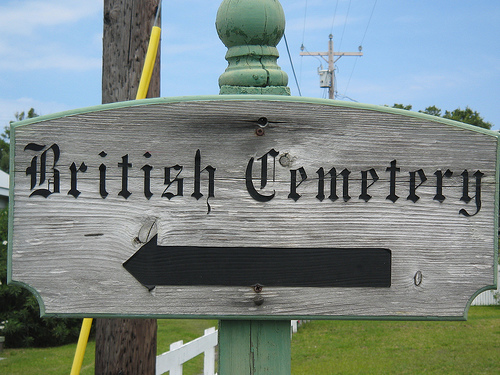 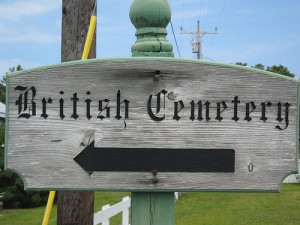 At the Netroots Nation Convention in Las Vegas, by way of video communication, Barack Obama spoke reassuringly to a roomful of left wing ideologues.  The President attempted to quell liberal frustration by agreeing with dissatisfied Progressives that in many areas, including health care reform, “change hasn’t come fast enough.”

Senate Majority leader Harry Reid then reiterated Obama’s sentiments, assuring liberal activists that in due time “We’re going to have a public option. It’s just a question of when.”

In Speaker of the House Nancy Pelosi’s speech, the woman with the pearls the size of apricots claimed, “President Obama was happier on the evening health care reform finally passed out of Congress than on the night he won the presidential election.”

Health care reform must hold a lot of clout for the left if it means more to liberals than being leader of the free world.  If Great Britain’s National Health Care System (NHS) portends what Barry, Harry and Nancy have in store for America, government will soon control life and death and mere mortals will be granted heady power reserved for God, not man.

The NHS started in the very way American health care reform was promoted by the left. More than sixty years ago, Britain’s original plan was to provide universal care to the half of the population – mainly women, children and the elderly – who had no health coverage.

In the United States Obama has decided to exploit 10% of the uninsured as a means to coerce the other 90% to submit to a system the majority rejects.  Barry, Harry and Nancy, more accurately defined as the tyrannical trio, are in the process of imposing health care reform at a time when the world watches in horror as the British prototype falls apart.

Unable to sustain the high cost of “free” health care, Britain’s NHS officially hit the rocks and its crumpled body is presently lying dead at the bottom of a socialist ravine. Yet, the President remains resolute in his desire to push America over a similar precipice, well aware that rationing is in America’s future

To save money in an already abysmal health care system, Britain plans to implement further rationing. Unbeknownst to the British people, lines will be even longer for ill-fated patients destined to die of dehydration at the hands of  “lazy” nurses in understaffed government run hospitals.

In the future, if traveling to England, tourists should also be prepared to see many more crippled, blind people with crooked teeth, because the NHS plans to judiciously mete out knee and hip replacements, cataract surgery, and orthodontic procedures. Yet, Obama presses on.

British patient advocate groups are calling the draconian NHS measures “astonishingly brutal.”  An overbite is nothing compared to what “free” health care, akin to the type Obama promises Americans, will be delivering to our friends across the pond, especially the elderly. Apparently, “widespread cuts … have already been agreed to by senior health service officials,” better known in America as “death panels.”

Maybe one day when the world acknowledges the injustice of denying care to the elderly, there will be an exhibition similar to the shoe heap at the Auschwitz-Birkenau museum, only the pile will be comprised of discarded walkers.

Besides disrespecting seniors and exercising governmental choice on those deemed a useless drain on the collective, the NHS anticipates big savings from cuts to budgets designated for the terminally ill.  Britain plans to save money by instructing “dying cancer patients…to manage their own symptoms if their condition worsens [in the] evening or [on] weekends.”

The [NHS] plan included more than £400,000 to be saved by “reducing length of stay” in hospital for the terminally ill.

As well as sending more patients home to die, the paper said the savings would be made by admitting fewer terminally ill cancer patients to hospital because they were struggling to cope with symptoms such as pain. Instead, more patients would be given advice on “self management” of their condition.

In other words, if you’re writhing on the floor in pain from stomach cancer, grab a bottle of Pepto-Bismol®, vodka, or Draino®, whatever works.

In addition to contributing to excruciating pain and angst, the soon-to-be-coming to America, “free” British health care includes the closure of nursing homes for the aged. Incontinent Alzheimer’s patients on feeding tubes will soon be living at home with family ill equipped to handle the challenges of aging parents.

Britain also promises a “reduction in acute hospital beds, including those for the mentally ill, with targets to discourage GPs from sending patients to hospitals and reduce the number of people using accident and emergency departments.”  So, when visiting Big Ben or touring Buckingham Palace if insane people with life-threatening wounds are lying around in the street, do step over and around, “free” health care is merely exercising cost-cutting measures.

Like most Americans, British victims remain unaware of lies ahead in the future. Much like the details of Obamacare, the NHS has hidden “details of hundreds of cuts buried in obscure appendices to lengthy policy and strategy documents.”

Dr. Peter Carter, head of the Royal College of Nursing, said he is “incredibly worried about the disclosures.” Carter claimed that Andrew Lansley, Britain’s very own Kathleen Sebelius,

Keeps saying that the Government will protect the front line from cuts – but the reality appears to be quite the opposite. We are seeing trusts making job cuts even when they have already admitted to being short staffed. The statements he makes may be well intentioned – but we would implore him to get a grip on the reality, because these kinds of cuts are incredibly worrying.

Obama’s newly appointed, “well-intentioned” Medicare-Medicaid czar Dr. Donald Berwick, on the other hand, applauds the British National Health Service. Berwick would gladly shove America over the edge of the cliff, being of the opinion that the “decision is not whether or not we will ration care — the decision is whether we will ration with our eyes open. And right now, we are doing it blindly.”

America should take heed as government-run Obamacare, like the NHS, will surely disadvantage the defenseless and weigh down the frail and dying with the burden of cutting costs. Barry, Harry and Nancy are an ideological, tyrannical trio committed to wresting control of life and death as they brazenly promise Progressive constituents, in the guise of fairness and compassion for the uninsured, a doomed system similar to Britain’s NHS.