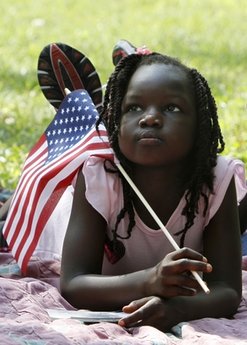 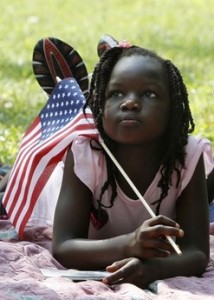 MSNBC political pundit Chris Matthews was so smitten with the President’s speechifying that stirring electrical currents physically manifested in his body. The separation-of-church-and-state commentator admitted he “cried over an Obama speech” and “compared him to Jesus.”

Completely infatuated, Matthews openly gushed when Barack spoke: “I felt this thrill going up my leg. I mean, I don’t have that too often.”

Apparently, Chris’s tingle didn’t cease with his legs; based on the MSNBC anchor’s pre-Glenn Beck rally comments, the current traveled straight to his race-baiting brain.

The night prior to the Glenn Beck-hosted gathering, Chris Matthews felt it was his patriotic duty to spew malice and spin the “Restoring Honor” Lincoln Memorial event into what he defined as a “nightmare.”

Americans gathering to peacefully pray, exercise freedom of speech and laud the greatness of our nation are being depicted by Chris Matthews as “Little right-wing boys and little right-wing girls joining hands and singing praise for Glenn Beck and Sarah Palin.” Matthews’ tingly hero worship explains the MSNBC commentator projecting juvenile idolatry on hundreds of thousands of peacefully assembled Americans who were doing anything but worshiping Beck and Palin.

Reporting on the event, an acerbic media stunned by the large, God-centered turnout repeatedly played the race card and underscored the fact that few minorities were spotted in the crowd.  In the run-up to the rally, hypocritical news organizations even lowered themselves to negatively grilling “Restoring Honor” speakers like Martin Luther King’s niece Alveda King, the unspoken implication being that Black Americans are traitors if choosing to speak anywhere besides the Al Sharpton “We-Alone-Own-MLK rally.”

The left cultivates division and then complains about a racial divide.  Liberals stir up strife and then claim that minorities avoid gatherings like the “Restoring Honor” event, which was attended by hundreds of thousands of people who, regardless of race, treasure the values Martin Luther King espoused.

Chris Matthews’ lies and innuendos demonstrate that the anchor believes the left has cornered the market on understanding the gravity of the injustices Black Americans suffered during a shameful period in our nation’s history. Pundits like Matthews forget that just two short years ago, a largely Caucasian nation ecstatically elected America’s first African-American president.

Of late, the majority is coming to the stark realization Obama’s policies are bad for America, not his race.  As a result, a colorblind electorate that catapulted Barack into the Oval Office is now being accused of racism because of efforts to restore lost honor and foster national harmony.

Presently, the left is frantically rooting around in a political dumpster for their last grasp of discordant power. Race baiters are emerging from the farthest recesses of a refuse heap with a crumpled, stained race card firmly in hand. Racial strife is the last great hope of the likes of political pundits whose true “nightmare” is the exercise of Constitutional freedoms giving rise to the dream of which Martin Luther King spoke and the realization that that “dream” is hindered only by those like Chris Matthews, who fear its unifying power.