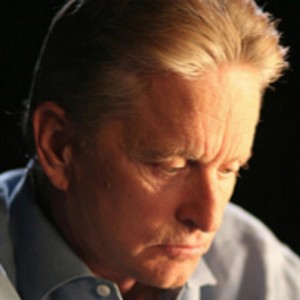 It was regrettable to hear the sad news that Hollywood actor Michael Douglas has recently been diagnosed with throat cancer.  Naturally, Douglas’ wife, Catherine Zeta-Jones, is upset and concerned as any spouse would be when a beloved partner takes seriously ill.

Ms. Zeta-Jones is doubly distressed because, according to the actress, Douglas was subjected to “Intolerable Cruelty” by doctors who failed to detect his serious condition sooner. Catherine claims Douglas “spent months seeking attention for persistent throat and ear pain only to be told nothing was wrong.” In a recent interview Michael Douglas’ perturbed wife shared: “It makes me furious they didn’t detect it earlier…He sought every option and nothing was found.”

Thankfully, Michael Douglas is a famous man of means.  As soon as the walnut-sized tumor at the base of his tongue was discovered, Douglas instantly began receiving radiation and chemotherapy. Despite the fact that when it was diagnosed Douglas’ cancer was a harrowing Stage 4, doctors feel the actor has an 80% chance of survival.

In touch with earthly transience, Douglas claimed in a recent interview to be “uncertain about the future,” noting “you just never think it’s going to be you.” America hopes and prays that with prompt care Michael Douglas regains his health. However, there is a strange sort of irony to this otherwise tragic situation.

Awareness of human mortality is interesting coming from a noted Democrat like Michael Douglas.   Especially since the “Basic Instinct” actor faithfully contributed to candidates responsible for passing a horrendous health care reform bill poised to negatively impact the mortality of defenseless Americans.

After suffering the ravages of a dread disease like throat cancer, maybe Michael Douglas will comprehend the error of financing candidates who eagerly signed onto a bill that, in due time, will subject gravely ill people to the same frustrating situation Douglas has endured for months.

The Hollywood actor’s contributions to Barack Obama’s campaign and every other Democrat candidate – including the late health care reform champion, “lion of the Senate” Edward Kennedy – ensured that, unlike Michael Douglas himself, many sick Americans will never have the same opportunity to promptly see a doctor.  Faced with an uncertain future, it’s possible the ill and infirm will be forced to wait months for diagnostic care.  Then, if need be, when a government bureaucrat decides to approve treatment, in many cases it may be too late.

Before the Douglas family casts a vote in 2010, and especially in 2012, after experiencing what they’ve experienced maybe the couple will reflect on how it would feel to be subjected to watching Michael endure unbearable pain, aware that “something is up,” while waiting months for access to a physician.  And then being forced to wait six more months for a too-late-in-coming second opinion.

Zeta-Jones said “she can’t stand the thought of watching her husband undergoing chemotherapy and radiation and losing his strength as he battles the disease.”  At least Catherine’s husband has the opportunity to fight and conquer throat cancer. However, thanks to Michael Douglas’ choice for President in 2008, the future looks dim for other terminally ill Americans who in the future stand a good chance of being denied the type of life-saving treatment Michael Douglas, thank God, has had the benefit to receive.

Regardless of politics and at a difficult juncture in his life I pray Michael Douglas beats throat cancer and is fully restored to full and vigorous health.