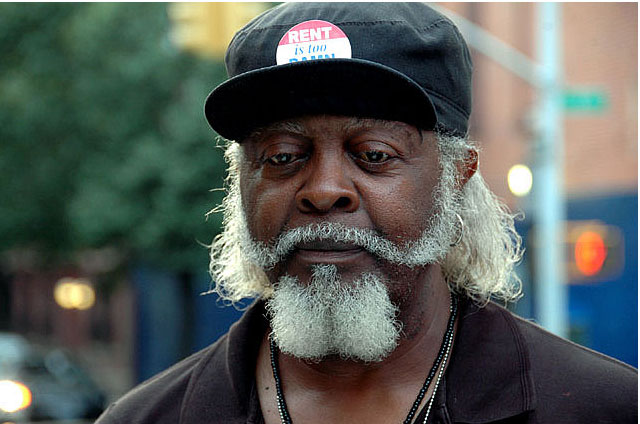 Either way, what’s the big deal? Jimmy is just another in a long list of politicians that appeal to Americans about issues they holler about and pretend to personally identify with, but in truth are unscathed by.

In fact, according to the New York Times, McMillan hasn’t paid a cent of rent since the 1980’s when McMillan began to “live rent free in exchange for maintenance work.” Jimmy is busy yapping about high rent after having saved almost $250,000, over 25 years, at $800 per month.

Jimmy McMillan had to have learned from Obama. The gubernatorial candidate demands from others while submitting to no one – complaining about high rent while not paying rent.

It very well may be that after watching Barry tall-tale his way to the top, Jimmy figured why not create a political party similar to the Democrat Party, where a candidate stands for one thing while doing another.

Following the example of the community organizer who woke up in the White House, McJimmy mimicked Obama’s catchy sloganeering and false pretense in hopes of catapulting yet another inexperienced renegade from the streets of Flatbush right into the Governor’s mansion.

Following in the footsteps of Barack, who continues to maintain that “What the naysayers don’t understand is that this election has never been about me. It’s been about you.” McMillan, when challenged as to why his platform does not represent his personal life, claimed in true Obama style: “It’s not about my rent. It’s not about me.” Mr. McMillan, like Mrs. Obama, is merely concerned “about the children’s future…[and] where will they stay?”

Maybe Mr. McMillan honed his political chops by secretly visiting Pastor Jeremiah Wright’s anti-Semitic church. Like Barack, Jimmy doesn’t appear to exhibit a fond affection for Israel.  In fact, Jimmy McMillan has “been accused of posting anti-Semitic rhetoric on his website that blames Jewish landlords for the lack of affordable housing in Williamsburg.”

So the eccentric “fired up” no-rent-payer campaigns in the tradition of Barack Obama, where “indignant pontification doesn’t appear to stem from personal experience” and whose rant that “The rent is too damn high” may just be a more folksy, down-to-earth rendition of slogans like “Yes We Can” and “Hope and Change.”

New Yorkers shouldn’t disqualify New York’s very own tall taleteller just because he promotes a concept he doesn’t adhere to himself. With a little more practice, Brooklyn’s Jimmy McMillan could very well surpass his political mentor Barack Hussein Obama in style and substance and be ready to run for president.