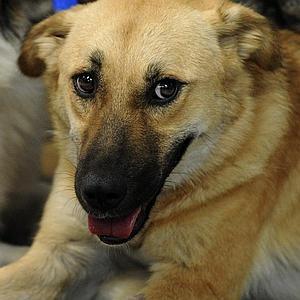 For those Americans chomping at the bit to have Big Brother administer healthcare, it might be wise to consider this: “If Target isn’t safe, nobody is.”

Target was the famous pooch that saved the lives of 50 U.S. soldiers in Afghanistan. The dog “helped scare a suicide bomber who showed up at a base wearing 25 lbs of explosives, barking at and biting the terrorist. Target was hailed a hero… treated by medics as though she was a soldier.”

Target survived IED explosions and the Taliban.  However, surviving a local government employee was an insurmountable challenge even a canine war heroine couldn’t win.  Target was mistakenly euthanized.

Although the guilty employee is on administrative leave after unintentionally putting Target to sleep, unfortunately the dog that managed to make it to America from war-torn Afghanistan won’t be returning home from doggy heaven any time soon.

Ruth Stalter, director of the Animal Care and Control Center explained: “When it comes to euthanizing an animal, there are some clear-cut procedures to follow. Based on my preliminary investigation, our employee did not follow those procedures.”

Before going into the story of Target’s untimely end, it’s important to note Pinal County’s Animal Care and Control is a Division of the Health and Human Services Department, a county agency that “protects the health and welfare of Pinal County citizens.”  In other words, the animal shelter is government-run on the county level.

Based on ordinances, the division enforces regulations and provisions, “humanely” cares for animals, and provides “proactive and ongoing public education and information to the residents.” Above all, the organization prides itself on always adhering to “professional standards in all aspects of public relations and animal management.”

Tell that one to the dog’s owner Sgt Terry Young and his devastated four year-old son.

Sgt Young said: “‘I just can’t believe that something like this would happen to such a good dog.” Target escaped from Young’s yard, and although the sergeant tried desperately to find her a concerned neighbor had already called the shelter.   Poor Target fell into the hands of the enemy, disguised as a friendly government worker, with a Phenobarbital-filled needle and a bottom line.

After tracking down the missing dog, Sgt. Young tried to reclaim his pet only to find the shelter was closed until Monday.  You know the old adage – “Don’t get sick on the weekend…there’s nobody on staff,” especially if the hospital workers are on the government payroll.

Nevertheless, on Monday Sgt. Young attempted to retrieve Target, “only to find out she was dead.” County officials say the “employee mistakenly took the dog out of its pen … and euthanized it.”

A teary Sgt Young told a local TV station: “My four year-old son just can’t understand what is going on with Target and keeps asking me to get the poison out of her and bring her home. They don’t want her to go be with God yet.”

Target the Heroine Dog’s Post-mortem message to America: Once Obamacare kicks in, be wary of smiling bureaucrats touting professional standards in all aspects of health care management, because the government fix may include an inept health care worker sending any one of us on a premature one-way trip, even though it isn’t our time “to go be with God yet.”