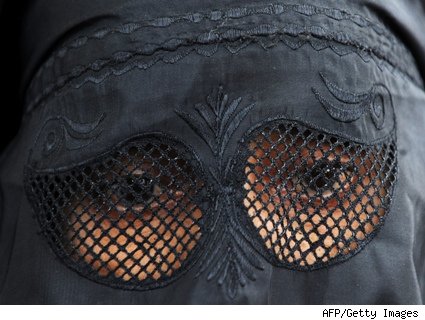 There is no denying that the Secretary of State is in serious need of cultural sensitivity training.  Either that, or Hillary believes Iranian men should cast aside mores and treat American women in a manner prohibited by Persian culture.

In the name of cultural diversity, liberals are famous for encouraging Americans to accept everything from footbaths in Walmart to substituting Happy Kwanza for Merry Christmas. However, a dilemma arises when a liberal feminist diplomat faces a foreign philosophy that deems inferior all things female.

Recently, Hillary Clinton found herself in that type of conundrum. While visiting Bahrain, the Ambassador of the village where all children should be raised received a dose of a culture so diverse that at the 2010 IISS Manama Security Dialogue dinner Iranian Foreign Minister Manouchehr Mottaki maintained a 50-foot distance between his manhood and the Secretary of State’s womanhood.

What was Mrs. Clinton expecting Mr. Mottaki to do, treat a woman as he would Jordan’s King Abdullah II? If so, there’s a good chance Hillary was sorely disappointed because the Iranian Foreign Minister did everything in his power, and then some, to avoid a Tifatul Sembiring/Michelle Obama moment. Mottaki took great pains to avoid “forced contact” with the woman who refuses to wear anything but a pants suit.

Cultural mores or no cultural mores, Hillary Clinton, even if only out of deference, is not one to demurely retire to the “Ladies Only” powder room to freshen up her lip gloss. It seems Madame Secretary’s determination to speak with the Iranian Foreign Minister bordered on the type of behavior rivaled only by David Letterman stalker Margaret Mary Ray.

Hillary “pursued [Mottaki] both inside and outside the gala dinner …at the Ritz Carlton in Manama.” Like it or not, a frenzied Hillary was going to see to it that Mottaki was provided a public opportunity to exhibit warmth toward a culture that esteems the fairer sex.

Yet try as she might to speak to Mr. Mottaki, the Iranian Foreign Minister visibly and “deliberately avoided contact with her both times.” Secretary Clinton said, “If he comes to the dinner, I’ll probably see him. But he doesn’t talk to me.” This is exactly the sentiment Hillary expresses every time dinner in Chappaqua gets cold waiting for Bill to arrive home.

Hillary’s feminine intuition accurately read Mottaki’s signals. It became obvious the Iranian Foreign Minister was avoiding the former first lady. In fact, according to reports, the Secretary of State’s mission to track down and corner Manouchehr Mottaki even captured the attention of dinner guests watching to “see whether [Hillary] and Mottaki would trade words.”

Clearly, all the Secretary was trying to do was initiate the diplomatic dialogue Obama promised to have with Iran – the only “without precondition” precondition being Iran agreeing to grant diplomatic face time to a certain in-your-face female politician. Moreover, since at dinner the Iranian minister and Secretary of State were dining only “five seats apart,” in desperation Hillary might have successfully captured Mottaki’s attention had she thought to “accidentally” tip over a glass of water, or drop a lace hankie along side the foreign minister’s chair.

Twice throughout the evening, Hillary “went out on a limb … to try to make it happen, but the end result was only an unintelligible mutter from the Iranian leader in the general direction of the secretary.” Thank God the feisty Mrs. Clinton relishes a challenge and knows how to weather male rejection, because any other woman would have either given up or burst into tears.

Standing on tippy toes, stretching to see around heads and totally distracted from the conversation around her as the head table dinner guests were shaking hands and bidding adieu, with eyes riveted on the Iranian Foreign Minister an obsessed Mrs. Clinton exhibited a shocking level of cultural tactlessness by attempting to shout Mr. Mottaki down.

Hillary said, “He saw me and he stopped and began to turn away. And I said, ‘Hello, minister!’” Mottaki responded by doing what any self-respecting Iranian man would do when addressed face-to-face by a Western woman: “He just turned away.” A spurned Clinton added, “Mottaki seemed to mutter something in Farsi but was clearly trying to avoid me.”  Now that is one mutter, for sure, that certainly cries out for translation.

Seems that as the humungous Clinton contingency neared the exit, Mottaki, in lieu of a getaway route via an accessible fire escape, purposely dilly-dallied to “avoid having the two delegations converge a the door at the same time.” Mottaki claimed he wasn’t ignoring the Secretary of State, but was merely reciprocating polite niceties with the King of Jordan, an explanation that might have sufficed if that were Clinton’s one-and-only try. It wasn’t.

“The next attempt” by Margaret Mary Ray Clinton came in the driveway while waiting for the two motorcades to pull up. “Again, Clinton called out to Mottaki with a greeting and again, Mottaki refused to respond.” The way the culturally challenged Secretary of State was working so tirelessly to coax a greeting from the Iranian minister, she might as well have tossed a shoe in his direction to get the man’s attention.

Word on the street is Mottaki “simply was not interested in making news about a warm interaction with Clinton ahead of the negotiations.  It simply would not play well for him domestically.”  However, it is more likely Mottaki resisted “interacting with Clinton at least in part because she is a woman.  Mottaki’s behavior at the press conference confirmed that he is distinctly less interested in dealing with women face-to-face.”

Being a staunch supporter of mutual respect between cultures, Hillary more than most should support the Iranian Foreign Minister’s customary dismissal of women.  After all, cultural sensitivity calls for warm acceptance of any and all ethos.  Right?

The next time the Secretary of State has an opportunity to meet with a Middle Eastern man, she should be the one who willingly exhibits the kind of sensitivity that liberals demand of Americans here at home.  In response to lessons learned from being majorly dissed by Manouchehr Mottaki, and in order to assure that a feminine presence is accepted at the unconditional negotiation table, all future Middle Eastern interaction and diplomacy should be conducted with Hillary Clinton hidden from view by a full burqua.