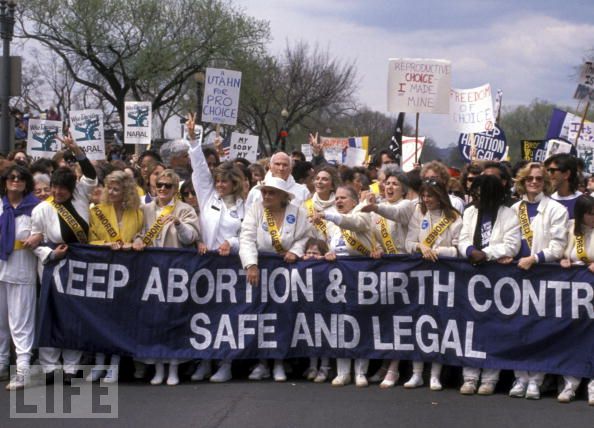 Fresh off promoting her Fit and Strong exercise video, without even one iota of evidence, Jane Fonda took to Twitter to blame the tragic shooting of Arizona Congresswoman Gabrielle Giffords and the cold-blooded murder of six innocent individuals, including a nine-year-old girl, on Sarah Palin, Glenn Beck, and the Tea Party.

Jane is more focused on condemning uninvolved conservatives than she is on the maniacal murderer who slaughtered half a dozen people in cold blood in a parking lot.  Given the fact that the shooter is an alleged flag-burning mental case, one would think that with her treasonous history, Jane Fonda would applaud Jared Lee Loughner’s America-hating extracurricular activities.

Granted, Jane Fonda has never exhibited an exceptional intellect.  The woman was photographed sitting on an anti-aircraft gun yukking it up with Communist North Vietnamese soldiers with a pot on her head wearing a Vietnamese-made ao-dai pantaloon/wedding dress.  So the idea of Fonda shooting off her mouth without the benefit of verifiable facts, let alone thinking through the hypocrisy of her statements, is not surprising.

Couple Fonda’s inappropriate placing of blame with the liberal media endlessly expressing outrage over the loss of life in Arizona while continuing to shill for abortion rights, and you have another prime example of the politicization of misfortune.

What CNN and Jane Fonda have failed to mention is that, à la Bill Ayers, an obviously disturbed Jared desecrated an American flag on YouTube and cited his favorite reading material as Hitler’s manifesto on the control of government, industry, and health care, Mein Kampf, and Karl Marx’s collectivism handbook,The Communist Manifesto.  Caitlin Parker, Jared’s high school friend, claims that the Tucson shooter leans left.  If that’s true, then the deaths of six are certainly a drop in the bucket when compared to the millions of deaths advocated for since the inception of Roe v. Wade by others who lean left.

Even Jane Fonda now admits that her decision to “encourage” North Vietnamese troops was a “betrayal.”  Suddenly, a woman whose behavior contributed to the deaths of American soldiers is expressing public indignation over the injustice of premature death.  Thus, there is no more qualified a representative than Jane Fonda to stand for liberal absurdity.  Jane epitomizes the hypocrisy of the left, because a left-winger expressing shock over loss of innocent life is like Osama bin Laden voicing opposition to terrorism, or Hanoi Jane herself mourning at a military funeral.

Few would argue that Jared Loughner isn’t disturbed.  However, the reaction is more about hypocrisy and liberal exploitation of tragedy than psychotic injury inflicted by a sick man.  Shamelessly, the day after Blue Dog Democrat Congresswoman Gabrielle Giffords was shot through the brain, Jane Fonda blamed Sarah Palin, tweeting, “Progressive Arizona Rep Gabrielle Giffords is shot. In her ads, Sarah Palin had her targeted in a gun site [sic]. Inciting to violence.”

Fonda, devoid of proof, blamed Palin, Beck, and the Tea Party for a crime that is just another in a long list of examples of what befalls a culture that devalues life.  Discussing the anti-Vietnam War “Winter Soldier” hearings, staged with John Kerry in 1971, Jane might as well have been describing Loughner when apologizing for the American military, saying, “When you put young people into an atrocity-producing situation where enemy and civilian are commingled, where the ‘other side’ is dehumanized, we cannot be surprised.”

Rather than condemnation, pro-choice Fonda, who has personally contributed to the dehumanization of life, should extend thoughtful consideration as to how “commingling enemies and civilians” at a Tucson Safeway political rally could easily result in the loss of life when a deranged madman is added to the mix.  Instead, culpable parties like Jane Fonda look for someone else to blame and tweet hypocritical blather to suppress their own consciences with statements like “@glenbeck guilty too. Shame. It must stop!”

The aged activist ended the flurry of condemning tweets by saying, “@SarahPalin USA holds responsibility. As does the violence-provoking rhetoric of the Tea Party.”

Actress Jane Fonda has dedicated a large portion of her adult life to defining a human being as someone who has the choice to kill another human being, and now she has the nerve to blame pro-life Tea Party activists Sarah Palin and Glenn Beck for violence in Arizona?  It is not surprising that Fonda continues to do what liberals do — stir dissension in the name of peace while refusing to acknowledge her own contribution to the societal sickness that threatens all our lives, from abortion clinics to impending death panels.

Apparently, Fonda is so busy blaming conservatives she forgets that celebrity has the power to prod toward bloodshed.  In fact, in 2008, as prestigious keynote speaker Fonda visited the state of Arizona to address a Planned Parenthood Annual Founder’s Celebration.  While there, anti-violence peacenik Fonda spoke on behalf of an organization responsible for the unfettered massacre of thousands of unborn children.

Sorry, Jane — your indignation over the deaths of six people, although noble, seems a tad insincere, especially given your speech in Arizona two years ago, where you proudly supported the Arizona/2008 extermination of 10,296 nameless, faceless human beings.

There is no denying that the heartbreak in Tucson calls for a sobering acknowledgment that America’s culture of death has saturated our society and, even in the most innocuous of situations, threatens all our lives.  Even so, the last people who possess the credibility to lecture or blame anyone for cruelty or carnage are liberals, like Jane Fonda, who denounce the appalling death and injury of a small group of victims murdered by a madman after spending the last 38 years heartily applauding the slaughter of 1.3 million helpless babies a year.