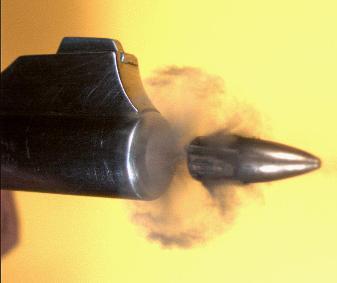 In the ghost town of Fort Quitman, 80 miles southeast of El Paso, four US road workers were up at dawn attending to “shovel ready”  jobs by filling potholes with gravel.   Unfortunately, “at least one Mexican gunman,” who probably just wanted a chance to do jobs Americans won’t do, “fired a high-powered rifle across the border,” barely missing the workers.

“The bullets struck private land …about half a mile from the border fence.” Thankfully, the quartet escaped unharmed.  “Mike Doyle, Chief Deputy of the Hudspeth County Sheriff’s Office, said after the fact, a rancher spotted a white pickup fleeing the area on the Mexican side at 10:30 a.m. — the time the shots were fired.”

According to Doyle, “Drug cartels use this busy smuggling corridor in between the Quitman Mountains and mountains in the northwestern part of Chihuahua State to traffic marijuana and sometimes cocaine.”  The chief deputy explained the incident by saying: “The gunman might have shot at the road workers to distract them or get them to flee.”

So in other words, criminal interlopers tried to get American workers to disperse from territory where they had every right to work and exist in order to “get them outside [the] area?”

Francisco “Quico” Canseco, R-Texas said: “It is completely unacceptable that Americans at work, doing their job in America, come under gunfire from across the border in Mexico. Our border is not secure from violence that threatens American lives. Securing our border against the cartels and their violent threat must be a top priority.”

After the shooting, two Texas Rangers and Hudspeth County Sheriff Arvin West and Chief Deputy Doyle were at the scene looking for the bullets with a metal detector, which when weighed against the alternatives is preferable to a medical examiner digging bullets out of heads.

“The U.S. government built narrowly spaced steel poles north of the Rio Grande to fence the border in that West Texas area. The slots are not wide enough for people to cross, but small objects can fit between the 15-foot-tall poles.” Thus, the lone gunman must have been dedicated to scattering the workers because nothing deterred his squeezing the gun barrel through or shooting off the bullets.

This particular shot across the border initiated Hudspeth County into an elite group. “In El Paso, stray bullets from a drug-related gunfight hit City Hall in June. Another stray bullet struck a University of Texas at El Paso building in August.”  And to date, newlywed David Hartley’s body has yet to be recovered after being shot by Mexican gunmen on Falcon Lake, a border area near Laredo, Texas.

After the bullets missed the US four workers, the men were escorted away from the scene, which successfully accomplished the original intent of the shooter:  Disperse the crowd and clear the area so as to drive unhindered right on through to Texas. Moreover, and much to the relief of the high-powered rifleman, Border Patrol spokesman Bill Brooks assured drug- and gun-runners, as well as marauding banditos with high-powered rifles, that Border Patrol does not plan to deploy additional agents to the area. Brooks vowed: “There is no beefing up in any way.”

Governor Rick Perry’s spokeswoman, Katherine Cesinger, said that “If these reports are true, it is yet another incident of border violence and spillover. It goes back to the need for the federal government to provide more resources to the border, which is certainly feeling the effects of the escalating violence in Mexico.”

Nevertheless, not all is lost.  Texas could follow Arizona, a state that recently chose to address violent behavior by distributing “Together we Thrive” tee shirts.