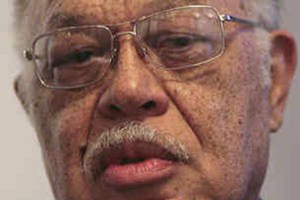 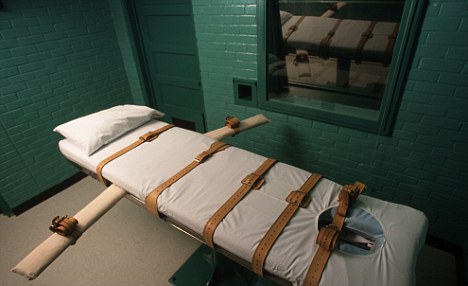 In a world full of bad news, it’s great to occasionally get some good news. That good news came when the Philadelphia District Attorney’s office announced they were seeking the death penalty for abortionist Kermit Gosnell and three of his assistants: Lynda Williams, 42, of Wilmington; Steven Massof, 48, of Pittsburgh; and Adrienne Moton, 33, of Upper Darby.

Gosnell’s assistants were the loyal employees who stuffed the dead babies into the refrigerator after Kermit helped poor women exercise their right to choose by snipping the spinal columns of seven (that we know of) full term, born alive, viable infants.

The only bad news was that prosecutors “officially notified defense attorney Jack McMahon that they plan to seek death by lethal injection if a jury finds Gosnell guilty of first-degree murder in the abortions that took place at his Women’s Medical Society clinic.”   Don’t get me wrong; it’s not bad news that Kermit is being escorted to the death chamber, it’s just disappointing that Doctor Gosnell has to be administered a humane execution.

Gosnell should be thankful that an “eye for an eye and a tooth for a tooth” is not the law of the land because if it were, the fiendish physician would have been subjected to the same “grisly” saline, suction, scalpel and snipping procedures that he frequently conducted on the most helpless and vulnerable among us.

When “ensuring fetal demise,” Gosnell did not discriminate.  The doctor administered extensive physical damage and death to grown women too.  Kermit is charged with the third-degree murder of Karnamaya Mongar who, while participating in what pro-abortionists call a “safe, legal and rare” procedure, was over-anesthetized by one of Gosnell’s unqualified helpers.

In another case, after looking around the doctor’s “filthy…poorly run” operating room, one woman who sought an abortion and then changed her mind alleges Kermit anesthetized her and carried out the abortion anyway.

Besides unsanitary conditions and women dying from massive drug overdoses and sepsis, Gosnell has also been the subject of numerous lawsuits, including an incident involving a 13 year-old girl who obtained an abortion from Gosnell without the required parental consent.

America’s most famous “sloppy technique”-fixer Gosnell, although operating out of a filthy, blood-splattered clinic full of fetal body parts and cat litter, is basically just the City of Brotherly Love’s version of Dr. George Tiller, the deceased Kansas late-term abortionist. Both Gosnell and Tiller formed their reputations on being available to the needs of women who believed their lives could only be saved by killing unborn children “a day before delivery.”  The only difference was that Kermit Gosnell’s clientele were almost exclusively poor, minority women.

Now Kermit and his staff are confined to a prison cell awaiting a decision that determines whether they live or die. Gosnell has deprived the right to life of many an unborn child, and now finds himself in an ironic situation: His life hangs in the balance, and choice – albeit a judge and jury’s – will ultimately determine this abortionist’s destiny.