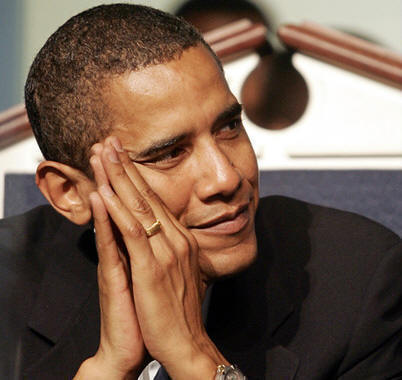 In Barack Obama’s economy, it appears as if making a philosophical point is worth the loss of American lives. For example, in an appeal to the gay lobby Obama mandated that, in the midst of war, our military be purposely distracted from the pressing issue of defeating the Taliban, by demanding combat troops give precedence to gay sensitivity training on the battlefield.

In addition, the President of the United States seems committed to strengthening America’s enemies by ignoring the true motives of those whose intent is to do us harm. On more than one occasion, after military personnel were murdered in cold blood by “Allahu Akbar”-screaming terrorists, Obama – careful not to be offensive to Islam – refused to refer to terrorism as such.  Instead, rather than condemn the obvious, an emotionless Obama called an act of holy war a “horrific outburst of violence,” leaving the judgment of jihadists to formal inquiry.

North Korea and Pakistan are nuked up. Iran and even Venezuela are careening in that direction. China and Russia, try as they might to pretend otherwise, are poised for military alliance, while Obama’s “world without nuclear weapons” national security policy is at work undermining America’s ability to defend itself.

As the world grows increasingly dangerous, and in hopes of spurring a “denuclearization discipleship,” Obama decided to start the process by emasculating the United States through disarmament.  Barack’s nuclear-free world mantra is devoid of “Peace through strength…trust but verify and beware of evil in the modern world.” In a schoolyard full of bullies dying to take a baseball bat to America’s skull, little Barry comes armed with a water pistol.

To prove his unwavering commitment to a nuclear-free world, the President signed a treaty with Russian President Dmitry Medvedev to reduce deployed strategic nuclear warhead arsenals by 90 percent, from 31,000 to 1,500.  Such an irresponsible resolution points to Barack being one of two things: diabolical or naïve. Unfortunately, either way, the outcome is the same – Americans are placed at risk and our country is “fundamentally transformed” into a castrated third-rate power.

Maybe Barack just has an aversion to self-preservation, because the ratified treaty not only limits America’s nuclear arsenal, it gives Russia the right to inspect our reserves after the fact and restricts the nation’s ability to respond to nuclear attack.  Moreover, the START Treaty overlooks the disparity between Russia and U.S. tactical nuclear weapon stockpiles and hands Russia’s modernized long-range missile program the advantage.

Nikita Khrushchev prophesied that one day Russia would “bury ” America. Obama’s liberal dream of a utopian world free of nuclear weaponry could turn into a nightmare for our country by way of annihilation, because 50 years after Khrushchev, Obama has provided gravediggers like Iran and North Korea a shovel.

Besides signing a treaty that could potentially cost millions of American lives, closer to home the Obama administration advised Alcohol, Tobacco and Firearms agents to allow guns to go to Mexico where a fierce border war rages. Gangs, gunrunners and violent drug cartels aren’t privy to nuclear arsenals, so instead the administration armed the enemy with good old-fashioned firepower by walking guns “into the hands of criminals who … use them in Mexico and the United States.”

ATF Federal Senior Agent John Dodson, as well as other sources, revealed: “The gun walking strategy was approved all the way up to the Justice Department. The idea was to see where the guns ended up, build a big case and take down a cartel. And it was all kept secret from Mexico.”  Obama’s approbation on the deadly decision to supply guns to drug cartels resulted in the death of both ICE Special agent Jaime Zapata and Border agent Brian Terry, armed only with beanbag rounds in a riot gun.

Barack must believe, as do the ATF agents videotaping Mexican cartels loading arms into trucks at Arizona gun shops apparently, that “If you’re going to make an omelet, you’ve got to break some eggs,” and if the egg happens to be a third of North America or a couple of brave Border patrol agents, oh well.  Agent Dodson said Brian Terry was gunned down with a “Fast and Furious gun,” which was found at the murder scene along with “two assault rifles the ATF let go nearly a year before.”

According to Dodson, giving murderers the means to prevail “never did take down a drug cartel.” Yet “thousands … [of] weapons are still out there” and Dodson predicts a rogue arsenal will be “claiming victims on both sides of the border for years to come.”

Obama’s logic is insanely similar on both the nuclear disarmament and Mexican armament situations: Hand the advantage to America’s enemies, disarm the most powerful nation in the world and furnish our nation’s adversaries with opportunities to acquire the artillery to use against us.

Security concerns are greater than ever, and terrorists and drug cartels are forever looking for creative ways to smuggle drugs, weapons of mass destruction, and themselves into the United States.  That explains why it had to be Obama’s twisted logic that recently approved of a delivery system allowing loaded 18-wheelers, driven by Mexican truckers, unlimited access to American roads.

Minimally inspected Mexican long-haul rigs fitted with containers trucking through America adds texture to Obama’s nuclear disarmament fantasy, which is destined to fail, as is the Justice Department’s lame attempt to take drug cartels down by providing gangs with AK-47s while Americans stationed on the border are forbidden to carry guns.

If common sense demands a logical policy decision, Barack Obama chooses the opposite. The pattern is this: In a quest to attain an ideological goal, the President purposefully ties the nation’s hands behind its back, intentionally contributing to America’s weakened condition.  Whether at the treaty table or making policy decisions that affect everything from the American economy to a porous border, Obama seems willing to sacrifice lives and our way of life to promote a liberal ideology that looks increasingly as though its end goal includes the destruction of America.