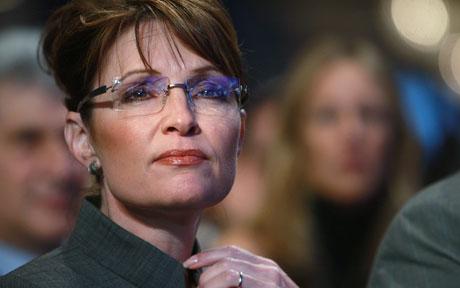 When the health care debate was raging, one of arguments from the opposition was that an eventual shortage of government monies would result in lost lives.  Former Alaska Governor Sarah Palin was mocked and disparaged as a fool for warning Americans that Obamacare would usher in “death panels” where, due to budgetary restrictions, the aged and chronically ill would be denied care.

Even President Barack Obama joined smarmy liberal comedians like Bill Maher to publicly scoff at the idea of “death panels.” The left condemned what they called outlandish scare tactics employed by conservatives attempting to stop a policy that would provide coverage to 30 million uninsured Americans, but in effect would put the government in control of life and death issues.

Fast-forward to 2011 and the very people who condemned Sarah Palin and the Republicans for being over-the-top on the anxiety chart became the harbingers of imminent death panels, only this time the fatalities would be driven by budget cuts.

Take for example Nancy Pelosi saying that the budget bill would starve six million seniors to death and that impoverished children would be jettisoned out of the Head Start program. Worse than that, Nancy said that Republicans, led by Speaker of the House John Boehner (R-OH), were declaring an all-out “war on women.”

When speaking to CNN, Washington’s newest Death Panel Diva left no stone unturned, especially when it came to describing the detrimental effect of Republican policies on the fairer sex:

According to Nancy, even modest spending cuts would result in a nation of unemployed, underpaid, uneducated, penniless, sick females unable to retire.  Pelosi predicted American women would be destined to roam the streets like zombies, riddled with cancer and missing womanly parts of their anatomy, all victims of “the ideological old style agenda of the Republicans.”

This is the woman who “called out former Alaska Gov. Sarah Palin (R) for having made the ‘lie of the year’ for claiming the healthcare bill would set up ‘death panels.’”

According to the former Speaker of the House, cutting $38 billion, give or take a billion – which is about what it takes to run the US government for four days at $10.46 billion per day – American women would fast become the bane of planet Earth. Yet, ask a Democrat whether it will cost lives if a nation with a $14.3 trillion deficit ever had trouble coming up with $1.2 trillion for health care reform, and the answer is always a resounding “No!”

Nevertheless, when it comes to Democrat budgetary doom and gloom, Pelosi is not alone.  In response to Republicans demanding funding be cut to abortion provider Planned Parenthood, Senate Majority Leader Harry Reid took a huge leap from those on the right not wanting to pay for dilation and curettage to accusing Republicans of wanting women to die of cancer.

On the Senate floor Reid said: “Republicans want to shut down the government because they think there’s nothing more important than keeping women from getting cancer screenings. This is indefensible and everyone should be outraged.”

Isn’t this is the same group who mocked Palin for suggesting that government run health care would end in death panels?

Harry Reid and Nancy Pelosi attempted to win a budget battle by implying that Planned Parenthood being denied $349.6 million dollars a year in funding could ultimately impact the well-being of 91.4 million adult women, which is quite a stretch. Such an absurd claim greatly differs from Sarah Palin coming to the logical conclusion that a shortage of health care money could equal denial of care. Reid, on the other hand, is alleging secret motives of an entire political party amounting to purposeful murder.

Lest we forget, this whole the death panel discussion was resurrected because the government’s inefficiency has placed America in an economic quandary. And this is the same government that swears there will always be ample funds to ensure that even an 85 year-old grandparent will never be denied care and sent home to die.

During the Obamacare debate, Sarah Palin was merely pointing out that a virtually bankrupt government could never cover the high cost of caring for an aging population. It took Harry and Nancy carping about denial of funds to Planned Parenthood to confirm that Sarah was right.

In an attempt to smear Republicans, Harry and Nancy probably didn’t realize it, but they proved Sarah Palin’s original point that health care reform policy poses a threat.  If the left’s argument is correct that modest budget cuts have the potential to starve old people to death and threaten lives, what will happen when the entire nation is at the mercy of a government that finds it impossible to maintain the solvency needed to keep 300 million people alive?