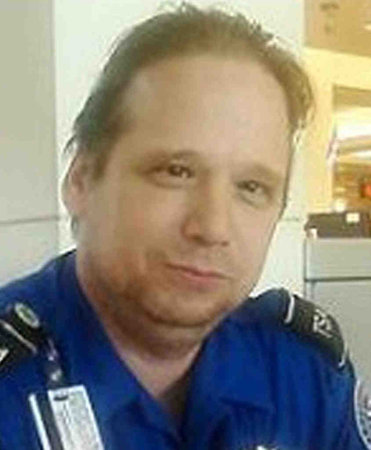 The US government has an increasingly notorious reputation for hiring employees whose backgrounds and histories negatively impact the wellbeing of the American people. The feds desire control and authoritative leadership and yet, from Barack Obama to the uniformed, rubber-gloved employee patting down Grandma in the airport, the government’s only skill is successfully finding and hiring staff that would be better left on the unemployment line.

Take for instance when the US Census Bureau cobbled together a workforce to knock on doors during the “It’s in Our Hands” 2010 census.  That was when convicted sex offender Frank Kuni was ‘handily’ hired to gather demographic information, persuading innocent home dwellers to open the door because he was sporting a government-issued blue writing badge on his uniform. That was scary, but when compared to Indiana US census worker Daniel Miller, who was charged with burglary and rape while proudly representing the US government in the home of a handicapped woman and her elderly mother, Kuni was well behaved.

As evidenced time and again, the government seems willing to give the benefit of the doubt when it comes to things like Constitutional credentialing for those seeking the presidency and excusing civic-minded Black Panthers voluntarily participating in Election Day activities by exercising the right to voter intimidation.

A short time ago, an air safety worker controversy arose. It seems that in American airports, from the terminal to the tower passengers are subjected to hazardous situations, thanks to bureaucrats insisting that the flying public place life and limb under the oversight of a system crowded with individuals better qualified to be mopping jail floors.

No one is exempt, including the First Lady.  Due to federally-employed air traffic controller ineptitude, Mrs. Obama came dangerously close to having a midair collision with a 200-ton military cargo plane.

Even worse, in an effort to root out potential terrorists, prior to allowing the boarding of planes the federal Transportation Safety Administration (TSA) agency has already hired 65,000 screeners whose job is to pat down airline passengers in search of explosive devices.

In the government’s never-ending quest to exhibit nondiscrimination, same-gender security personnel screen small children, paraplegics, and elderly women, one of whom described the humiliating experience in the following way: “If a person touched me like that without my permission, it would be considered criminal sexual assault.”

An ABC News producer said, “The woman who checked me reached her hands inside my underwear and felt her way around. It was basically worse than going to the gynecologist.”

Small children are warned against allowing strangers to touch their private parts; however, a new prerequisite for going to Disneyland, besides doing your homework and cleaning your room, is to allow federally designated government gropers wearing badges and rubber gloves to violate what should be an inflexible “no touching” rule.

Prior to being violated by strangers, terrified children are reassured not to be afraid because the person doing the pat down is of the same sex.  Little girls go on the female groper line and little boys are subjected to extensive man/boy pat downs, a job benefit worthy of posting on the NAMBLA website.

Sex offender census workers, sleepy air traffic controllers, and over-enthusiastic airport security screeners may cause offense to grown ups, but pale in comparison to kindergarteners being felt up by individuals like Transportation Safety Administration Officer Thomas Gordon Jr. of Philadelphia, who apparently has a predilection for child pornography.

The TSA now alleges that the security officer, after putting in a hard day of routinely searching airline passengers, including young boys, “uploaded explicit pictures of young girls to an Internet site on which he also posted a photograph of himself in his TSA uniform” and “distributed more than 100 images of child pornography via Facebook.”

In response to accusations, Homeland Security agents, who largely concentrate on tracking right-wing extremists, prolife activists, and ex-military service personnel, took a break from the “Great Central U.S. Shake Out” earthquake preparation initiative to arrest the pedophile who, for the last six years, has been busily handling six year-olds.

“Citing privacy rules, TSA spokeswoman Ann Davis,” who is part of the government’s effort to deny anyone privacy, “would not say if Gordon has been suspended from his job, but noted that he had been in federal custody since his arrest.”

If Barack Obama’s “full confidence” in the agency that nearly made him a widower is any indication of what the future holds for sexual deviate Thomas Gordon, after “careful assessment of the facts and the law,” Eric Holder will probably drop the charges and Gordon will be back on the job just in time to frisk for summer vacation.

Once again, in the name of safety and security, the American people have been put in jeopardy by a supposedly well-intentioned federal bureaucracy who, all the way up to the White House, employs individuals who are not only unqualified, but many have criminal backgrounds or, in the case of the President, a concealed history at best.

With that in mind, one can’t help but wonder what the future holds for a nation whose lives are being placed at the mercy of a government that insists on keeping Americans out of harm’s way by placing even the smallest citizen in the position of being manhandled by sexual perverts.

If the past is any indication of what the future holds, inept bureaucrats will continue to improperly vet government employees.  Drug addicts will stock pharmacy shelves, hit-and-run drivers will work the licensing window at DMV offices, and illegal aliens will man the phones for Immigration and Customs Enforcement (I.C.E.).  Moreover, with government-run health care on the horizon, it’ll only be a matter of time before chronically ill patients start dying at the hands of Health and Human Services-hired serial killers saving money in health care costs while dressed in government-issued scrubs.