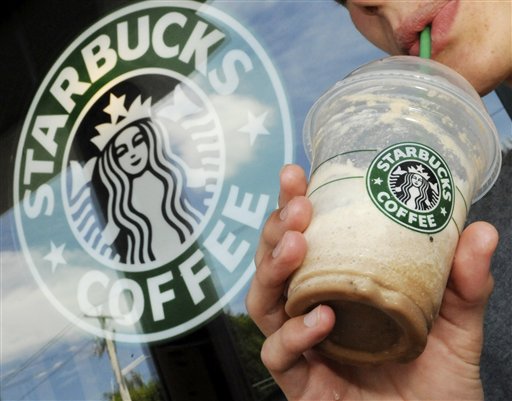 Almost a week after Sandra Fluke supposedly spoke on behalf of sexually active Catholic schoolgirls everywhere, there has been a lot of discussion over the content of the third-year Georgetown Law School student’s comments.  Also in question is the motive behind her appearance as well as whether the right’s reaction was warranted.

Some conservatives are convinced Sandra Fluke is some kind of smokescreen or straw man, which is a valid argument.  Let’s face it, liberals are savvy enough to realize that if things get politically tense for the President, they can always cobble together a panel and throw out some social issue or other for the right side of the aisle to pounce on.  The result? A diversion where conservatives focus more on titillating testimony than Barack Obama’s failed presidency.

To make the rumpus even more diversionary, it is possible the liberals also planned beforehand to have the President jump into the fray (a la the Tucson civil discourse discussion).  Holding the line for the right moment, the left knew that eventually the pre-marital sex, contraception, and abortion bait would get a bite from a prominent conservative.  This time they got lucky and caught a huge fish.

The left also knew that as the economy circles the drain, Israel teeters on the precipice of war, Iran plans to deliver a nuclear bomb, gasoline heads toward $5 a gallon, and the unemployment numbers remain high, is also the perfect time for Barack Obama to rush in and rescue a damsel in distress

From a liberal viewpoint, what with Rush Limbaugh and all, the effort appears to have been quite successful. While to others, on the surface the Fluke Fracas may only seem like a Pelosi-orchestrated, disingenuous left-wing stunt used to convince America that in the name of women’s health a struggling student has a right to a worry-free sex life. But that’s not it at all.

The truth is that Sandra Fluke is a micro example of a macro liberal problem.  The left is replete with angry, selfish, amoral parasites who want to place the nation in the hands of an elite upper class by pushing social welfare programs that extend, as the old idiom goes, “from the cradle to the grave.”

Know this: all liberals, from Fluke to Obama, want to dictate who and how many end up in that cradle and ultimately when they end up occupying those graves.

There’s a treasure trove to glean from the Fluke debate, because the reality is that Sandra Fluke is just Barack Obama in a woman’s conservative business suit and earrings. Listening to what Sandra had to say is identical to the type of sob story Barack Obama would read off the Teleprompter at a NARAL meeting. Same message, same demands, and same socialist goals, with one difference: one has XY chromosomes, the other two XXs.

Regardless of what appears to be happening on the surface, Sandra and Barry are playing the same game, sit on the same side of the table, and are partners on the same team.  Different outfits, identical message.

When it comes to literal interpretations, liberals are usually extremely lax.  To suit themselves, the left are adherents of the “living, breathing” school of Constitutional studies and the “true for you, but not for me” Bible study group. Void of any gray area, suddenly liberals are interpreting Sandra Fluke’s transparent testimony literally.

The complaint from the left is that conservatives unfairly criticized Sandra Fluke and that despite the uproar she never ‘officially’ referred to her personal sex life.

Sandra did talk about the cost of birth control being $3,000 for three years of law school and regurgitated a litany of horror stories she’s heard, all apparently resulting from women being denied subsidized birth control at a Catholic university.  At the end of her testimony Sandra finished by reading off a series of “we” statements, which officially identified her with those she advocated for.

In most instances a person speaking on a particular subject before a congressional subcommittee appears to embody the message.  You wouldn’t have a man lecture congress on the pain of childbirth, or have an agoraphobic share their experiences with public transportation.

If Sandra wasn’t talking about herself by identifying with the hardships of the women seeking birth control, it’s a shame. Democrats could have gained more traction by recruiting a celibate pro-choice nun to speak in favor of government-funded birth control.

Even if Ms. Fluke didn’t literally say: “In three years of law school, I spent $3,000 for birth control,” the argument that Sandra Fluke is a merely a virtuous woman concerned about the plight of oppressed women doesn’t fly.

In conclusion, Sandra Fluke is the recipient of a “public interest” scholarship and attends law school for free.  Yet, to finance her choice to participate in sexual activity she apparently was hard-pressed to come up with $3,000 in three years, which comes to approximately $19 a week.

Here’s the problem: with a little research it’s easy to find out that Georgetown University has a Starbucks located on campus at the Leavey Center.

The coffee enterprise is likely doing a booming business, especially with students who spend most days and nights mainlining caffeine.  At Starbucks one tall (small) cup of java a day runs about $2.01. But most college students indulge in more than one cup a day and many others prefer lattes, frappes, and macchiatos at sometimes triple the price.

It’s probable that those struggling female students at Georgetown Law spend at least the $19 needed to cover the cost of birth control in a week at Starbucks.  Which means either Sandra Fluke needs to argue on behalf of taxpayer-funded Skinny Mochas for sleepy students, or at least have the intellectual honesty to admit she and her female schoolmates should spend their own money on birth control.

So, as usual, despite indignant arguments in their own defense, transparent liberals are not as clever as they think.  Neither are they consistent or honest. Moreover, even with a $40K-a-year law degree, even the smartest among them seem incapable of figuring out that by students simply avoiding trendy coffee shops they could easily finance extracurricular activities and save the government money at the same time.