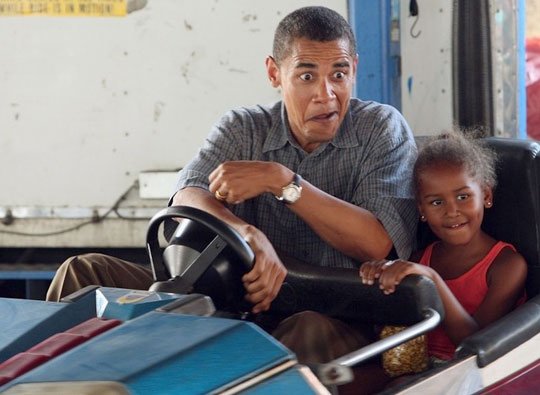 At one of four fundraisers in Illinois yesterday, the President of the United States said, “Chicago is an example of what makes this country great.” This in the city where a former ballet dancer-turned mayor called in Minister Louis Farrakhan of the Nation of Islam to police the mean streets and turned away Chick-fil-A for taking a stand for traditional marriage.

But that wasn’t the worst of it.  At one fundraiser held at Bridgeport Art Center, the always upbeat and encouraging Obama, speaking on behalf of “many folks” and leaving his failed policies out of the equation, said “Too many folks still don’t have a sense that tomorrow will be better than today. And so, the question in this election is which way do we go?”

Immediately after asking that question the President answered it himself.  Seems Obama doesn’t like the old America, and the direction he wants to head is “forward” to “a new vision of an America in which prosperity is shared,” not earned.

Common ownership of personal property is a bold platform to campaign on for a second term, especially for a man who was warned by his wife to stay away from the fried Twinkies at the state fair.

Nonetheless, in Obama’s new America, the government controls profits in much the same way Michelle controls what and how much Barry eats.  Quite simply, the Obama plan is to have the federal government seize property from the prosperous and distribute it as he sees fit, and then after redistributing other people’s wealth, justifying the confiscation of personal property as being necessary to establish fairness and maintain the common good.

According to Obama, anything short of “sharing the wealth” would be moving backward.  Obama said,

What American doesn’t believe that “you can make it here if you try?”  Those are certainly old American values. Unless Barack Obama’s idea of “trying” means that any amount of effort suffices, and if you at least try a little but fail to prosper, then a person who’s worked harder and has prospered more will be compelled under government edict to help you “make it.”

Sharing prosperity can only mean that those who have prospered will be forced to relinquish an even greater portion of their good fortune. That is how, in Obama’s “new America,” a better; more equal tomorrow will be furthered for everyone – except hardworking people whose earnings will be forcibly purloined.

But despite his plans to take yet another step closer to “fundamentally transforming the United States of America” from something old into something new, there is still a playful side to President Obama.  At the Iowa state fair, a few days after introducing his “new America” spiel and in lieu of forbidden fried Twinkies, Barack Obama used the occasion to exhibit allegiance to fair-mindedness and equality by mentioning both the “butter cow” and the “chocolate moose.”

Then, after referring to the moo and the moose, a disappointed Obama said he was forbidden by the Secret Service to use the bumper cars, which would have provided the President the perfect vehicle for an Iowa state fair object lesson to illustrate the direction he plans to take in his “new America,” where prosperity — and everything else that happens — is shared.