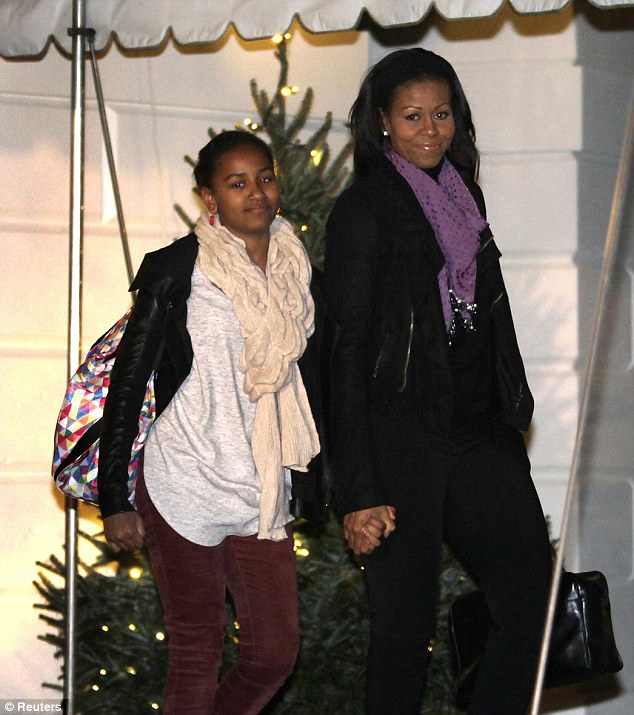 President Barack Obama needs a break.  It’s tiring and takes a tremendous amount of effort to dismantle 250 years of what made America the great nation we once were. So, in anticipation of leaving the drudgery of governing behind, Obama abandoned the wrecking ball he’s been swinging for the last four years, left the 54 holiday trees that lost their lives in the White House, and jetted off with the wife, the kids and the dog for their nine-hour flight to Oahu.

Before Americans get all bent out of shape about the frivolous nature of the time and money involved in the Obama family enjoying an annual Christmas getaway, it’s important to remember that the $4 million estimated cost of the Hawaiian adventure covers things besides souvenirs and grass skirts. Flying in Air Force One at $182,000 an hour for nine hours comes to $3.3 million in round-trip airfare alone. And, in all fairness, the President does pick up the tab for the sumptuous compound on Kailuana Place.

For the other expenses, the Hawaii Reporter estimated that the $4 million price tag covered by the American taxpayer only covers travel, staff housing and protection, and the aforementioned enormous cost to fly Air Force One. Oh, and don’t forget the supplementary cargo plane for various and sundry vacation-related accoutrements.

Moreover, the President, Michelle, Malia, Sasha, and Bo have already made voluntary sacrifices this past year. For instance, last August the first family willingly forfeited their usual multimillion-dollar Martha’s Vineyard summer vacation so the President could toil away on behalf of the middle class without interruption.

Now that the election is over and Obama has securely established the fact that successful, hardworking people are to blame for most of America’s problems, it’s time for him to claim the just reward of a long past-due respite chock full of entertainment and leisure.

During the planned 17-day breather the President will be doing the usual “playing golf, eating at local restaurants with family members and escorting his daughters to island water parks and other activities.”

In other words, while America, on both a micro and macro level, anticipates a future of making do on a painful austerity budget, Barack Obama is resting up in preparation for his splashy, high-priced inauguration party and to resume the hard work he started of fundamentally trashing…sorry, “fundamentally transforming the United States of America.

As for the residents of Oahu or any poor schlub attempting to make his or her way around the island this Christmas, word to the wise: “You better leave early for any scheduled pig roasts, because for the next 2.5 weeks there are expected to be ‘unannounced delays as the presidential motorcade travels around the island.'”

Leis and luaus aside, there is a potential spoiler in the Obama vacation plans. The President may have to discontinue waxing his surfboard, leave the shaved ice behind, and head home before January 6th.  The glitch is that a deal was not reached to avert that fiscal cliff the President and Republican Speaker of the House John Boehner – also known as the Washington version of the notorious cliff-diving duo Thelma and Louise – are about to purposely drive America over.

Therefore, despite Obama’s undying dedication to saving the middle class, as of January 2nd, “a mix of rising taxes and mandatory spending cuts are set to kick in” – thus making Barack ‘Louise’ Obama the proud owner of what John ‘Thelma’ Boehner has coined “the largest tax increase in American history.”

Nonetheless, the President did not seem to be the least bit worried about how it might look luxuriating for two weeks while the nation teeters on the verge of a fiscal nightmare come January 2nd. Nor did he seem concerned one iota that those who bestowed upon him a second term might find it a tad insensitive to take a vacation with such an enormous price tag attached to it at this particular time.

And so, as he bid “aloha” before leaving for the island paradise of Hawaii, the President offered the following holiday advice to the uneasy lawmakers he left behind in Washington DC: “Enjoy some eggnog and Christmas cookies before getting back to business next week.”

A more symbolic gesture would be for Washington lawmakers, in honor of the mess they’ve helped to make, after banging back a couple of shots of cheap whiskey to choke on some stale fruit cake.

Either way, for the rest of America struggling desperately to make ends meet this Christmas, gratefulness should still abound.  Where else but in America could a nation on the brink of economic ruin have the pleasure of living vicariously through the life of the middle class’s biggest champion as he and his family enjoy a $4 million vacation getaway in Hawaii?