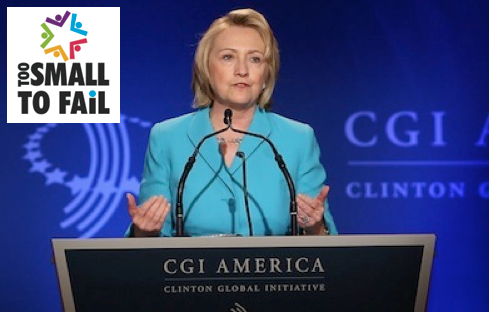 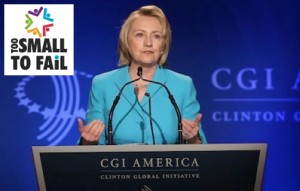 It’s not news that shameless, self-promoting know-it-all Hillary Clinton has been champing at the bit for 40 years to assume the role of Big Kahuna.  After failing miserably as Barack Obama’s secretary of state, now Ms. Hill is gearing up for another presidential run in 2016, when, instead of explaining what happened in Benghazi, she plans to divert attention by feigning concern for small children.

That’s right, Hillary is for the children!  The pro-choice former secretary of state’s disingenuous 2016 presidential efforts will begin by exploiting children ages 0-5.

It’s basically common knowledge that Hillary is a quintessential liberal, and as Barack Obama has proven, left-wingers especially love to use children, dead and/or alive, as political ploys.  For Democrats, supporting the right to abortion, partial-birth abortion, late-term abortion, and, if need be, post-birth non-medical-intervention-abortion is a surefire way to garner political points.

Then there’s the tactic of dragging a group of children out after every major tragedy in order to do things like further suppress the Second Amendment.  And let’s not forget the old Hillary standby of advising parents that children are best raised in the village that Mrs. Clinton claims has recently gone global — that and turning the public school system into a place where kids are schooled to be more sexual than cerebral are what’s advanced progressives as having the kids’ best interest at heart.

That’s why, in preparation for receiving the Democrat nomination for president, it’s no surprise that Clinton is partnering with Global Motherhood and Next Generation, a nonpartisan group that endorses scientific examination of early childhood development, on an early childhood intervention initiative called “Too Small to Fail.”

Isn’t it interesting how global mother Hillary is suddenly so concerned about the early childhood development of 0- to 5-year-olds who, if they were still in the womb, she’d heartily support aborting (safely, legally, and rarely, of course)?

Nevertheless, in her four-minute “Too Small to Fail” video, Hillary, the consummate queen of didacticism, preaches at her audience in a hypnotic voice about how she plans to misuse children for political gain.  She begins by saying things like “Our country’s future depends on healthy kids and loving families.  They’re the building blocks of a strong and prosperous society.”

Besides the fact that our country has no future as long as liberals are in power, this is a woman who comes from the most infamous of all dysfunctional marriages — and she’s preaching to us about “loving families”?

Not to mention her daughter, Chelsea, recently bemoaning the lack of abortion services available when her grandmother Dorothy Howell Rodham was born out of wedlock.  If Hillary’s sham marriage and her daughter’s inability to recognize the impact on her own existence had her grandmother never been born is the type of society Hillary is selling, America had better not be buying.

Yet Hillary the expert stresses that “raising a family is hard work and it’s important to know that you are not alone.  We’re all in this together.”  That gobbledygook means that the goal of organizations like “Too Small to Fail” is to further inject communal influence into the nuclear family and instruct parents on how to parent liberal-style.  After all, Bill and Hill made such great choices.  Never mind that Bill couldn’t have cared less about the psychological effect his adulterous improprieties might have had on his impressionable daughter’s developing psyche.

Liberals need not worry, though; the “Too Small to Fail” collaboration is not called “Too Small to Abort.”  So although pro-choice Clinton is currently focused on the children, those efforts will not impose on liberals’ beloved right to kill the child who, if he or she were to somehow miraculously make it out of the womb alive, would then be promoted to the status of “Too Small to Fail.”

Maybe while Hillary’s at it, she can back that “children’s brain development” study up a few months to find out whether babies feel pain in utero and then report back to Barack Obama who, unbearable pain or not, supports abortion all the way up to the ninth month.

Either way, in the run-up to 2016, abortion fan Hillary must feel that she’ll gain political points if she reminds parents — as if they forgot — that “[o]ne of the best investments we can make is to give our kids the ingredients they need to develop in the first five years of life.”

No, Hillary, “one of the best investments we can make is to give our kids” the gift of life from the moment of conception, and to inculcate them with the belief that all life is sacred.  Clearly, that concept is something you and your liberal cohorts have no respect for as you shamelessly attempt to garner political support by displaying fake concern for the little ones.

Once and for all, Hillary Clinton should do America a gigantic favor and pack up her worn-out carpetbag, retire to that village she’s constantly selling, and leave the welfare of America’s children to those who truly care.