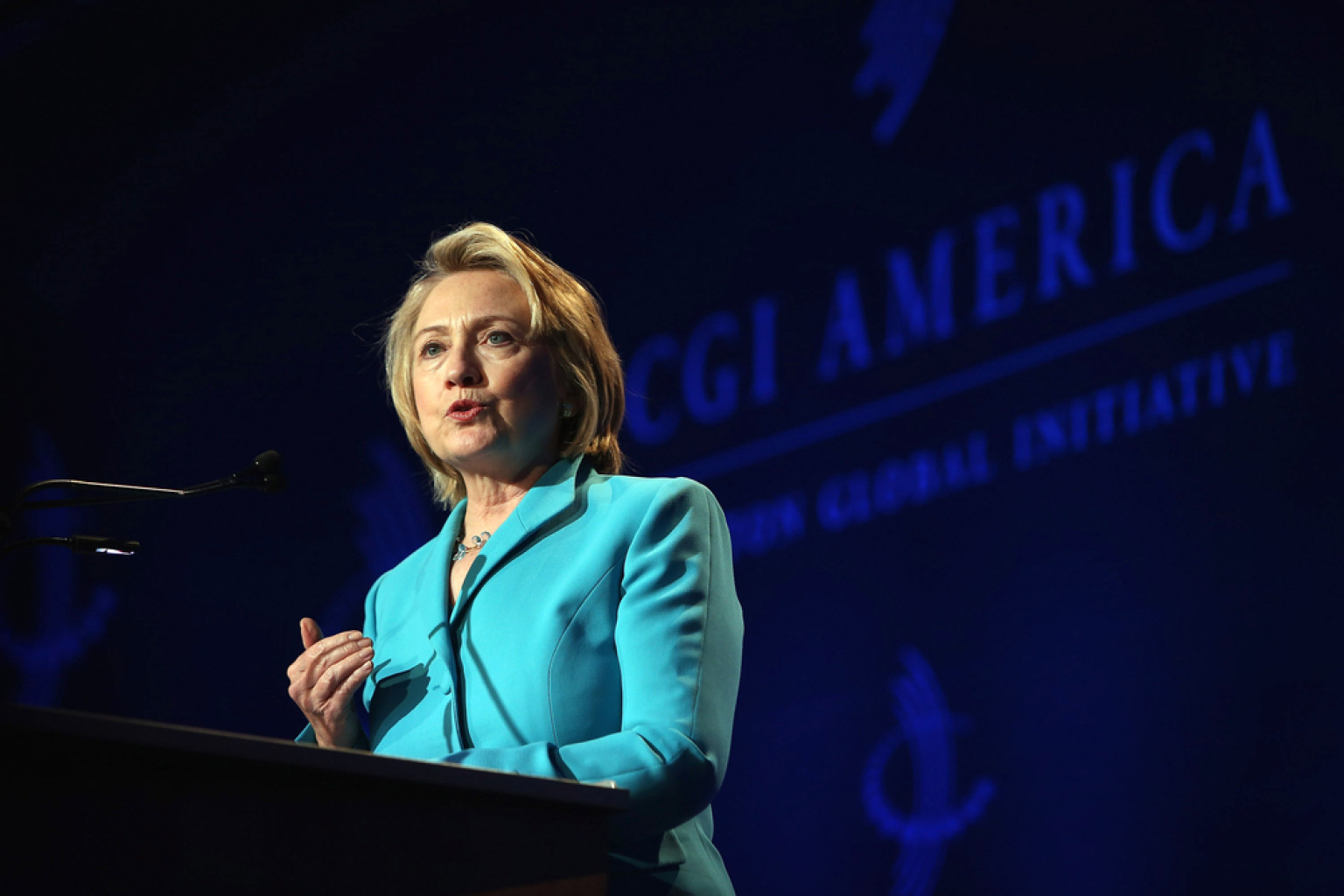 We learned last January that Mrs. Clinton believes that if a person is murdered, after the fact it doesn’t matter how or why.  And while that proclamation was perfectly acceptable to the Obama Administration when it came to the deaths of Christopher Stevens, Sean Smith, Tyrone S. Woods, and Glen Doherty, we’ve come to find out that if the decedent is black, that philosophy does not apply.

Hillary Clinton has expressed more sorrow over Trayvon Martin – a troubled teen whose death a jury unanimously decided occurred because Neighborhood Watch volunteer George Zimmerman was defending himself – than she did over the deaths of four Americans that took place on her watch.

At the 51st annual convention of the Delta Sigma Theta, the largest African-American sorority, Mrs. Clinton expressed sentiments that were more appropriate for the Benghazi Four than they were for ‘Justice 4 Trayvon.’

Clinton shared with the sorority sisters that when she heard that the George Zimmerman verdict was not guilty, she reacted with great “heartache.” In a 30-minute speech pandering to 14,000 African-American women, the former Secretary of State said something that should have been directed toward the families of those who died in Benghazi: “My prayers are with the Martin family and with every family who loves someone who is lost to violence.”

Clinton continued: “No mother, no father, should ever have to fear for their child walking down a street in the United States of America.”  Nor should anyone’s child lose their life as a result of the negligence of a Secretary of State and an incompetent government that abandoned four men in their hour of need while in service to their country.

Let’s put it this way:  Hillary and Obama were in charge of keeping those men and other Americans safe, but like a drunken chauffeur given the responsibility of getting a family home safe after attending a wedding, those who trusted the limo driver ended up dead.

Now, much to Clinton’s dismay, an unbiased citizen jury considered the evidence and decided that George Zimmerman was not guilty.  As a result Hillary, who, like Barack Obama, apparently doesn’t respect a judicial system rooted in what the president called a “fundamentally flawed” Constitution, now claims she suffered “deep painful heartache” when hearing the verdict.

The question for the woman who continues down the path toward 2016 unfazed by the four bodies lying in her wake is:  Where was the “deep painful heartache” when you were speculating about why terrorist militants attacked the Libyan consulate and killed four Americans?  And why, after acknowledging it was a terrorist attack and admitting that we needed to find out “what was going on and why they were doing what they were doing,” which is “still unknown,” have you moved on to bigger and better things?

But you know, to be clear, it is, from my perspective, less important today looking backwards as to why these militants decided they did it than to find them and bring them to justice, and then maybe we’ll figure out what was going on in the meantime.

If she should run for president, it’s important that America remember that Hillary Clinton did say that regardless of whether it was “because of a protest” in Benghazi or because a guy like Trayvon was “out for a walk” on a dark rainy night, after a person is dead, “What difference, at this point, does it make?”

And if what Mrs. Clinton says is true, that in regard to Benghazi “It is our job to figure out what happened and do everything we can to prevent it from ever happening again,” why then would she publicly decry a trial in Sanford, Florida that did what she said needed to be done in Benghazi, but still hasn’t been done?