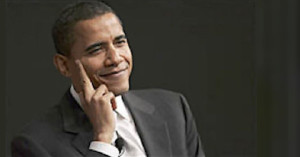 America has discovered that Barack Obama is unrelenting in his crusade to force Catholic and other Christian institutions to compromise their religious convictions.

But the President is, for the most part, clueless when it comes to the rest of his signature legislation.

For months prior to the 2012 election, in order to portray himself as the savior of women’s rights America was hammered with liberal “war on women” twaddle from both the president and his disciples.

Now, one year following the premiere of the “war on women” spectacle, the country is finding out that Barack the Savior is only versed in the portion of the 10,000 page ObamaCare bill that concerns itself with providing free abortifacients, dilation and curettage and the like.

The focus of the debate at the time centered on mean old Catholic institutions refusing to provide employees and students with health insurance that covered birth control, sterilization and abortion. At that time, Sandra, who chose to obtain a law degree from a Jesuit university, took her complaints about her school’s refusal to submit to the Obamacare mandate to Congressional Democrats. And, for good measure, added an anecdote about a phantom woman with a $3,000-a-year bill for protective panoply.

With nary a moment’s hesitation, Barack Obama inserted himself into the thick of the controversy, even going so far as to dial up Sandy to thank her for her valor, console her after her true professional aspirations were outted by Rush Limbaugh, and to compliment her Dad and Mom for raising such an outstanding liberal activist.

President Obama used Sandra’s testimony as a backdrop to future campaign caveats that pointed out that although religious liberty is “critical,” if Constitutional freedom denies coverage to non-Catholic employees, it’s “not fair.”

So the Catholic Church versus the free contraceptive debate undeniably verified that, at least for the guy who swore to uphold the Constitution, fairness always trumps Constitutional fidelity.

Since Sandra Fluke shared the story about her friend with polycystic ovary disease and beseeched the nation to force the Vatican to approve insurance that covers free birth control, it has been officially confirmed that the president, who defended both Fluke and the Affordable Care Act, cares little about the details contained within the law that bears his name.

Along with that came another, more troublesome revelation:  Barack Obama the conniver would gladly exploit the issue of free birth control as justification to shit-can the Constitution if doing so ensured that Catholic institutions would be forced to genuflect before the altar of socialist depravity.

Moreover, despite his ongoing campaign to “win” the war against America’s women, we found out that if you happen to be female, have advanced-stage cancer, and are in the midst of chemotherapy, if your insurance company cancels your policy Barack Obama doesn’t give a rat’s ass if you live or die.

That’s why it’s now clear that our morally-challenged president is more concerned with dressing down Christianity, by forcing them to accommodate hundreds of promiscuous coeds, than he is with helping thousands of suddenly-uninsured cancer patients.