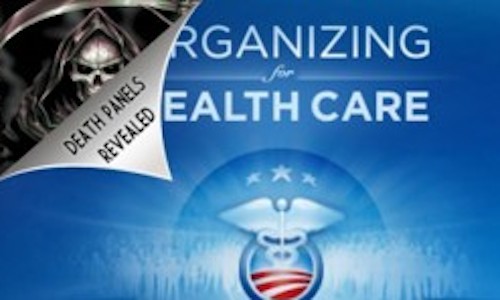 Semantics is a branch of linguistics that studies meaning in language.  Coupled with the interpretation of a “word, sentence or language form,” it is the perfect tool for moral relativists to use when rationalizing the liberal agenda.

Taking a page from The Hobbit, liberal politicians pervert semantics by habitually upending the literal meaning of words that should be accepted verbatim.  For those on the left side of the political spectrum, on any given day, depending on who is doing the wishing, “good morning” can take on any connotation necessary in order to advance their political ideology.

By manipulating words, employing “nuances,” and stretching the truth, former president Bill Clinton was actually able to get many Americans to agree that the meaning of “is” is subjective, which is both remarkable and chilling.

In like manner, for forty years, liberals have also utilized semantics to impact the definition of “life,” and not for the better.

Since the ruling of Roe v. Wade, supporters of abortion have been desperately trying to convince themselves and others that a growing, developing fetus is not alive and that, much like the concept of “is,” “life” is also a subjective notion that hinges only on viability.

As a result, not only have semantics specialists managed to change the foundational definition of life in the minds of those inclined to agree with them, but they’ve also been effective at keeping the idea fluid.  Far afield from where it started in 1973, “pro-choice” has now come to mean disposing of human beings up to and including the very moment of birth (and in some cases, even after birth).

That’s why, as the government gears up to assume the role of determining who lives and who dies, the nation that has exploited semantics to explain away the morally repugnant procedure called abortion is about to find itself backed into a corner of its own making.

Ever since the idea of the Affordable Care Act (ACA) was introduced, and certainly since it was signed into law, realists like Sarah Palin have forewarned that a government teetering on bankruptcy would eventually have no choice but to ration health care.

Eschewing semantics, right from the start Palin pegged the ACA’s Independent Payment Advisory Board (IPAB) for what it is: a “death panel.”  Made up of 15 unelected bureaucrats, the IPAB was established expressly for the purpose of determining whether doctor-recommended treatment will be paid for or not.

Refusing to acquiesce to pressure to renounce her death panel definition, Sarah’s bold stance can certainly be likened to pro-life Americans refusing to demote an unborn child to the sanitized identity of “fetus.”

Now, the very people who welcomed alternate meanings of the word “is” and embraced the term “fetus” are outraged that an “independent payment advisory board” is being vilified by the right even though its function is to decide which lifesaving treatments will be paid for and which ones, because of cost, a chronic condition, and/or advanced age, will be denied.

Liberal semanticists bristle at the thought that anyone would dare to suggest that a Barack Obama-appointed review board would hand over sick Americans to a Liverpool-style “die with dignity” Care Pathway merely because, for example, a patient is too elderly to justify spending otherwise better allocated funds on a pacemaker.

Then along comes TIME Magazine‘s senior political analyst, Mark Halperin.  In an appearance on The Steve Malzberg radio show, Mark ratcheted up the debate when he matter-of-factly stated that cost-control rationing, aka death panels, are built into the ACA.  Like Palin, Halperin, who has since toned down his original comments, avoided semantics and plainly said, “It’s not like a guess or like a judgment.”  Death panels are “going to be part of how costs are controlled.”

Since more than one person has now made the “death panel” accusation, Americans are becoming increasingly apprehensive that Barack Obama, who has lied about everything having to do with his signature legislation, is also being disingenuous about health care rationing.

In response to the panic, liberals adept at contorting reality are being reduced to paraphrasing Tolkien’s old bit: “Do you wish me a good morning, or mean that it is a good morning…?”

ObamaCare apologists are attempting to temper the hysteria by stressing that controlling costs does not mean rationing, and that denying health care in order to control costs does not mean people who are dying are condemned to death just because they’re denied treatment that would save their lives.

Now the Roe v. Wade generation who leaned on semantics to justify “the right to choose” are precariously close to becoming victims of a government that stands poised to exercise the right to choose on them — this time not based upon anything so high-minded as a woman’s reproductive rights, but rather on cost efficiency.