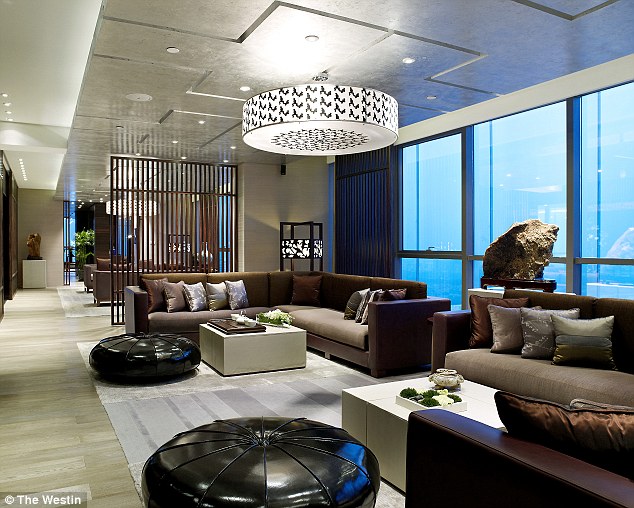 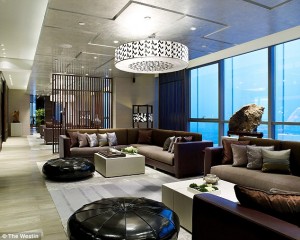 Forlorn without the group of women he leaves whenever he gets a chance to go golfing, Barack Obama is so distraught the womenfolk are in China he immediately soothed himself by hosting a screening of Cesar Chavez: An American Hero.

Meanwhile, Mrs. Obama, her mama, daughters, an entourage of 70 people, and an army of Asian-American Secret Service men are on a Far East journey that the White House says “will be light on politics and heavy on personal diplomacy.”

However, based on the hefty cost of the first lady’s presidential hotel suite and the concierge’s complaints that, despite having a 24-hour butler, Grandma Marian is “barking orders” at the staff, the trip might better be described as ‘light on diplomacy and heavy on arrogance and discourtesy.’

Remember last year when Michelle couldn’t find the time to fly from Washington DC to California to meet China’s first lady? Well this year, Shelley chose to fly 15 hours one way to China where Peng Liyuan cordially welcomed the woman who had shown her blatant disrespect. At any rate, Mrs. Obama did tell Peng that it was “truly an honor and a privilege” to visit China with the clan in tow.

Then, the woman who in the last six years, usually accompanied by Mom and one or both of the kids, has been to Africa three times, Norway, Great Britain, Ireland a few times, Paris for a shopping spree, Spain, Mumbai, Jakarta, and Rio de Janeiro, actually said:

Playing the part of gracious hostess, Peng escorted the three generations on a guided tour of the Forbidden City, including the Hall of Supreme Harmony pavilion, which would be a great name for the Capitol Building in the ‘Forbidden City’ of Washington DC.

Chinese President Xi Jinping, whose government, not counting the cost of Michelle’s ‘Excellent Chinese Adventure,’ is owed $1.3 trillion by the United States and who sided with Vladimir Putin on the Crimea invasion one week prior to his scheduled meeting with Mr. Obama at the nuclear security summit in the Netherlands, greeted Michelle at the Diaoyutai State Guesthouse.

While amassing a huge military force, Xi told Michelle, “I cherish my sound working relationship and personal friendship I have already established with your husband, and we stay in close touch through meetings, phone conversations and correspondence.”

Following the ‘heavyweight’ cultural commendations, Mrs. Obama reiterated that the goal of her trip was to focus on education, which she said “is an important issue to both of our countries.”

Education is clearly important in China, where students perform magnificently in math, science and writing.  On the other hand, America is a country where a ridiculously large number of students require college remediation because after 12 years of Obama-supported public school indoctrination, making change from a $5 bill and cobbling together a coherent sentence are beyond their grasp.

As part of her “people-to-people exchange,” while Grandma Marian was busy being rude to the hotel staff, Mrs. Obama attempted to minimize the damage by whacking around a tennis ball with Chinese schoolchildren.  Michelle did admit she’s a rookie at the sport but added, “My husband plays. He thinks he’s better than he really is,” a declaration that describes a tendency that goes far beyond tennis.

There was also a calligraphy demonstration where Mrs. Obama was taught how to ink the Chinese character for a word that perfectly captures what the last six years in America have felt like: “eternity.”

Following suit, Peng wrote out a four-character adage that translates to “Great virtue promotes growth,” then signed it and gave it to Michelle as a souvenir. Other than ignoring coded calligraphy messages, in order to keep things light and upbeat Michelle has vowed to avoid the topic of Chinese victims of human rights violations.

Lest we forget, Mrs. Obama’s husband does approve of allowing babies to die without medical care after botched abortions, so it’s no big deal if in China, according to Amnesty International, “500,000 people are currently enduring punitive detention without charge or trial.”  In addition, “harassment, surveillance, house arrest, and imprisonment of human rights defenders are on the rise” — as is censorship of the Internet and other media, repression of minority groups including Christians, forced abortions, thousands of executions, and harvesting organs from living prisoners.

Not to worry: unsavory practices like selling prisoners’ livers on the black market will not dampen the good time Michelle has planned.  Unlike the political prisoners rotting in Qincheng prison, our first lady will be dining at a Tibetan restaurant in Chengdu and then, after unwinding in her personal steam room after a grueling day of Ping-Pong diplomacy, will relax on silk pillows in her 3,400 square-foot presidential suite “masterpiece.”

According to the Xinhau news agency, Michelle’s choice to remain non-political is a good one because political issues are “better handled via official diplomacy.”  Xinhau stressed, “The uniqueness of the role of first ladies is its soft touch and freedom from the knottiness and even ugliness of hard politics.”

Being unencumbered by the “knottiness and …ugliness of hard politics” releases Michelle Obama to do “soft touch” first lady things such as spend lots of money on unofficial trips, enjoy international sightseeing, dress in silky red dresses in her unspoken fashion competition with China’s first lady, and burn up millions of dollars in jet fuel.

And oh yes, it also provides her the freedom to lodge in a 52,000 Yuan ($8,400) per-night hotel suite complete with a bar, a Jacuzzi, dining for six, and a treadmill to work off what she eats in swanky restaurants.