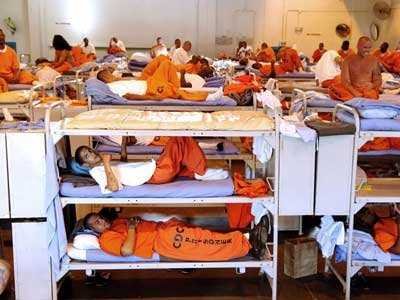 Rumor has it that Barack Obama may be readying another Executive Order.  This time it’s to halt the deportation of illegal immigrants.  That announcement comes just days after America was alerted to the fact that in 2013, with the approval of the Obama administration, ICE released 36,000 illegal immigrant convicts who were patiently awaiting the outcome of deportation proceedings similar to the ones the president is currently hoping to do away with.

Now, coming out of Tucson, Arizona we hear the story of an innocent woman almost having her skull fractured by an illegal alien drug smuggler as she cleaned the restroom in Chiricahua National Monument Park.

Question:  Where does the anti-gun hero of Gabby Gifford Tucson Memorial fame stand on an illegal alien bashing in a woman’s head with a rock, hitting it so hard that the weapon of choice split in half, leaving the victim with a brain injury and a limp?

While waiting for that answer, let’s quickly review what happened nine months ago to Karen Gonzales, aged 60, who, two weeks prior, buried her husband of 34 years: The grieving widow was beaten in broad daylight by undocumented immigrant Gilbert Gaxiola.

Gonzales was cleaning the women’s restroom at the Faraway Ranch Campground in Chiricahua Park when the 33-year-old attacker came at the woman brandishing a rock.  Using the element of surprise, Gilbert, who Barack Obama might argue is only in this country illegally because he’s trying to make an honest living, hit the woman in the head and slammed her body against a metal door.

Suffering defensive wounds from fighting off her attacker, Karen ran after Gilbert, who then dragged her back into the bathroom and later proceeded to steal her truck.  After driving off he was picked up on surveillance video buying food at two fast-food restaurants (a guy’s got to eat) and shopping at Walmart (after working up a sweat, a guy needs grooming supplies).

Gonzales said, “He stole my truck to get back to Douglas and he was caught the very next day with a drug load.”

Astute woman that she is, Karen said that she had a “gut feeling when I was up at the bone yard that someone was watching me, and he was.”

Scenic Chiricahua park, named for the Chiricahua Apaches, is run by the National Park Service which, according to the website, is a “bureau of the U.S. Department of the Interior and is led by a Director nominated by the President and confirmed by the U.S. Senate,” none of whom seem overly concerned that the park’s hiking trails are used by drug smugglers.  Nor do they seem bothered that, in the crevices of the “Wonderland of Rocks,” Mexican drug cartels assign watchmen who are stationed specifically to warn drug smugglers of Border Patrol activity.

While Barack Obama and John Boehner prepare to grant lowlifes like Gilbert Gaxiola amnesty, Karen, who is still recovering nine months later, says “It’s pretty amazing I survived. It makes me think that there is something else I have to do with my life. I’m still around for a reason.”

Meanwhile, Gilbert Gaxiola was charged with attempted first- and second-degree murder, armed robbery, three counts of aggravated assault, kidnapping, and auto theft.  Missing from the list were drug smuggling and illegal entry into the US, which makes one wonder whether crimes of that nature have now become too trivial to address.

Nonetheless, Karen Gonzales, who besides losing her husband Bob, also lost her son and more recently her mother, continues to limp around, while Mr. Gaxiola awaits trial. That is unless Barack Obama again decides to exercise another round of “prosecutorial discretion” and releases Gilbert as well as another 36,000 illegal alien convicted murders, rapists and other various and sundry criminals onto America’s streets and into America’s national parks to prey on other unsuspecting Americans.