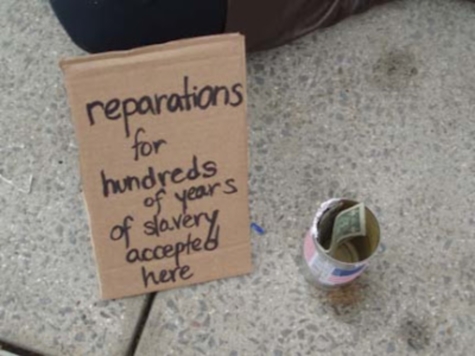 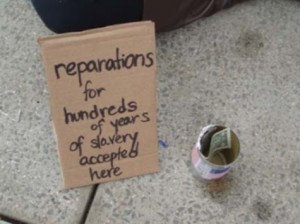 Could someone, anyone please explain what’s going on in America right now? Chaos is ensuing while criminals are being given carte blanche to exact some sort of imagined revenge on a segment of society that has done nothing to deserve their wrath.

In America today there is an undercurrent of prerogative that is being fomented by an administration that is quietly standing by, allowing those who wrongly deem themselves oppressed to demand restitution from those they wrongly identify as oppressors.

It’s happening on the border. As payback for some twisted idea of expansionism, Barack Obama is waving through, from parts unknown, millions of those he feels have been wrongly expanded upon and who, as a result, he believes have suffered pain and ruined lives inflicted by the U.S. Judging from Obama’s open-borders immigration policy, it appears the president, in every venue, is purposely exposing Americans to as much pain as he can.

For instance, despite Third-World diseases like MDR-TB and dengue fever infiltrating the safety barrier that used to be our border and the deadly Ebola virus straining to relocate in the west, the Obama administration continues to demand that Americans subdue their desire to resist the relentless invasion by accusing those who recognize what’s being forced upon us of being heartless racists.

Meanwhile, pathogens are making their way into our midst that will surely bring with them misery and death.

The president might as well just grant dispensation to rapists and then instruct Americans to lie still and endure it because, just like women often get subtly blamed for being raped, according to Obama, if America is suffering the same abuse, it’s America’s fault.

As part of the president’s desire to “level the playing field” worldwide, Americans are being asked to stand down, submit and accept thousands of poor, sick, government-dependent illegals and to ignore the fact that the law is being broken and our borders and Constitution ignored.

Then there is the imminent threat of a terrorist group more deadly and more powerful than al Qaeda vowing to “drown all of [us] in blood” – yet the border remains wide open.

The same philosophy is what is driving the fervor in Ferguson, Missouri. In Ferguson, there is an unspoken acceptance that a thug high on marijuana can rob a convenience store, and then disobey and charge at a police officer. Then, after the officer shoots and kills the linebacker-sized hooligan, said hooligan is lionized and the police officer vilified.

Well, it seems that although Democrat John Conyers Jr. of Michigan proposed H.R. 40, which is a Commission to Study Reparation Proposals for African Americans, since no reparations have been officially granted, in a roundabout way robbing and ransacking are reparations by proxy.

The giving in Ferguson is similar to the giving that’s taking place on our border. Exemption is being granted to lawbreakers, criminals are being portrayed as victims, anarchy is being excused, and silent sanction is being granted to chaotic disruptions that threaten the common good, the public peace and the racial stability America has worked decades to establish.

Illegal aliens are barging into our classrooms, hospitals, health clinics, and neighborhoods, bringing with them, in addition to various diseases and viruses, an entitlement mentality that demands to be given something that really isn’t owed. And to boot, Americans who oppose illegal immigration are the ones footing the bill.

As for the louts of Ferguson pillaging and running roughshod through the town, they are using the excuse that past injustices give them license to do what everyone, be they black, white, or purple with pink polka dots, knows is criminal.

And silently on the sidelines stand a president and party who, by their lack of condemnation on all counts, tacitly suggest that both looting and an illegal invasion are just rewards for those whose oppression, in many cases, is self-inflicted.