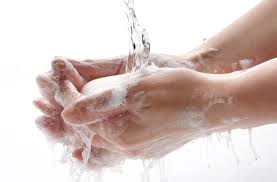 First I’d like to say that I am not a medical doctor, so critics can refrain from mockingly referring to me as “Dr. DeAngelis.”

My credentials lie solely in my experience as a mother and grandmother who’s lived on this planet for more than a half century. That, along with a modicum of common sense and the ability to apply reason and logic, has helped me to connect some dots about many things, the most recent being the outbreak of Enterovirus EV-D68, which is currently affecting thousands of American children.

Recently, I wrote an article entitled “The Invasion of Enterovirus EV-D68.”  Most readers agreed with the premise of the piece, which suggested that “unaccompanied children” who, with the help of President Obama, have infiltrated our nation by the tens of thousands, might have brought with them a rare influenza-like disease that hasn’t been seen in America for 40 years.

However, there were those who argued that my article was pure speculation and conjecture.  That particular group is made up of people who hear an asteroid is heading toward earth and rather than accept the truth choose to focus on discussing the beauty of the planet Uranus.

Although what I wrote did not suggest that I was certain the virus that’s turning American children blue in the face and requiring them to be intubated with breathing tubes originated from illegal children, it certainly posed a question that could be interpreted that way.

For me at least, logic dictates that if a rare virus is absent for 40 years and then suddenly appears in states that illegal children have been recently relocated to, it’s fairly safe to assume that at some point a host carrying the virus showed up in a place where no prior Enterovirus EV-D68 had appeared.

Correct me if I’m wrong, but to be infected with a virus one does need to be exposed to a virus.  So from a non-M.D. point of view, it makes sense that children who migrated illegally to America suffering with respiratory illnesses are the ones infecting previously-uninfected children.

It just so happens that Latin America is home to a fairly long list of scary infectious diseases.  So logic tells us that if people harboring communicable diseases are brought into our midst there’s a good chance those contagions will be passed along to us.

But, if scientific evidence is required, some additional research seems to provide that evidence, because as it turns out my theory that the Enterovirus came to America from Latin America (mainly Central America) is supported by a medical study conducted in 2013 at a U.S. Naval Medical Research Unit in Lima, Peru.  The study, published in Virology Journal, was entitled “Human rhinoviruses and enteroviruses in influenza-like illness in Latin America.”

Although Enterovirus EV-D68 had not surfaced here in America in 40 years, the research team concluded that:

In Latin America as in other regions, [Human rhinovirus] HRVs and [Human Enterovirus] HEVs account for a substantial proportion of respiratory viruses identified in young people with ILI [influenza-like illness], a finding that provides additional support for the development of pharmaceuticals and vaccines targeting these pathogens.

In other words, as of 2013, one year prior to the Obama administration encouraging and facilitating an influx of children from Latin America (primarily Central America) across the border, the U.S. government was well aware that when these children arrived they would be carrying with them a pathogen that accounts for a “substantial proportion of respiratory viruses identified in young people” living in Latin America, as well as a whole host of other viral maladies.

Interestingly enough, while pediatric Enteroviral infections are most commonly spread through a fecal-to-oral route, they can also be transmitted via “respiratory and oral-to-oral route,” which is “more likely to occur in crowded living conditions.”  Unfortunately for those not yet afflicted, “Enteroviruses are quite resilient… remain viable at room temperature …[have an]… incubation period [of] usually 3-10 days… and can survive the acidic pH of the human GI tract.”

That means if little Humberto, who has not yet learned the ins and outs of post-potty hand-washing, shares a doorknob with a kid from Kansas, depending on the practices of the facility, that doorknob could retain the capacity to infect healthy children for the next 3-10 days.

Respiratory illnesses and “unfamiliarity with bathroom facilities” as well as many other unappetizing facts have been repeatedly confirmed concerning “unaccompanied children” being dispersed throughout America.  That’s why it doesn’t require a medical degree to figure out that the rare-in-America Enterovirus EV-D68 arrived here with children harboring Third-World diseases whose Third-World bathroom habits now share contaminated classrooms with once-healthy American children.