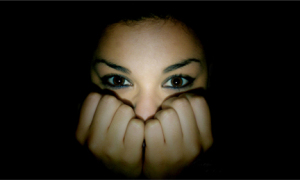 Women – a key Obama voting bloc – in a stunning admission are now saying that the man they elected mainly because of his assurance that if they wanted to they could kill their unborn babies, makes them feel “unsafe.”

On MSNBC’s Morning Joe, journalist Tina Brown discussed with Joe Scarborough and Mika Brzezinski the president’s declining poll numbers, his enormous ego, and how, when it comes to Obama, women are now feeling insecure.

Sorry to have to break it to the women of America, but when you elect a president whose claim to fame includes putting his approbation on partial-birth abortion and denying medical care to infants born alive in botched abortions – no one is truly safe.

Lest we forget, this is the man who told Jane Sturm that her 105-year-old mother, because of her advanced age and despite her zest for life, would be denied bypass surgery and given a pill.

Now here we are, six years after the Hope and Change Express pulled into the station, and lo and behold, women who wanted to be assured unfettered access to abortion are realizing that the guy who promised them that right is personally responsible for the deaths of children whose mothers wanted their children to live.

Little did American women know when they clamored for free contraceptives and government-funded feticide that Obama’s ideological quest to ”fundamentally transform the United States of America” would include killing dearly-loved children with deadly Third World diseases like Enterovirus 68, Ebola hemorrhagic fever, leprosy, MDR-TB and God knows what else.

But then again, when killing is essentially the motivating factor in voting for someone, it usually doesn’t take long for those who thought they’d be spared the horrific fate 3,000 unborn babies endure each day to find out that everyone’s life, born and unborn alike, has very little value to the man currently exercising his right to choose on a whole nation.

Want to talk “unsafe”? How about Obama’s blatant unwillingness, despite the public outcry, to ease up on the national makeover, which continues to expose 300 million people to everything from the potential to be publicly beheaded to the prospect of bleeding out of every orifice of a virus-riddled body?

I think they’re beginning to feel a bit that Obama’s like that guy in the corner office, you know, who’s too cool for school, calls a meeting, says this has to change, doesn’t put anything in place to make sure it does change, then it goes wrong and he’s blaming everybody.
Unfortunately, it’s a little late for Ms. Brown and the large swathe of liberal women she speaks for to be figuring that one out.

Moreover, decrying Obama’s propensity to deflect blame is a strange sentiment coming from women who helped set the current tsunami of tragedy in motion – voting twice for the guy who was “too cool for school”, whose only real promise was to protect their right to kill their unborn children.