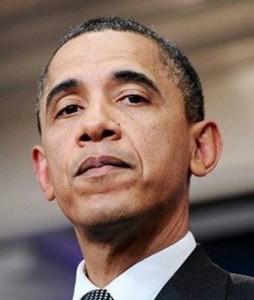 Article I, Section 8, Clause II of the U.S. Constitution states the following: “The Congress shall have Power to …declare war.” Currently, America is at war — not only with the ISIS types, but also with a president whose flagrant actions against our nation’s interests indicate that he is, in essence, at war with us.

Historically, when it comes to declaring war, presidents tend to defer to Congress. A declaration of war affects legalities and duties related to acts of aggression against America. Regrettably, right now we have a president who defers to absolutely no one and he’s the one guilty of committing those aggressive acts.

America’s Styrofoam-cup-saluting leader is supposed to be “repelling sudden attacks,” not coordinating them. That’s why, however unconventional it may sound, Congress should consider this illegal raid against our sovereign nation, regardless of who the alien army’s leader is, an act of war.

During the Constitutional Convention, framer James Madison wrote that Congress should be given the power not to “make war” but to “declare war.” If promoters of congressional power are correct, doesn’t Congress — whether they like it or not — then have a moral responsibility to “declare war” on any force that initiates hostilities against the United States?

In 1863, the Supreme Court argued the Prize Cases. At the time, the court determined that the president “has no power to initiate or declare a war,” and yet 150-plus years later it’s President Obama who has initiated and declared war. Unfortunately the war he’s declared is against America.

That’s right — the U.S. is grappling with a leader whose greatest achievement thus far is ruining the world’s finest healthcare system. Next on his agenda of destruction is to outdo himself by completely rejecting the clear midterm election message conveyed to him by the American people concerning immigration.

America has a Commander in Chief who’s gutting our armed forces, and although one aspect of the president’s stated powers is to repel invasions, this president is aiding and abetting an all-out invasion against our homeland. As a matter of fact, as each minute passes Barack Obama is adding numbers and manpower to an apostate force.

Barack Obama, “who is [Constitutionally] bound to resist by force” an invasion by land, sea, and air, has plans to ignore the will of the people and instead favors the desires of trespassers who continue to disrespect the laws of the land they’re in the process of illegally claiming as their own.

In other words, the very person with the “executive power” and the express commission to protect this nation from outside incursion is helping to incite what he was elected to prevent.

Maybe someone should remind the Enemy Within the Oval Office that the 2014 election resoundingly declared that the direction in which America is being pushed is not the path the people of this Constitutional republic want to take.

Meanwhile, a new Congress has been voted in whose unspoken charge is to thwart an army of invaders being guided by a renegade president planning to unilaterally grant amnesty to untold millions of illegal aliens, a formidable number of whom Americans know harbor ill will and/or carry with them infectious diseases.

Constitutionally, to prevent unbridled actions that veer dangerously close to treason, there are orthodox means for Congress to deal with loose-cannon presidents who refuse to submit to the balance of powers instituted by our Forefathers.

But in this case, the self-appointed Commander of Illegal Immigrant Forces has made it quite clear that as far as he’s concerned, for his purposes, America’s founding document has a “fundamental flaw” and is irrelevant. Therefore, although Congress declaring war on a president is not possible, based on Obama’s disregard for the fidelity of the Constitution, doing so seems like an acceptable option, however far-fetched.

Why? Because never in the history of the republic have we witnessed a leader who has commenced hostilities against his own nation with such vigor, determination, and pigheadedness. Moreover, right under our noses the person responsible for repelling invasions is exploiting one to create eclectic armies of individuals, some of whom have threatened to one day subjugate our nation’s citizens physically, economically, spiritually, and culturally.

By declaring war on a president who is clearly an adversary of America, the Congress can then exercise the legal power to round up, detain, and deport ISIS terrorists, MS-13 gang members, illegal alien criminals of every stripe, as well as the thousands of human time bombs harboring deadly diseases that have already sickened and killed scores of our people.

Based on his subversive actions, by definition Barack Obama is indeed making war against America, and it’s high time Congress responded by declaring their own war on a man who became a domestic enemy the day he violated his oath by refusing to “preserve, protect and defend the Constitution of the United States.”

Under different circumstances, Barack Obama’s contempt for the very document that protects him would make him subject to a separate set of rules. As tempting a fantasy as it might be, we do know that Congress cannot literally declare war on a sitting president. But then again, Obama’s uncompromising refusal to defer to the U.S. Constitution does warrant a historic rebuke.

Either way, it is incumbent upon the new U.S. Congress to rise to the occasion and save this Republic. That’s why congressional consent is now needed for an entirely new purpose: to stop the one exercising the use of force against America from within. Congress must do whatever is necessary to deprive Barack Obama of the power to continue his ongoing attack against the nation he was elected to protect.