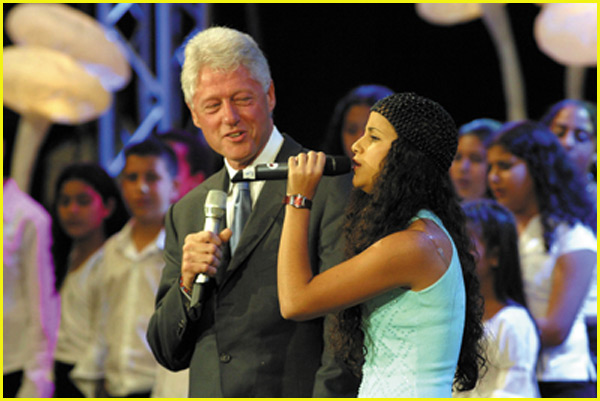 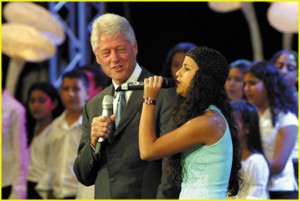 Bill Clinton has been named in a lawsuit against a onetime billionaire “Friend of Bill” named Jeffrey Epstein. That means there may be another vast right wing conspiracy afoot. Accused by over 40 women of being a sexual predator, American financier Mr. Epstein is a man who, in a way similar to Bill Clinton’s weakness for White House interns, has a weakness for female jailbait.

Before Epstein admitted and was convicted of pedophilia and, thanks to his political connections, sent to jail for only 13 months, Clinton, who probably only has an affinity for the juicy fruit native to the Virgin Islands, was a frequent guest at the Caribbean playground.

Humanitarian that he is, Slick Willy was probably in the Caribbean raising money for charity and sipping Cruzan Rum. Or maybe Bill was on a mission hoping to encourage his good pal to seek out age appropriate women as sex partners.

In addition to Bill Clinton, Epstein was also chummy with former Governor Eliot “Black Socks” Spitzer and Prince Andrew, the latter of whom recently was also accused of underage sexual abuse. British royal Prince Andrew even stayed at the ex-con’s New York City mansion months after Epstein was released from jail in 2010.

It was reported in the National Enquirer that Jane Doe 102 was forced to live as one of Epstein’s underage sex slaves for years and had sex under duress with “politicians, businessmen, royalty, academicians, etc.”

According to the lawsuit, when Epstein was busted in 2008 for diddling around with underage prostitutes, Bill dropped him like a chewed-on cigar butt.

Still, there’s no proof of Bill Clinton’s guilt. However, as past history has proven, the likelihood of the ex-president visiting the Caribbean sex island and choosing not to participate in the festivities is about as probable as a cigar aficionado visiting the Gurkha $1,000 cigar factory in Miami and taking a pass on the hand-rolled stogies.

Nonetheless, just because he poses with prostitutes from the Nevada Bunny Ranch doesn’t mean Slick Willy would venture into the dark netherworld of pedophilia by having sex with underage girls against their will.

As for Hillary, in the run-up to 2016 a sex scandal comes at a very bad time. How will Hillary accuse Republicans of not doing enough for the children if her husband is suspected of statutory rape? That’s why only time will tell whether Bill Clinton’s affiliation with a pedophile will impact his chances to park his humidor back in the White House.

In the meantime, if Bill Clinton finds himself in another sexual pickle, so to speak, he can always wiggle his way out by reminding his accusers that when it comes to these tawdry, illegal accusations, “it depends on what the meaning of the word ‘pedophile’ is.” If that doesn’t work, irreverent liberal comedian Bill Maher can always deflect on Hillary and Bill’s behalf by placing added emphasis on Catholic priests molesting little boys.

Still, whether the man with the unquenchable libido had sex with little girls or not, what is undeniable is his friendship with an admitted pedophile and his time spent cavorting at the scene of the crime. Not to worry though, because when confronted with the topic of underage sex slaves, all Charlotte Clinton Mezvinsky’s totally believable grandpa has to do to clear his name is swear that he “did not have sexual relations with that 15-year-old girl.”