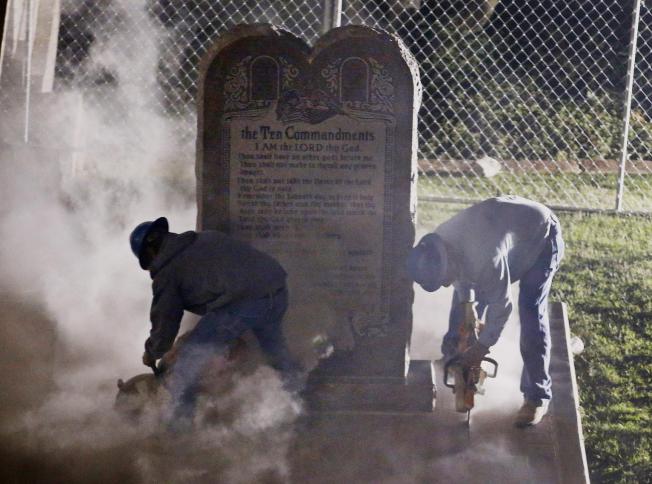 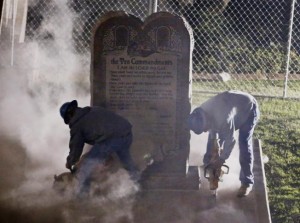 The government that keeps insisting that when it comes to things like killing 4,000 babies a day morality cannot be legislated is once again, via government fiat, attempting to legislate yet another one of Obama’s long list of unconstitutional commandments.

This time the secularized directive falls into the “Thou Shalt Not Kill” category.

Seems Obama believes that making a gun harder to get will somehow prevent psychos from obtaining the weaponry they need to murder and maim people. After all, everyone knows that when killers plan homicides, obtaining a legal murder weapon is their utmost priority.

The glaring fallacy in the president’s focus arises when discussing the illegal aliens he ordinarily supports. Obama doesn’t seem to care or notice that based on the number of crimes illegal felons commit, people crossing the border unlawfully are much more of a problem in America than law-abiding Americans with legal firearms.

Moreover, if Obama believes that “gun free zones” and stricter gun laws will work for individuals with malicious intent, then why not establish “beheading- and immolation-free zones” in Syria? Or better yet, why doesn’t the president personally demonstrate his faith in “gun free zones” by dismissing his security detail when visiting places that have stringent gun-control laws, like Chicago?

Nevertheless, what’s most ironic about this whole controversy is that while Barack Obama is attempting to legislatively thwart murderous tendencies in sinful human beings, at the same time, in the interest of separation of church and state, Oklahoma is about the business of removing a Ten Commandments memorial from the grounds of the state’s capitol building.

Lest we forget, long before Barack Obama graced the planet with his awesomeness, God had already suggested his idea of “Thou Shalt Not Kill.”

In fact, God is the reason why, under cover of the night, the stone six-foot high Oklahoma Ten Commandments monument that was erected in 2012 was moved off of public property. Oklahoma was so committed to ousting Yahweh from the public square that they paid $5,000 to relocate the two-ton symbol of ancient religiosity a few blocks from the capitol premises.

So there you have it. As the president prepares to put down his phone and pick up his pen to sign into law legislation he believes will prevent murder, the Oklahoma Supreme Court decided that a tribute to antiquity that says “Thou shalt not kill” violates a state constitutional prohibition on the use of public property to support “any sect, church, denomination or system of religion.”

I get it! The same people who for time immemorial have murdered simply because they were insulted by God’s suggestion that killing isn’t something “thou shalt” be doing are suddenly going to accept and submit to Barack Obama making the exact same suggestion because he proposes the same concept in a non-spiritual, legalistic way.

So, in other words, in a secular society, if God has something to say it’s prohibited from being mentioned in the public square. Yet Barack Obama believes that if someone like himself (who thinks he’s a god) says “Thou shalt not kill,” those who ordinarily balk at the idea of basic morality and reject religious edicts will graciously acquiesce.

By sheer force of his will, Obama believes he can stop the killing that has gone on for thousands of years and accomplish what God Himself, who has granted free will, has thus far been unable to accomplish.